Today is a national holiday in South Africa. My alarm went off at 4:00am. Jessica was already up — at least we know the alarm in her new phone works! When I got up she’d already packed and checked her Uber app to make sure there were cabs in the area at this time of the morning — there were. So she ordered one and 5 minutes later it was at our door. We loaded her suitcase in the trunk and said goodbye. And she was gone. She messaged me about half an hour later — she was safely at the airport, and the cab fare was less than 100 Rand so it was a free ride for her! Great. I went back to bed.

At 6:30 Sue woke me up again. Time to get ready for our morning golf game. I made coffee, Sue cut up a mango. We were at the Metropolitan course for our LAST game there for this trip! We were paired up with Bennie and his son-in-law Lawrence, both from Bloemfontein, a city between here and Johannesburg. Lawrence is here to run his fifth ultra-marathon (56km around the Cape Peninsula, including some SERIOUS hills) this weekend, along with 11,000 other ultra-marathoners! 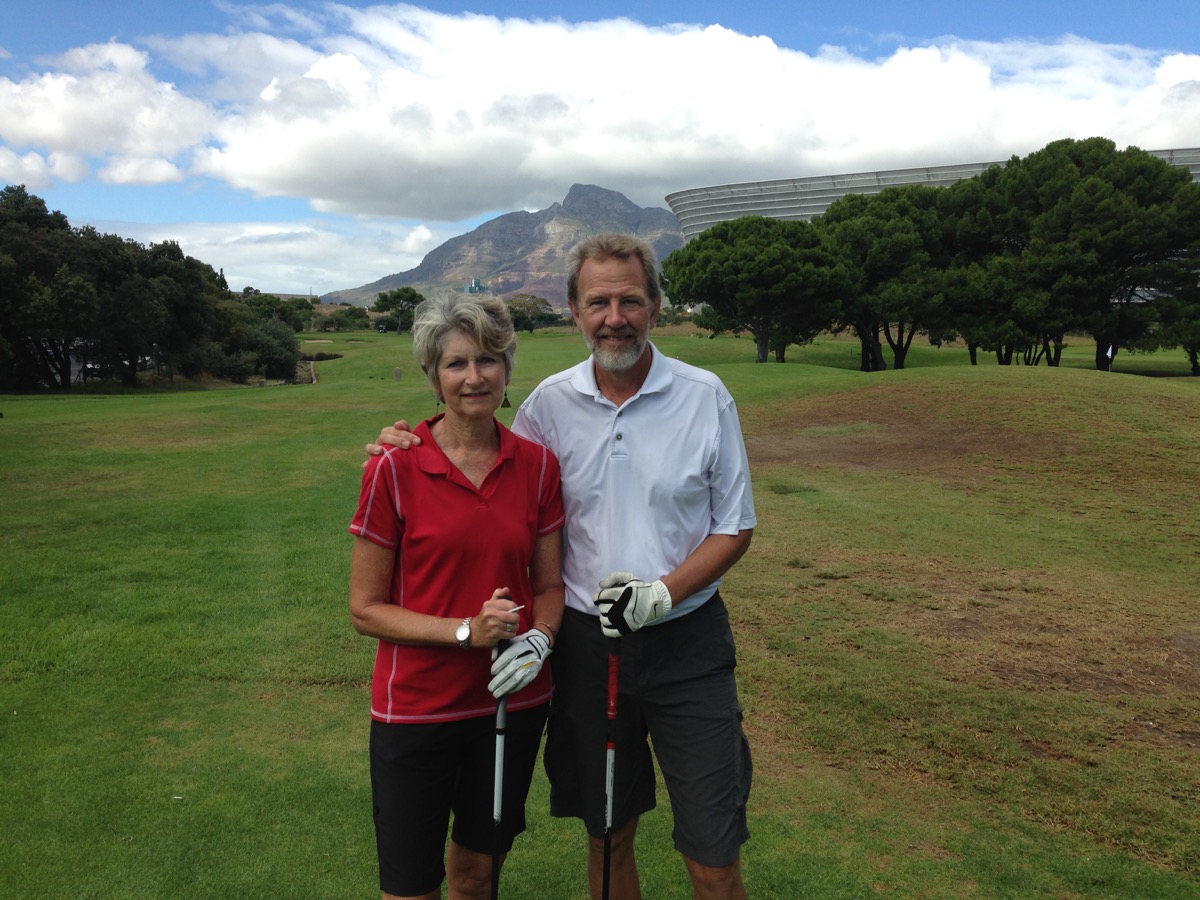 We had a great round of golf, not because our scores were so good (although they were better than they’d been for a few rounds here), but because the company was. We stopped at the clubhouse after the first 9 holes and enjoyed a quick bacon and egg breakfast before finishing the back nine. We’ve learned that a quick stop at the cafe after the first nine holes is customary here in South Africa.

We stopped to fill up gas on our way back home. Then Sue made sandwiches and did two loads of laundry. She even had a little nap this afternoon while I worked on a website. By early afternoon we’d heard from Jessica: she is safely back in Lilongwe, Malawi.

By suppertime it was getting a bit cooler and windier outside. That too is something we’re noticing — other years, when we were in the southern states, the temperatures got warmer as our time to go home got closer. Here it is now autumn and the temperatures are starting to fall a bit. Sue didn’t really want to go out for supper so I went down to the Rocomama hamburger joint to pick up a couple of burgers. On the way home I met Mike down on our street — he too has had a turn of bad luck; his backpack and all his clothes were stolen and because today is a holiday there weren’t a lot of cars parking on our street, so not too many ‘tips’ for him today. I gave him 50 Rand and wished him well. He was very grateful.

We ate supper and then set up the TV so we could watch another of my downloaded movies. Our internet stopped working just before supper and I really wanted to watch the ‘live’ Apple event at 7pm. Luckily my phone still had data so I could watch it — well, for about 10 minutes it did, and then it too was done when I’d used up the remaining data time! Now what? We decided to watch ‘Meru’, a documentary about mountain climbers trying to climb one of the toughest peaks in the world (Meru is a ‘shark fin’ mountain in India). I believe it was a good movie — at least that’s what Sue said when I woke up from a little nap of my own!

It was ten o’clock. We had some dried fruit and chocolate and decided to call it a night.