I filled up the tank and shook the dust off my sandals as I left Mesquite this morning. I’ve rolled up my jeans and packed them away — it’s shorts and sandals from here on. 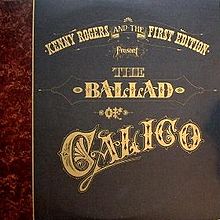 I decided to take a small detour from Google Maps’ suggested route to Palm Desert — after many trips near here today I would finally visit the ghost town (and tourist trap) of Calico. One of the first record albums I bought was a double album by Kenny Rogers and the First Edition, a ‘concept album’, written by Michael Martin Murphey, released in 1972 (when I was in grade ten). ‘The Ballad of Calico’ included a booklet with pictures of the singers in period costumes, pictures of the town, and the lyrics written in long-hand on ‘tea-stained’ sepia pages. Marvellous! I spent hours studying the booklet as I listened to the songs — and (like the Jesus Christ Superstar soundtrack album) I still know the words to all the songs by heart. The album is no longer in print, but many years ago I digitized my nearly worn-out old record and enjoy listening to it still, in spite of the loud pops and scratches that don’t match up with the rhythm of the tunes.

So after a few hours on the I-15, right through the middle of Las Vegas (enough with the casinos already!) and across the state line into California, I turned off the interstate at the little town of Yermo and followed a short winding road up to the ghost town of Calico. I paid eight dollars to park my car in the huge but nearly empty parking lot and trudged up the old main street. Yep, there they were — all the names and places I had come to know from listening to the album: the post office, the saloon, the shops, the school house, the trail leading up to the entrance to the silver mine. A couple of big tour buses coming from L.A., heading to Las Vegas, made a stop here, the halfway point on their trip. I don’t think any of French tourists that had joined me on my pilgrimage knew anything at all about the great Kenny Rogers album that had so inspired me. Same with the Japanese couples with their selfie sticks posing in front of the old stage coach. But for me, after numerous road trips where I had passed by not far from this place without making the stop, after 45 years of listening to and living these stories, it was a highlight. 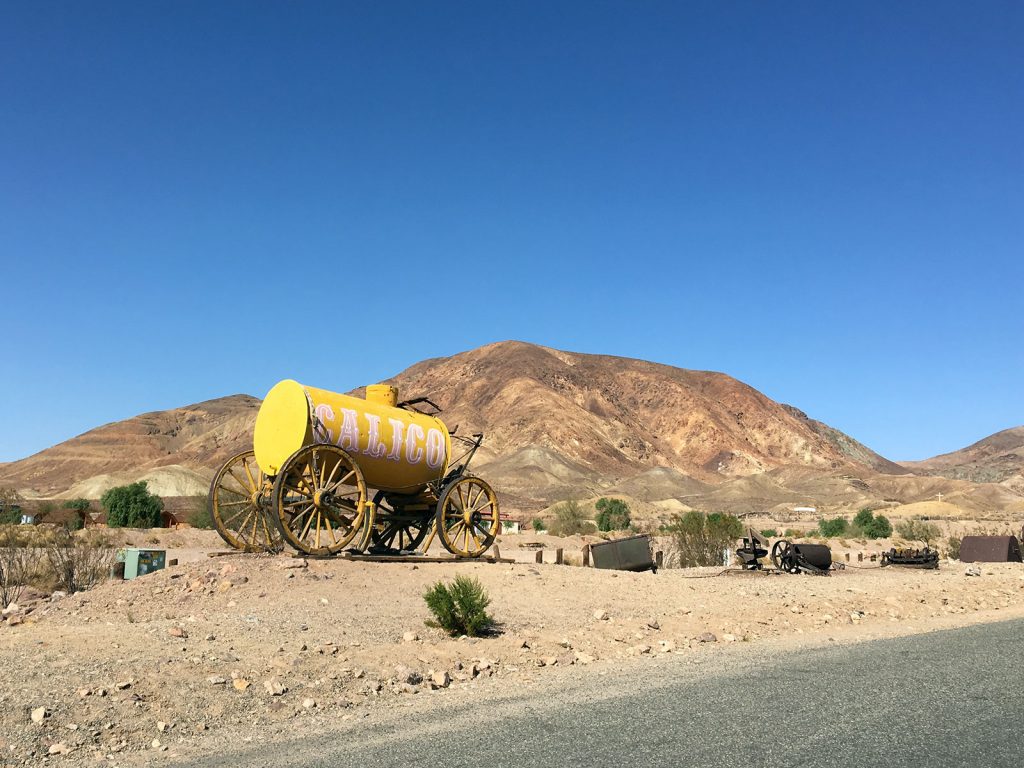 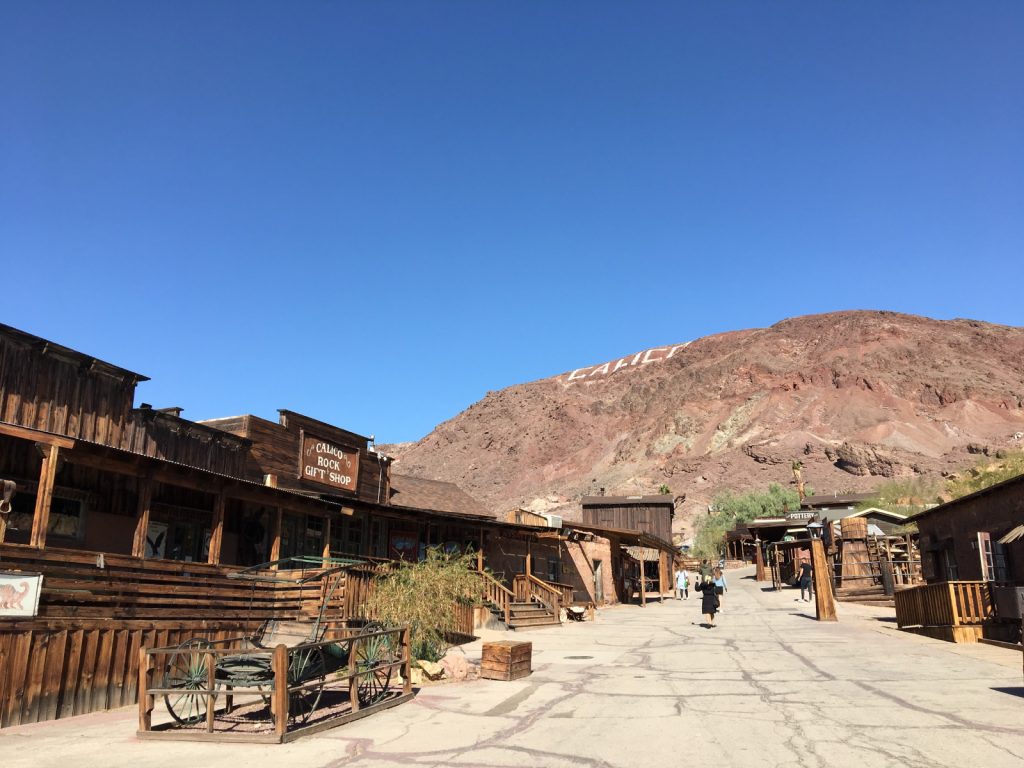 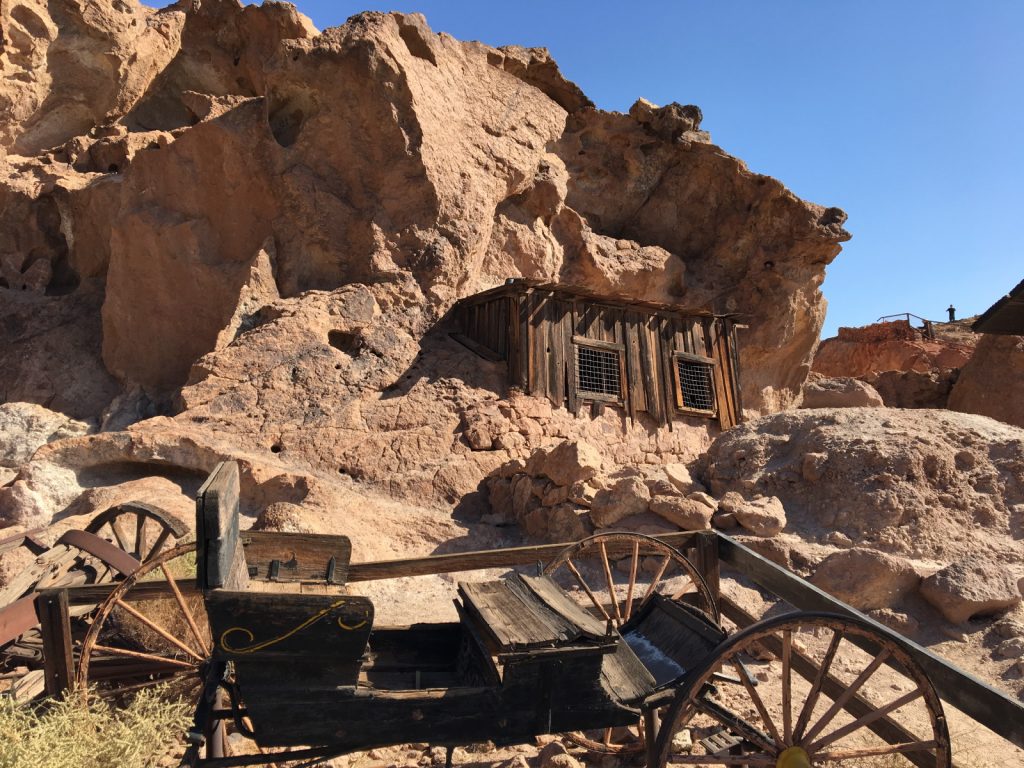 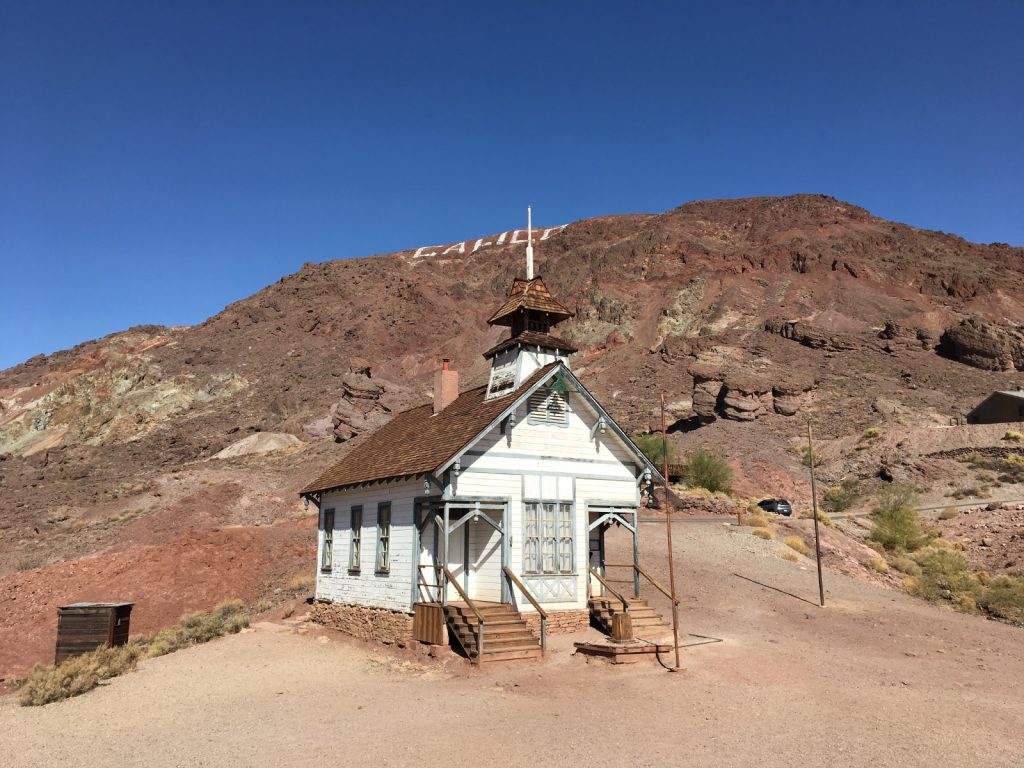 Back on the road I soon turned off the Mojave highway, and took the 247 down past the Joshua Tree National Park. That took me through a long blustery sandstorm of a drive through a big valley spotted with little ‘communities’ of ‘off-the-grid’ hobos and hippies, before I turned east on the I-10 and reached my destination — the lush irrigated oasis that is Palm Desert.

As I arrived in Palm Desert, my ultimate destination, the brakes on my van were making a very loud shrieking noise as I slowed down for each traffic light. It hadn’t been a problem when I was flying down the highway, but it sure would need to get repaired if I was going to drive around here in this hoity-toity town of BMWs and Porsches. I found the Westin Desert Willow Villas where my friend Darrel had provided a stay for me for two nights. I checked in. When I got to my room I discovered that the room hadn’t been made up. I sent Darrel a text. His brand new condo was not far the villa. Reg and Bob had flown in earlier in the day and the three of them had just finished lunch. Darrel offered to come pick me up, but first I needed to contact housekeeping and get my room cleaned. When I talked to the maid she came right away and started cleaning. No chance for me to quickly shower first, so I decided to find a grocery store and buy a couple of things, including some wine for tonight’s supper at Darrel’s. When I returned the maid was just finishing up. I unpacked, hung up my clothes, and showered. Then I sent Darrel a text that I was ready for happy hour. He was right over in his golf cart to pick me up.

Robert Dyck was there now too — the five of us were going to have supper at the condo. I had a tour of Darrel’s magnificent home and then we sat out on the outdoor ‘veranda’ overlooking the Firecliff golf course for drinks and visiting until it was time for dinner. We had a delicious meal (steaks grilled on Darrel’s new electric barbecue) and watched the Jets game on the big outdoor TV.

Everyone was tired — it had been a long day for Bob and Reg who had gotten up early to catch the plane here from Winnipeg, and had lost 2 hours due to the time change to boot. And we had a 6:40 tee time booked for tomorrow morning. Early to bed, early to rise. Robert gave me a ride back to my villa (and stopped by for another little nightcap) before heading back to the RV campground where he’s been parked for the past number of weeks. I don’t think my head was on the pillow for more than a minute or two before I was fast asleep.