Look carefully then how you walk, not as unwise but as wise, making the best use of the time, because the [holi]days are [soon coming to an end]. Ephesians 5:15-16

But all things should be done decently and in order. 1 Corinthians 14:40

So whoever knows the right thing to do and fails to do it, for him it is sin. James 4:17

And let us consider how to stir up one another to love [to play] good [golf]. Hebrews 10:24

Whoever is slothful will not [improve] his game, but the diligent man will get [better scores]. Proverbs 12:27 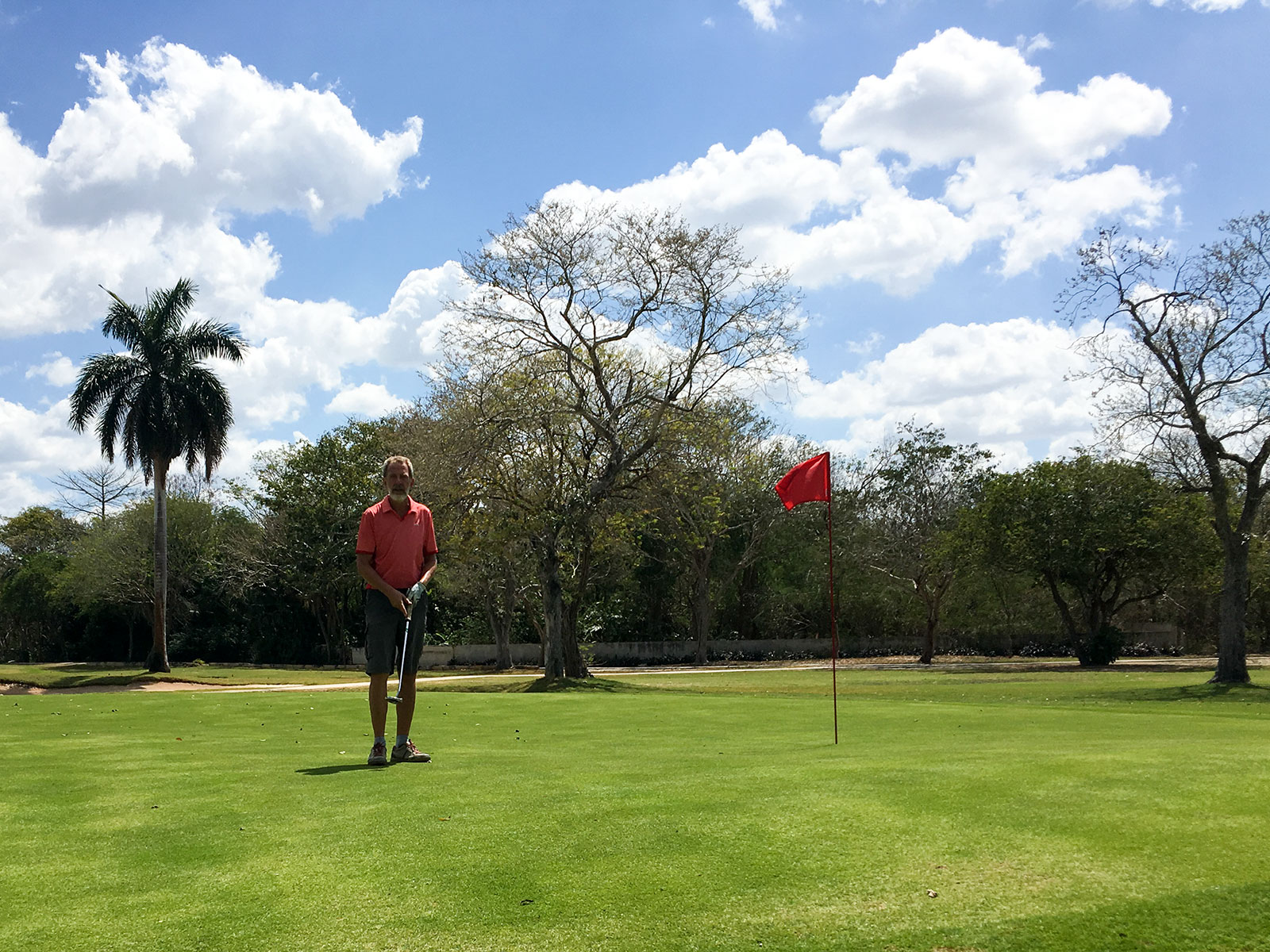 This morning at breakfast MaryLou asked Dave what time we were going golfing. When Dave hemmed and hawed on that for a while, MaryLou, who had to decide if she was golfing with us or going to the gym, pronounced 9:30 as today’s tee time. Oh boy. That didn’t give Dave much more than an hour to finish moving his coloured tiles around on his iPad. But he agreed and so MaryLou went upstairs to get ready.

I went to register the three of us at the course office and gave the ‘ticket’ to the starter. He told me we’d be playing the back nine today, since the front nine was undergoing the regular weekly maintenance. Fine. I rolled my pull cart under the shade of a big tree next to the cart path and waited for the Driedgers to show up so I could direct them to the number 10 tee. MaryLou soon joined me in the shade and together we waited for our fearless leader to make his arrival. We were just about to head back to the house to check on him when he showed up. All set?

The back nine at our course plays a bit tougher than the front for me. It is a hundred yards longer, and there are a couple of holes that have given us more trouble than any on the front nine. So when MaryLou left us after the first time around, Dave and I went right back to the tenth tee for another go at it. After all, after this week it may well be a LONG time before we get a chance to golf again. 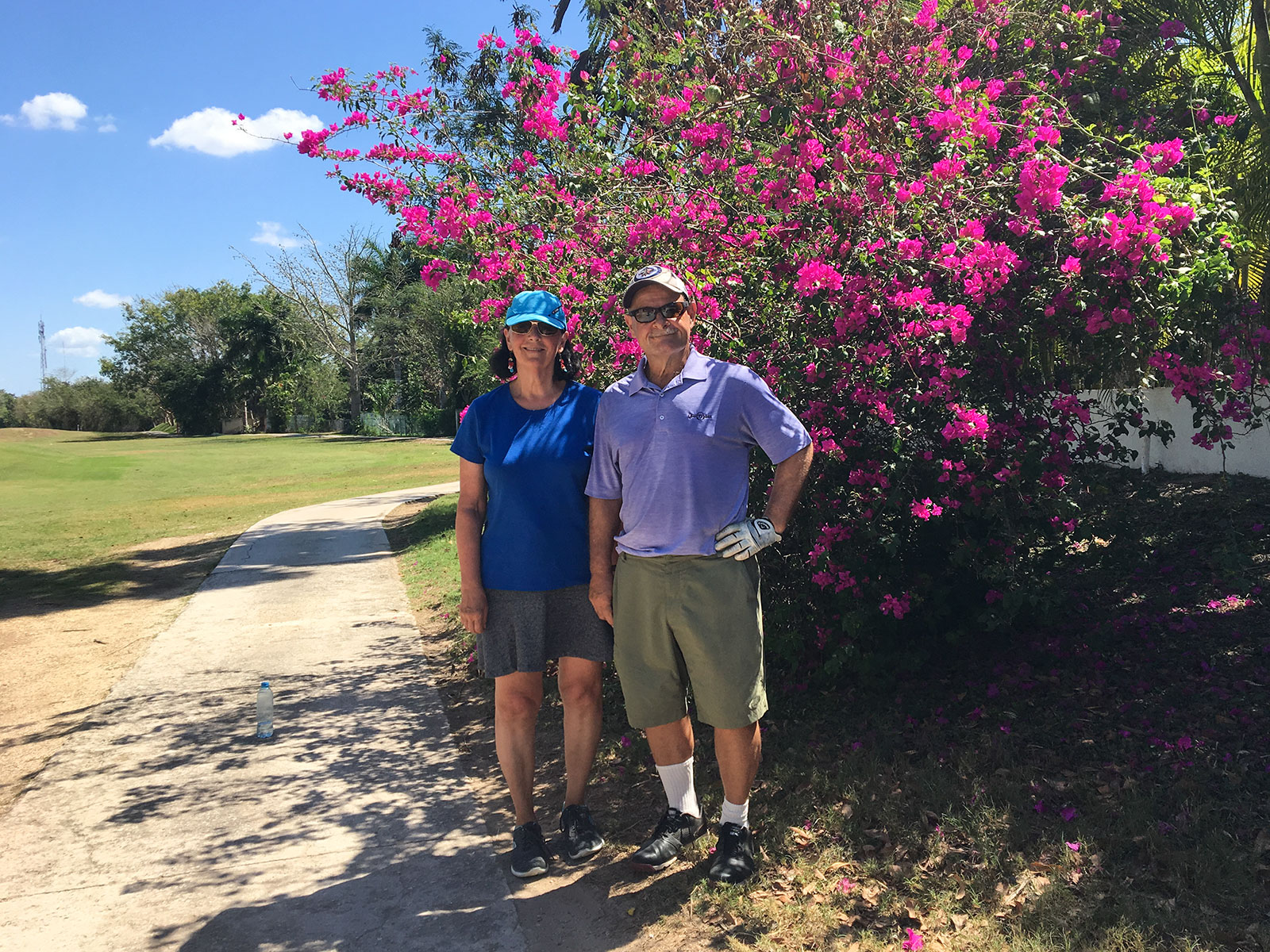 Dave has been tinkering with his swing a bit the last few days. That means that sometimes his shots have been as long and as straight as I’ve seen. But working on that ‘adjustment’ means an occasional shot goes awry. Dave is not happy when that happens. And it happened a few times again this morning. But Dave is a “diligent man” who works at his craft, and even when he’s not at his best, somehow his score consistently betters mine. Still, I was not unhappy with my game today. Even with a very unfortunate TEN on my last hole, I finished eighteen holes with another sub-100 score. It is fun to play “good golf”.

It was one o’clock when we finished. I sent MaryLou a text and she joined us on the clubhouse patio for lunch. I’m going to miss that patio, too. After lunch and a shower, we were back in our places with bright shiny faces. MaryLou was busy working on her computer upstairs. Dave had an afternoon nap on the couch. I listened to tunes on my headphones and started another crossword.

At 4:30 it was time for caesars. Dave called MaryLou down from her upstairs office and she joined us for happy hour. Then we watched one of the movies Dave has saved in his list of Favoritos on our Rocket TV. Today’s selection was Julia Roberts in “Ben is Back”, another unsettling movie about parents and their drug-addicted kids.

After the movie Dave got busy in the kitchen. Tonight’s menu would feature “Dave’s Special (boiled and then fried) Hotdogs” and a side dish of pork and beans.

After dinner MaryLou headed upstairs to do laundry and Dave won more ‘virtual money’ by moving those tiles around on his iPad while I did the dishes. (I am definitely NOT looking forward to the snow and cold that awaits me at home, but I will be very happy to not have to see tiny parades of ants marching around the sink and up the wall!)

It was around 8 o’clock by the time the dishes had been “done decently and in order” and were put away. I sat down to look at my photos from the golf course and to write today’s “devotional”. Dave was into another TV series. (MaryLou must have gotten sidetracked on her computer upstairs.) I poured myself a glass of wine and visited with Dave for a bit before going upstairs to watch the CBC National in my bedroom and calling it a night.