An athlete is not crowned unless he competes according to the rules. 2 Timothy 2:5

The countdown is on. It’s our second last Sunday morning here. I was downstairs and had my first cup of coffee in time for the 8:00am start of CBS Sunday Morning. I watched all of that and then the political news show, Face the Nation, after that.

I’d brought a book of 50 New York Times Sunday crosswords along on this trip, and for the first two months here we had hardly touched it. Today Dave and I made up for that, spending a few hours on crosswords, only taking a break for lunch (leftover pizza).

We finally put our puzzles aside at around 2pm and decided to go out and shoot some golf. It was calm and HOT today, so we took extra water along and decided we would play it by ear. Maybe nine holes, maybe only three. But once we got out there it was WAY more manageable than we’d expected. Yes, it was hot, but it was a DRY heat! And there was NO ONE out there besides us. So we played nine holes. And then we played the other nine.

It seems a bit unfortunate that Dave and I can’t both have a great game on the same day. Why is it that whenever I’m playing crappy Dave breaks 90? And the few times that I’ve shot under a hundred Dave has had bad luck. That’s how it was today when I shot a 97. 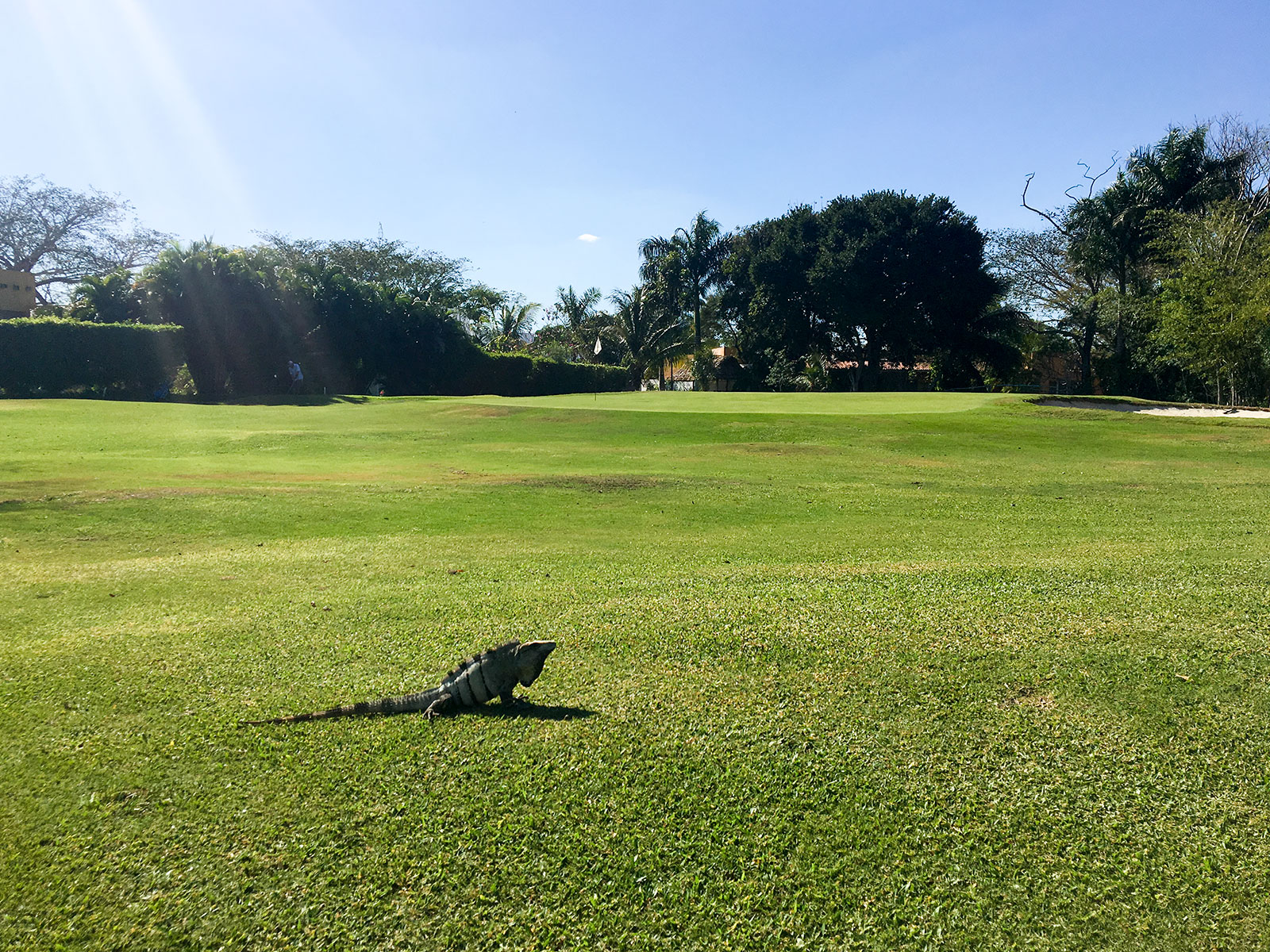 We used to get all excited about these miniature stegosauruses on the course — now they are as common as gophers are on the Apache Creek course in Phoenix!

After we got back to the house we sat down and cooled off a bit. Dave made caesars and watched a bit of the Raptors’ game on TV.

After I’d showered we went out for supper. Today we went to the big new Harbor Mall, not too far from our place. We ended up sitting outside on the patio overlooking the pond and fountains. Dave kept us up-to-date on the Jets score, and I guess they and we were both winners tonight.

When we got home Dave found the second season of “Mrs Maisel” on Amazon on our TV. So we watched the first episode of that — and MaryLou and I only slept through a wee part of it. Shortly after ten I was up in my room, typing away on my computer, trying to quickly write my journal entry before the sandman got the better of me again.