Woke up just as the sun was showing its face over the golf course outside my kitchen window. The dawn of another chapter. Not a bad way to see a new day.

I spent the rest of the morning catching up with emails and doing a few little website jobs that were waiting for my attention. I had a call from Anne Froese to talk about hiking options. In the end we decided that she and her company would come HERE and we’d hike up to the hieroglyphics on Wednesday morning. I’m hoping I can ‘trade’ the favour and try one of ‘their’ hikes later in the month.

Later in the afternoon it occurred to me that perhaps the hieroglyphic hike wasn’t even open to the public — it’s been at least 3 years since I walked up there. So after ‘assembling’ my bikes and filling the tires and generally ‘organizing’ all my stuff in the garage, I got on a bike and pedalled up to the hiking trail head. Clearly the hike was still a ‘thing’ — the parking lot was full of cars, many from out-of-state. I locked up the bike and set off on the trail. I more-or-less ‘ran’ up to the top, passing lots of late-afternoon ‘adventurers’ along the way. And yes, all was still as it ever was. The view was great, the pools of water were still there, the ‘hieroglyphics’ were still visible, and it appeared the hike was as popular as ever. And it wasn’t too difficult or too long for the Froese (Enns?) group I was going to lead up there on Wednesday (in fact, it took me less than half an hour to run up). All good. My bike was waiting to take me back down to the house. 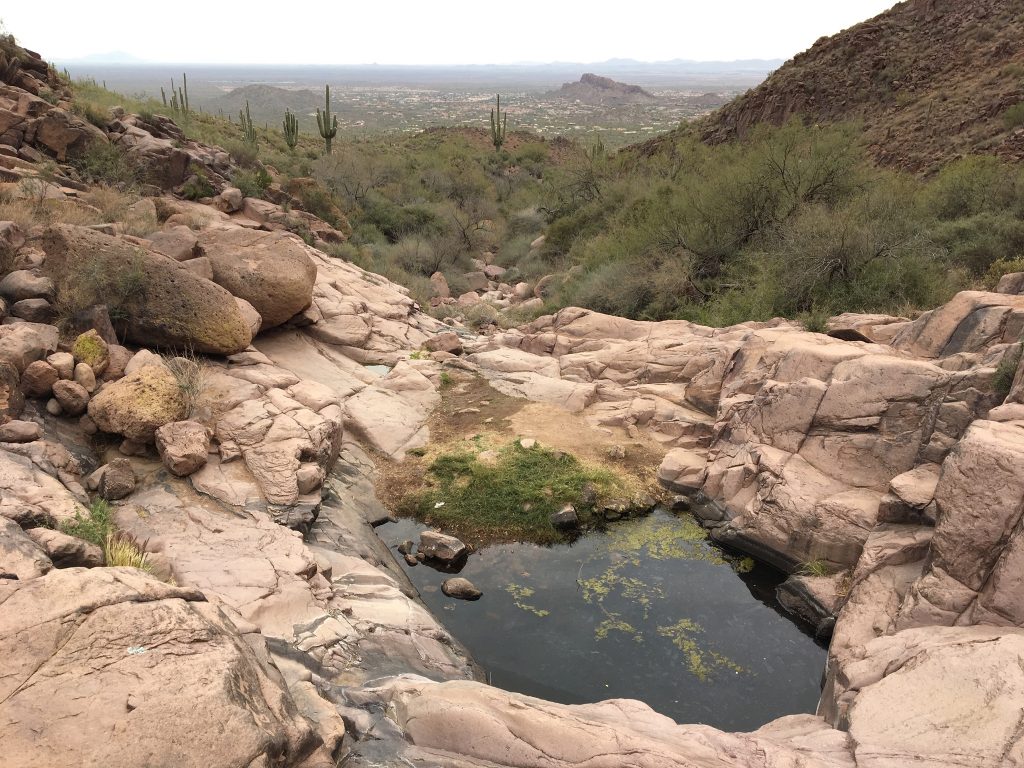 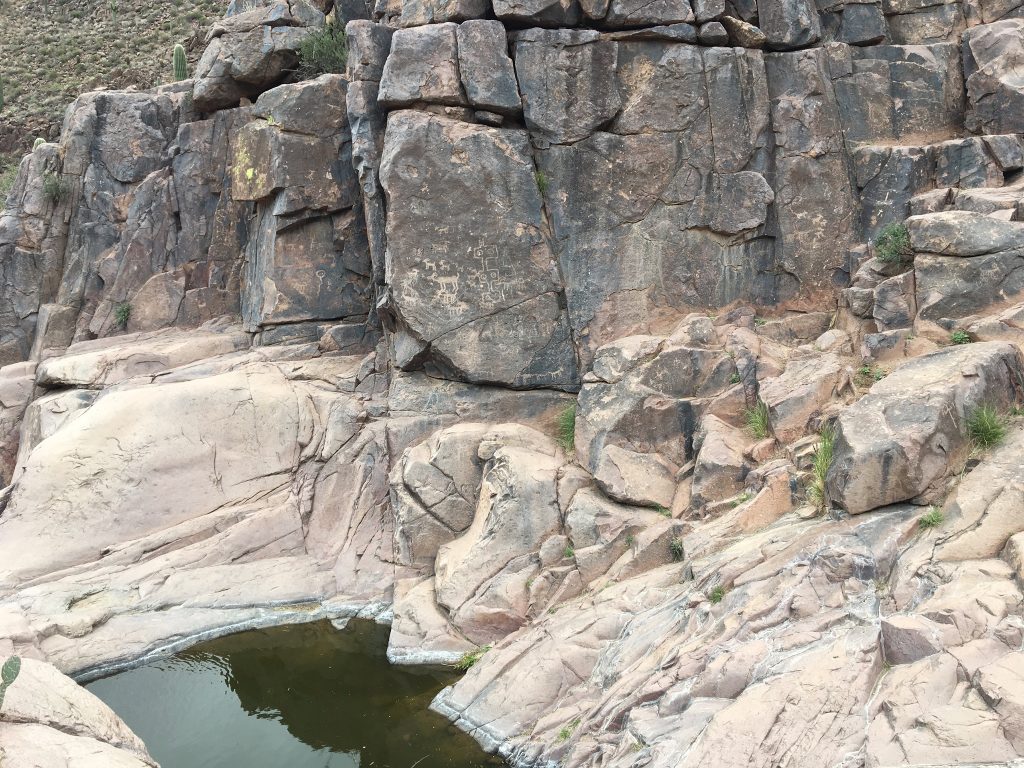 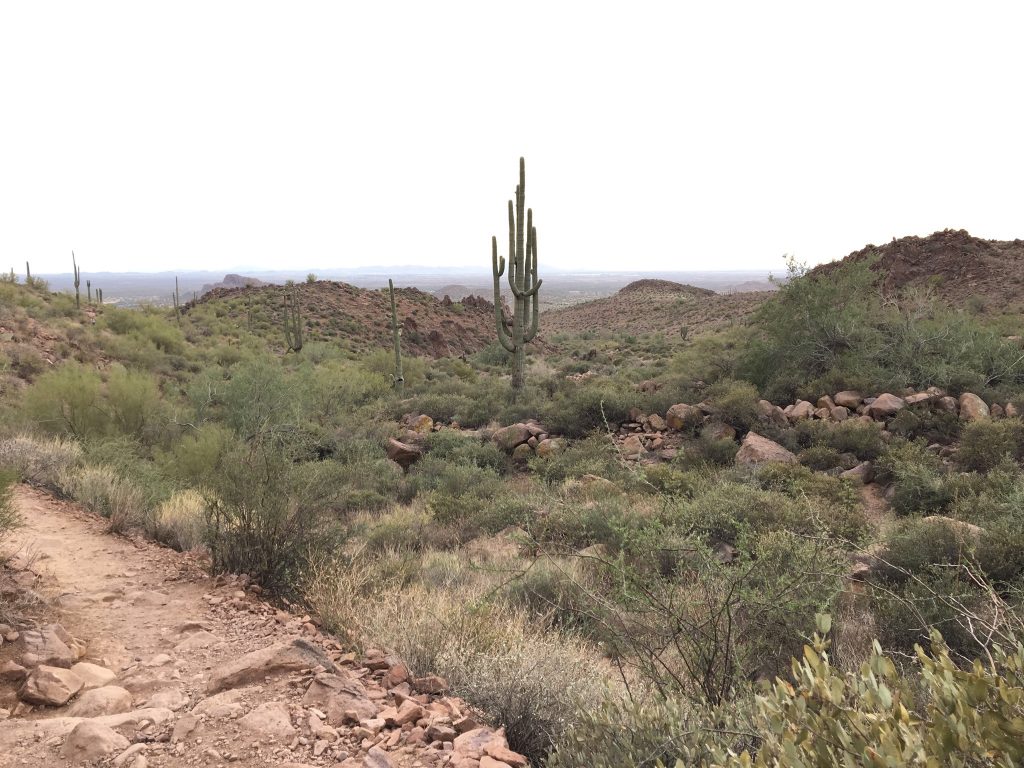 It was around 5:30. I decided to text Hans and Chris Neufeld to see if they were interested in going out for pizza tonight or tomorrow night. I was pretty sure it was already too late for this evening, but was pleasantly surprised when Hans replied almost immediately. We’ll meet you at the Handlebar Pub & Grill in Apache Junction at 6:30. GREAT!

I quickly showered and headed out into town. I was not surprised that the Handlebar was PACKED. The wait for a table was 45 minutes to an hour. But the evening air was warm and the beers on tap sounded interesting. And since tomorrow is St Patrick’s Day and I was already wearing one of my green golf shirts, I started with a Guinness. And so did Hans when he and Chris arrived a few minutes after I did. 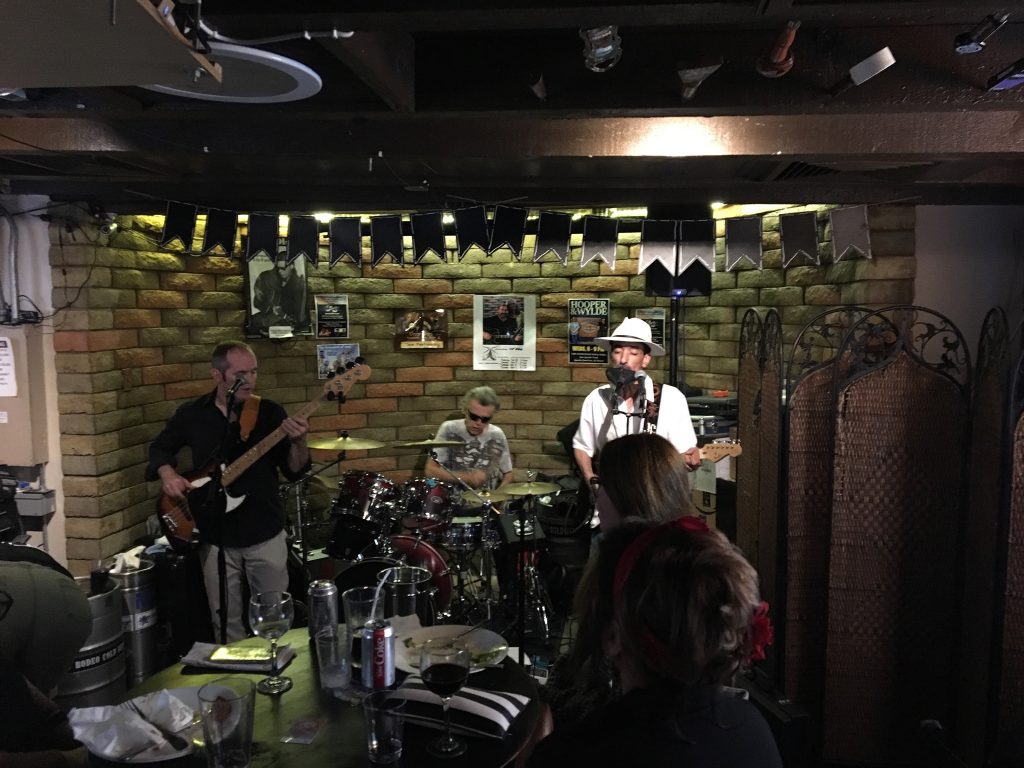 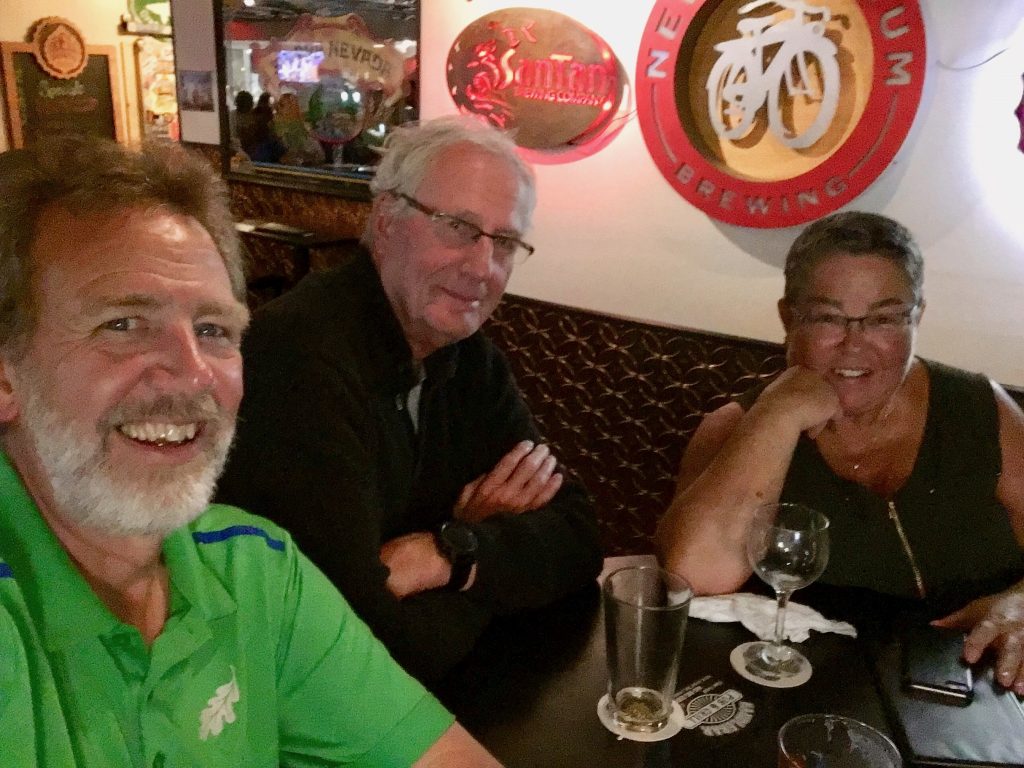 We sat in the busy outside bar area and visited while we waited for a table. And about an hour later we were shown to a table right near where tonight’s 3-piece band was just getting going. Big burgers and cold beers and old-time rock’n roll. And here in the retirement capital of the world it doesn’t take much to ‘shut the place down’, which we nearly did. I think I was home and in bed by ten o’clock.