The sun was shining again when we woke up this morning. We had breakfast and then Sue did a load of laundry. We set up the drying rack in our ‘living room’ and turned on the in-room air conditioner to help along. Then we got into the car and drove into Christchurch’s “downtown”.

We parked in a car park and started walking. We’d heard so much about how the city’s efforts to rebuild after the February 2011 earthquake devastated much of big parts of the Central Business District were mired in red tape and stalling by government and the insurance companies. We wanted to see some of that for ourselves. So we were not altogether surprised by the number of broken buildings. And there were construction barriers around many properties. And cranes and caterpillars and hammering and grinding and construction workers. And still SO MUCH to do — how can they even keep their spirits up and keep on going? We walked around the ‘Re:Start Mall’, an area where big shipping containers were brought in right after the quake in order to give shops a place to display their merchandise and try to keep their business going. We went to a museum that featured displays and videos of interviews with people who were there when the quake hit. 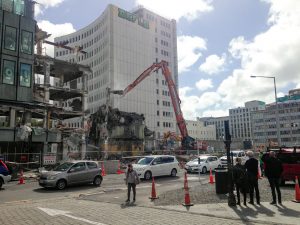 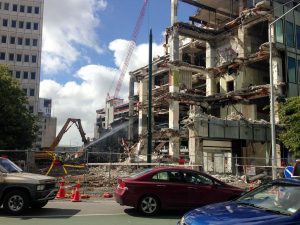 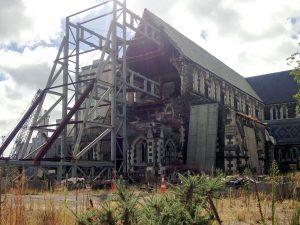 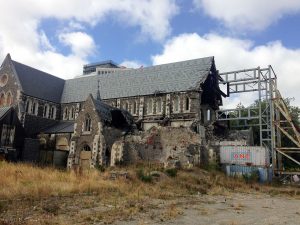 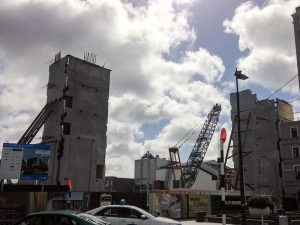 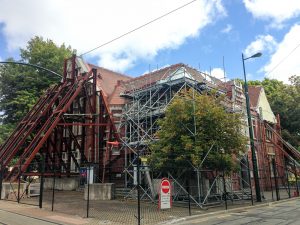 After eating lunch in the downtown, we drove down to the Botanical Garden, a huge park not far from the downtown. We parked our car and took a long walk around the paths in the park — alongside the river that ran through the park. Ducks and flowers and trees and green grass areas and lots of people enjoying the sunny afternoon. We ended up at another museum, the Canterbury Museum. This one featured displays about the early Maori people, the cultural and natural heritage of New Zealand, as well as some curiosities and oddities from around the Canterbury region. Really a good little museum. 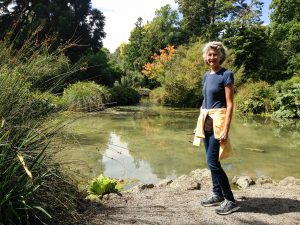 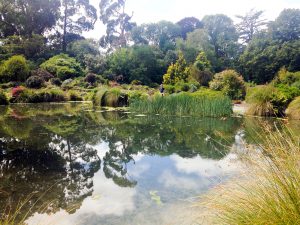 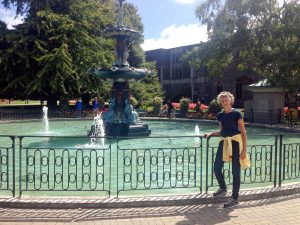 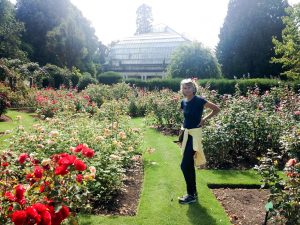 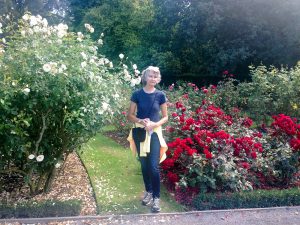 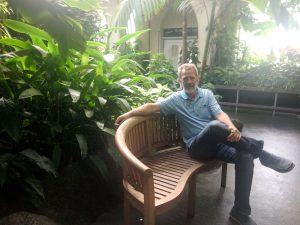 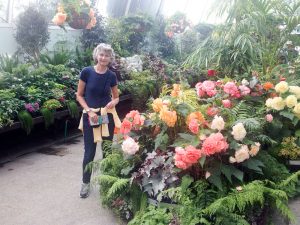 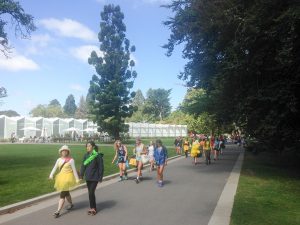 We were back at our apartment by around 4. By that time the Oscars were nearly over so we marked the winners on our ‘ballots’. For supper we walked down our street for about a block to a little Fish ‘n Chips place and ordered ‘take away’. After supper we sat down and watched 3 episodes of the 10-part Netflix series, “O.J.: Made in America”, which won the Best Documentary Feature at the Academy Awards today. At eleven we tuned into Sunday’s ‘The National’ on CBC. And that was the end of a pretty fun day here in Christchurch. We’ll spend the last day of February driving for 5 hours back up to Nelson, near the north end of the South Island, where we plan to hang out until next weekend.