And if one prevail against him, two shall withstand him; and a threefold cord is not quickly broken. Ecclesiastes 4:12

This morning we got up early. No coffee. We took an Uber into Merida, to the Starbucks at the Gran Plaza. We had coffee and pastry while we waited for our shuttle to come pick us up. The shuttle picked up 6 others, including Ken and Kaaren, and then drove south of Merida into the country. About 45 minutes later we arrived at a “hacienda” — which was also a museum devoted to the henequen plant from which sisal fibre is extracted. Sisal was a very important crop here from 1850 to about 1950 — as it was used to make rope and sack cloth before the invention of nylon.

We got to the hacienda and traded in our coupons for a wristband. After a short wait we were introduced to Juan, our English-speaking guide for the day. He took us through the museum, showing us both primitive (Mayan) and modern industrial methods of making rope from the sisal plant. The hacienda is a big ‘ranch’ which is completely restored by the current (second) owner of the property. 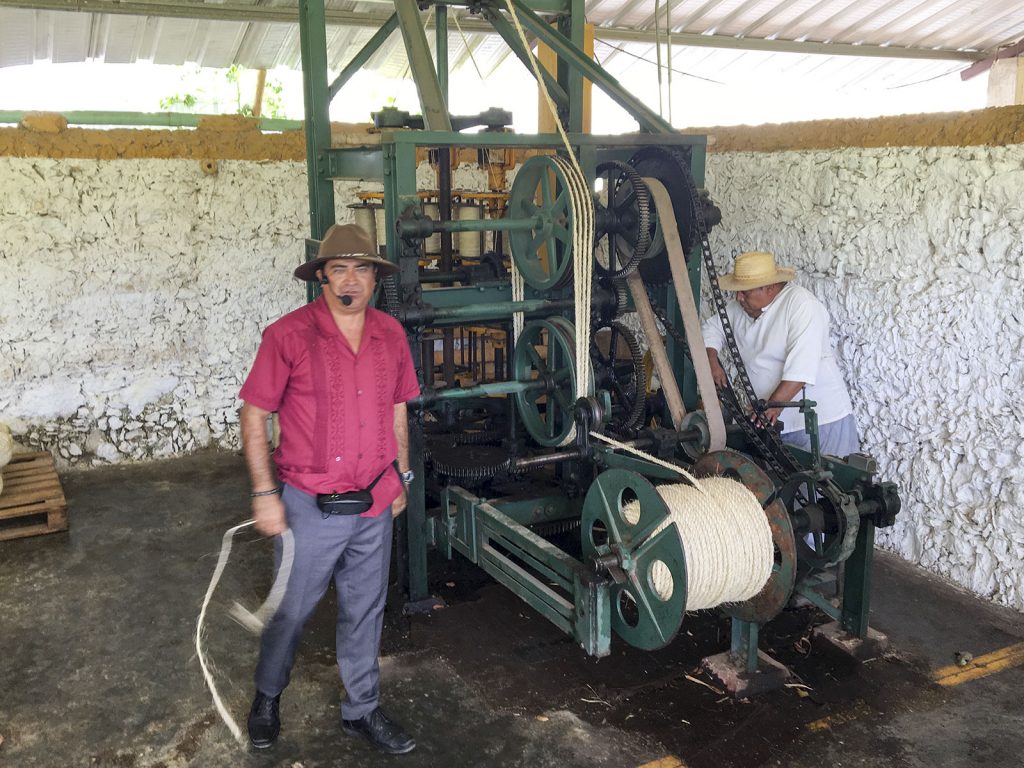 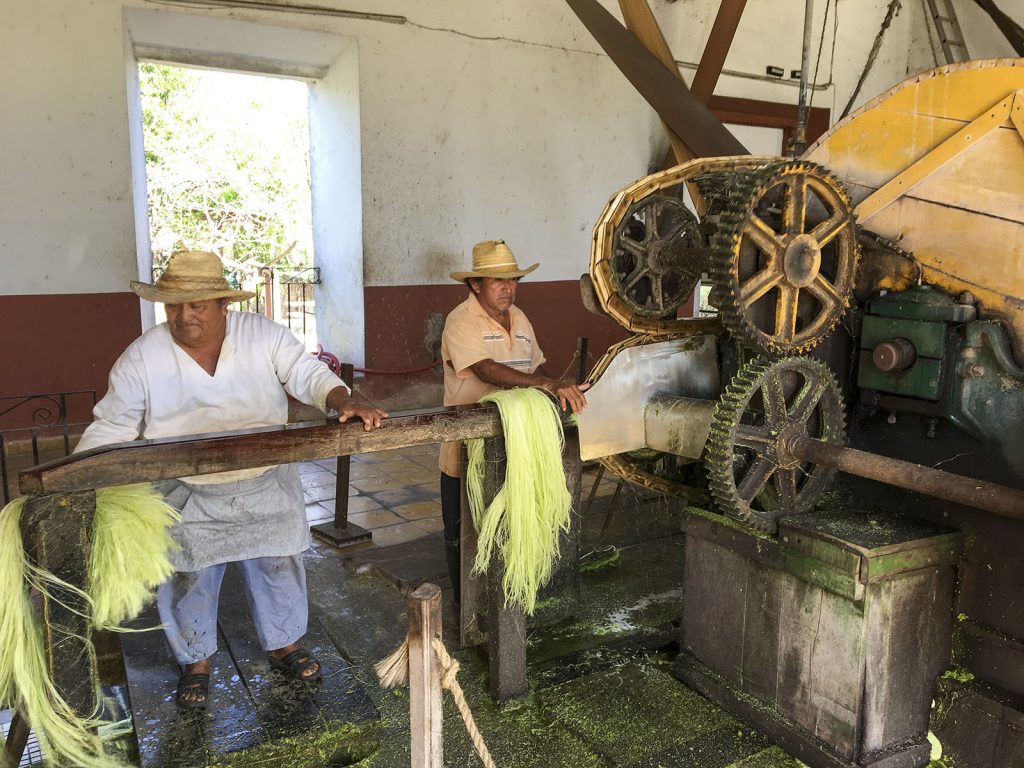 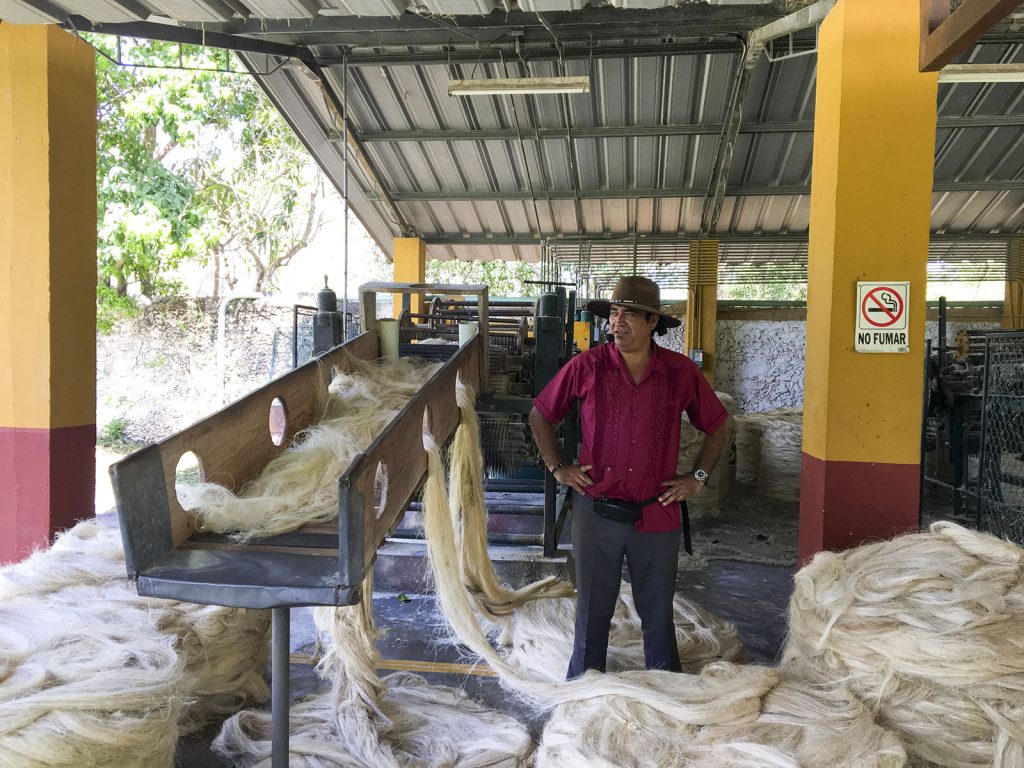 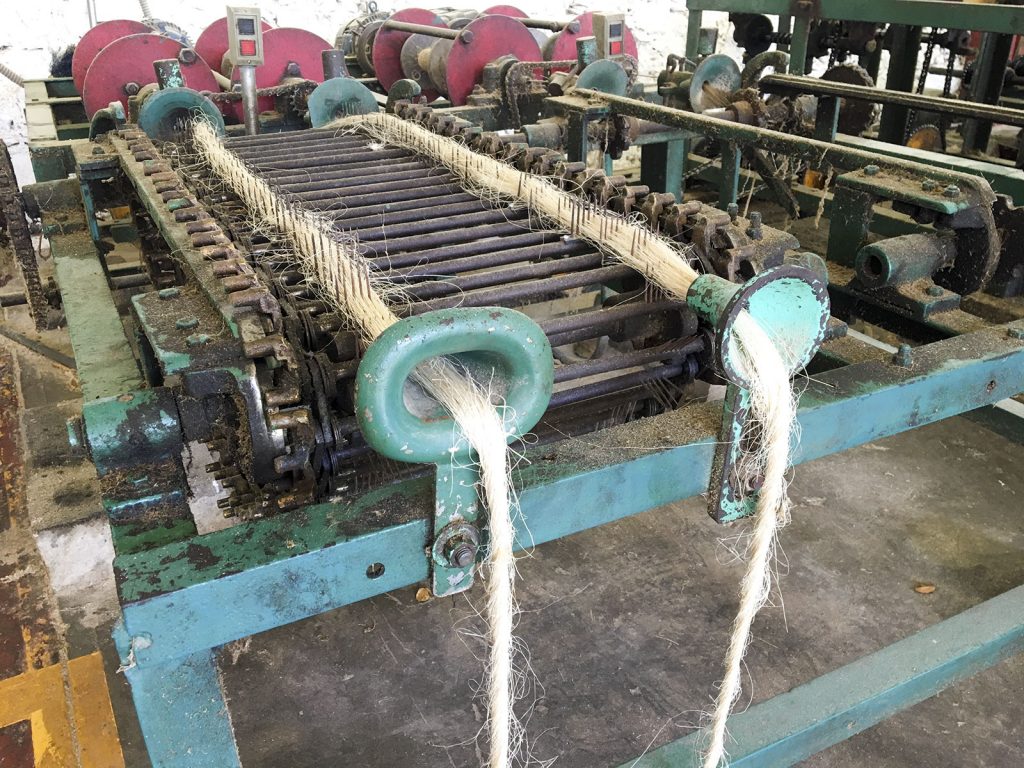 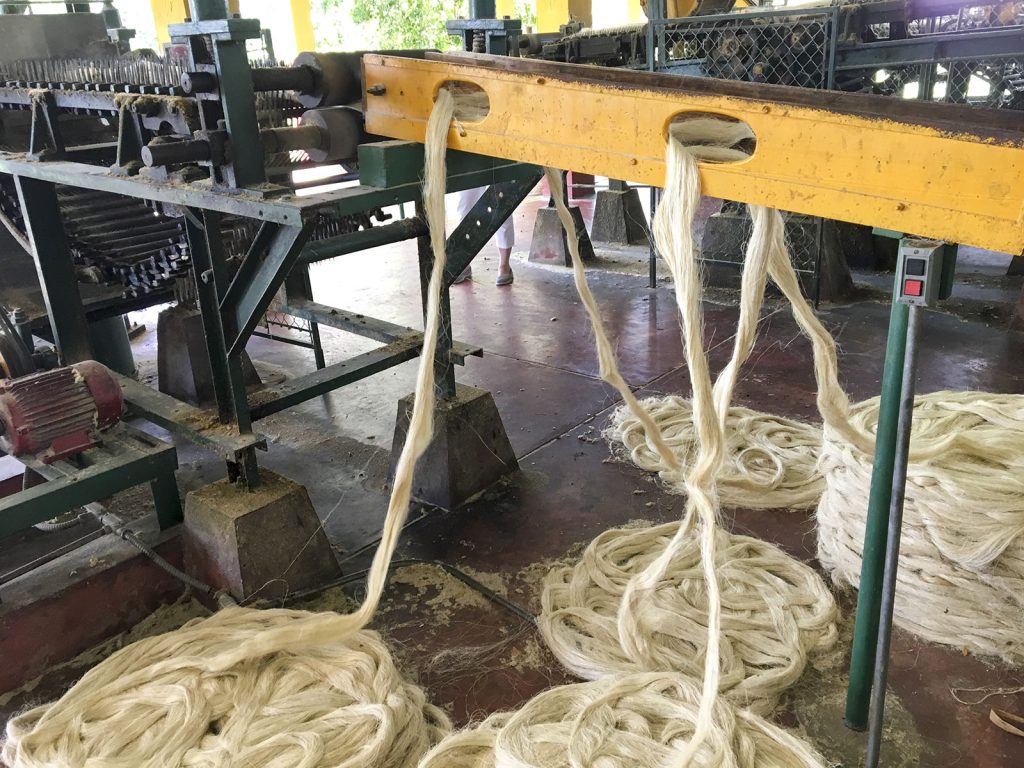 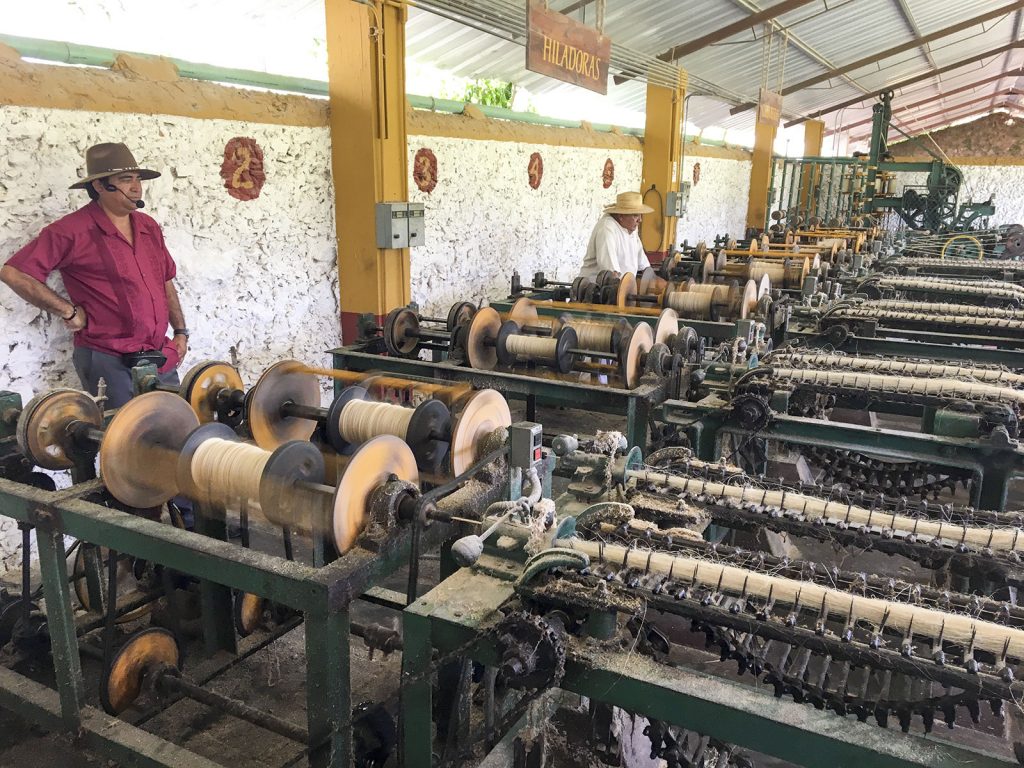 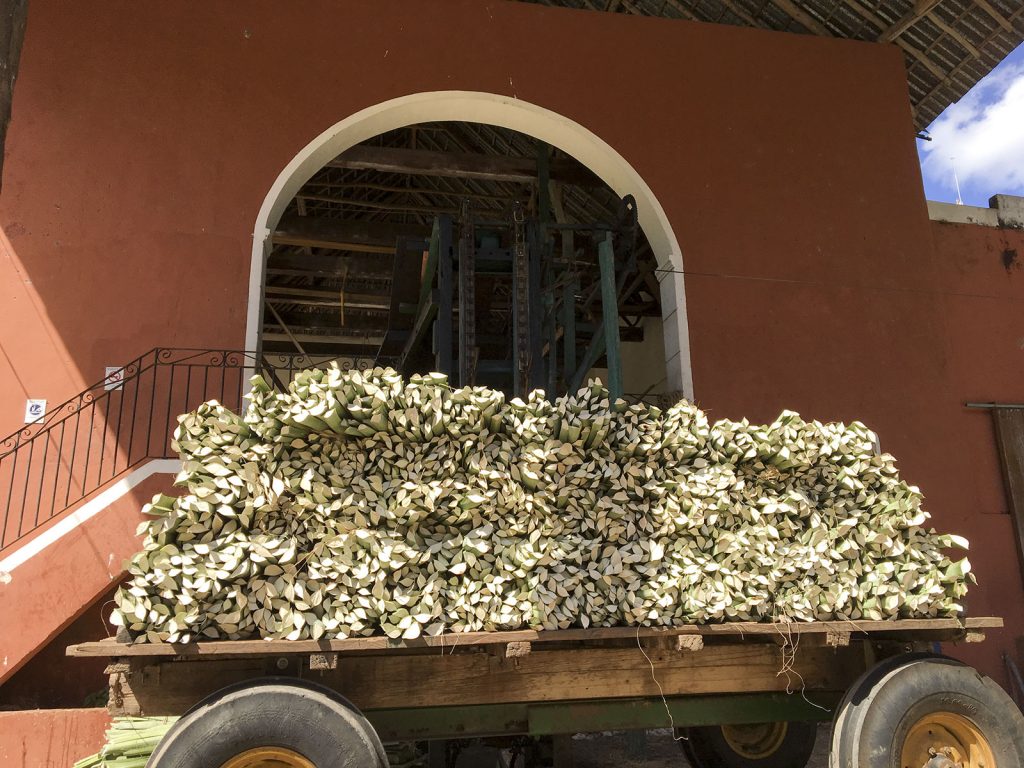 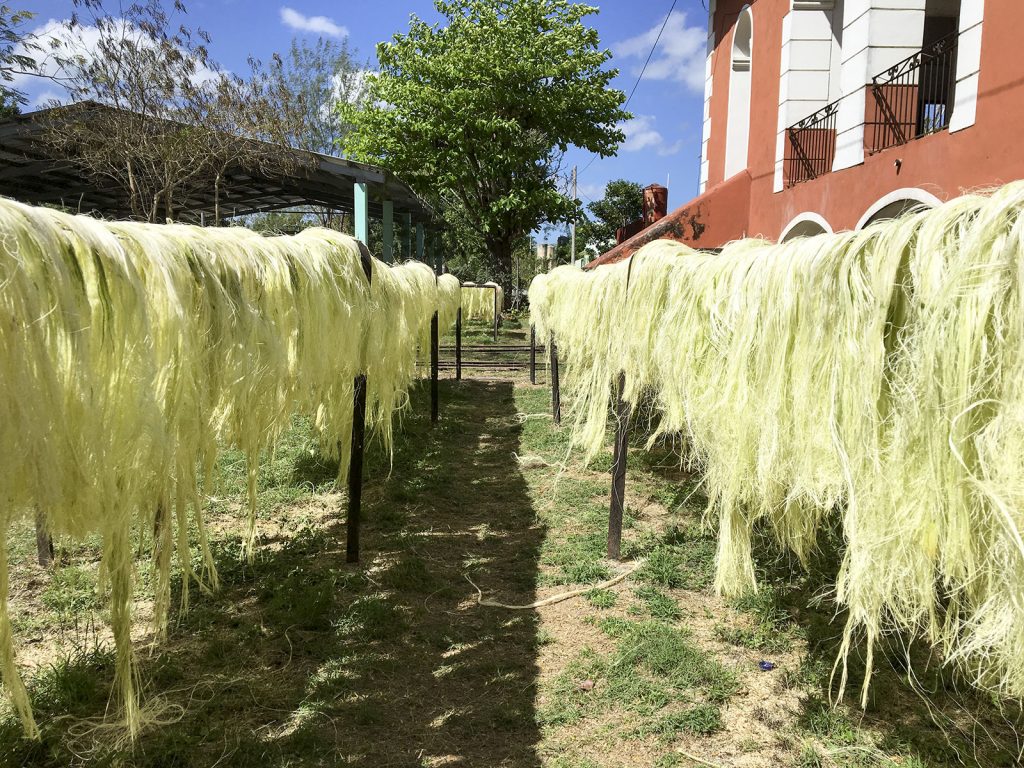 After the morning tour we were taken to a cenote (sinkhole) where we could climb down steps carved into the rock to reach the underground pool. 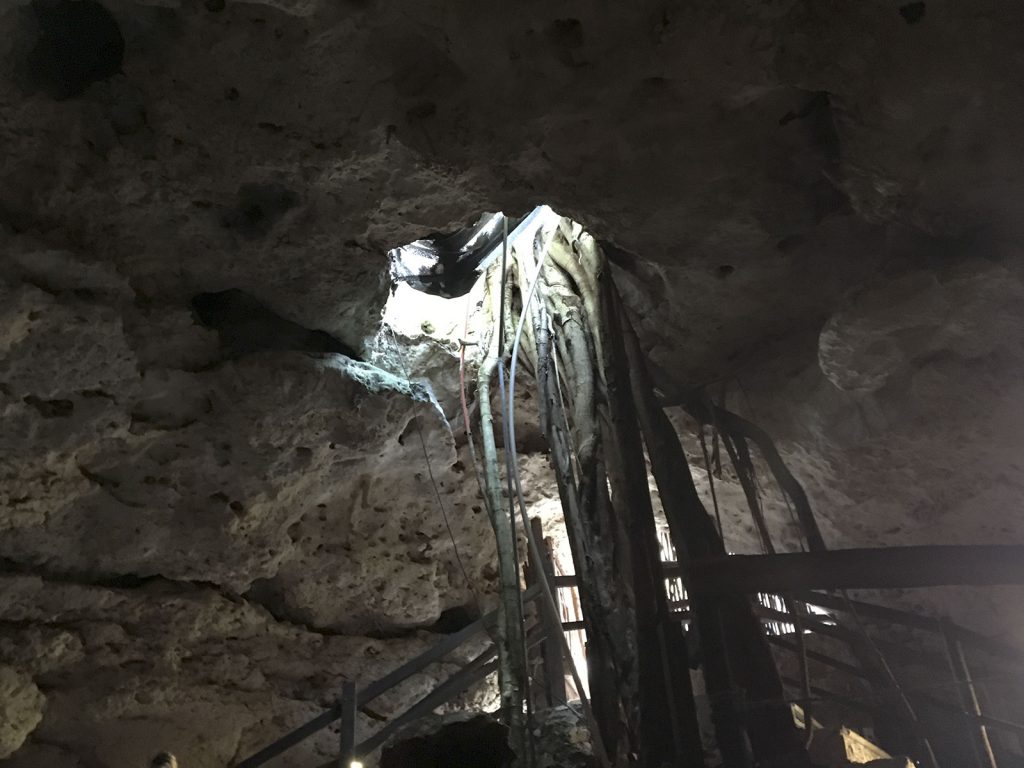 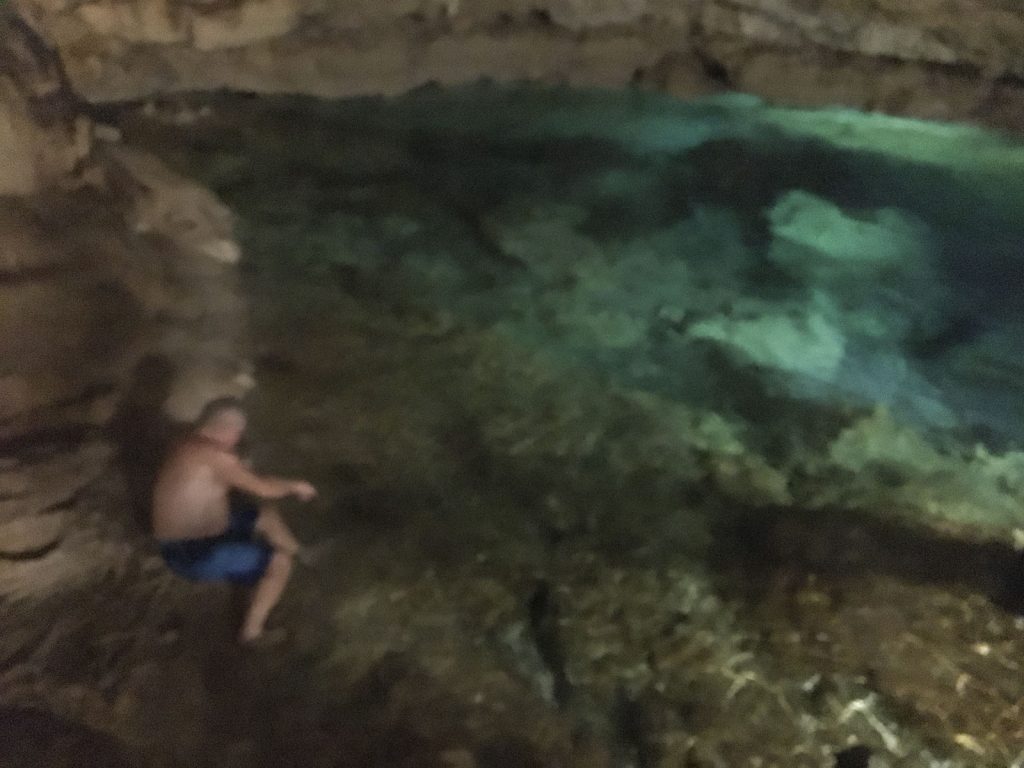 Crystal clear water in the cenote.

After swimming it was time for lunch, which was served by the hacienda’s cooks in a large dining hall. It was around 3pm when we climbed back into our shuttle van for the ride back to Merida.

The Driedgers and I were the last ones off the bus. We made a quick stop at the grocery store for a few items and then took an Uber home. Although we’d turned all the A/C off in our apartment for the day, with the blinds drawn and the door closed all day it was surprisingly cool in there.

We had happy hour and caught up with all that had happened in the world since the last time we’d logged into Facebook. Dave had made a list of movies and TV series that we should watch, so we started on that.

We tried the first episode of one series but switched to another series after that. We watched the first two episodes of “The Marvelous Mrs. Maisel” before heading upstairs to bed.