And the LORD appeared unto them in the plains of La Ceiba: and they played golf in the heat of the day Genesis 18:1

After breakfast we decided to go golfing. MaryLou was going to join us for nine holes — her first time out on the course. The morning temperature was perfect. But by the time we passed a group of VERY SLOW old-timers on hole number 5 it was really starting to warm up. MaryLou quit after nine holes but Dave and I carried on. 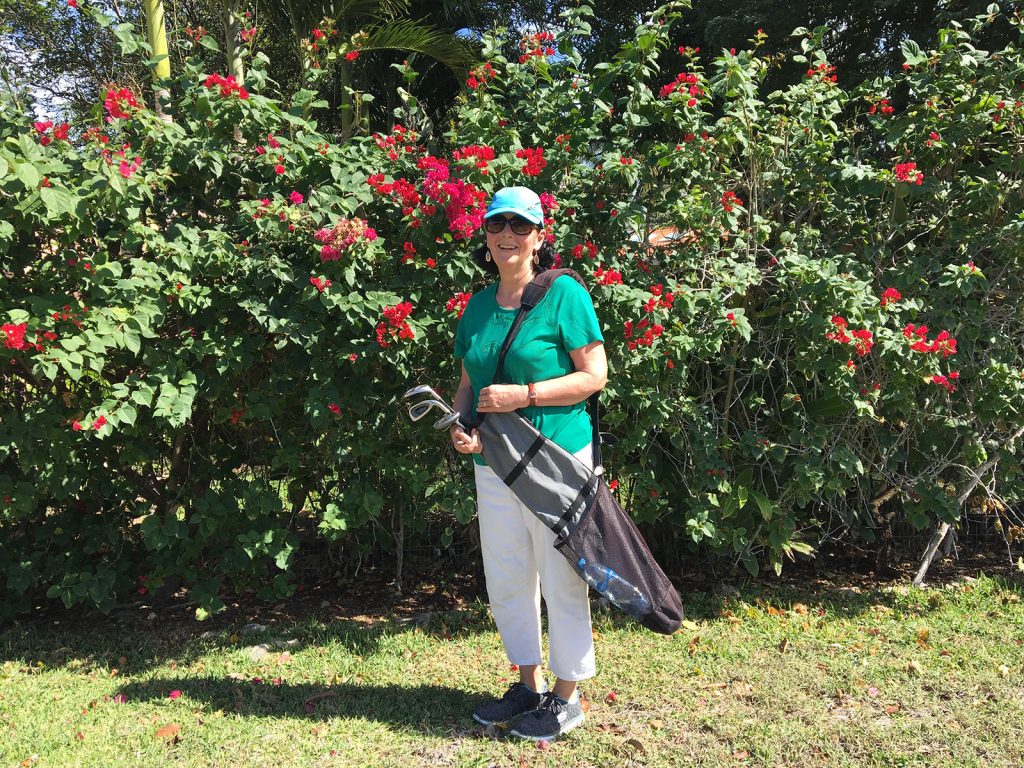 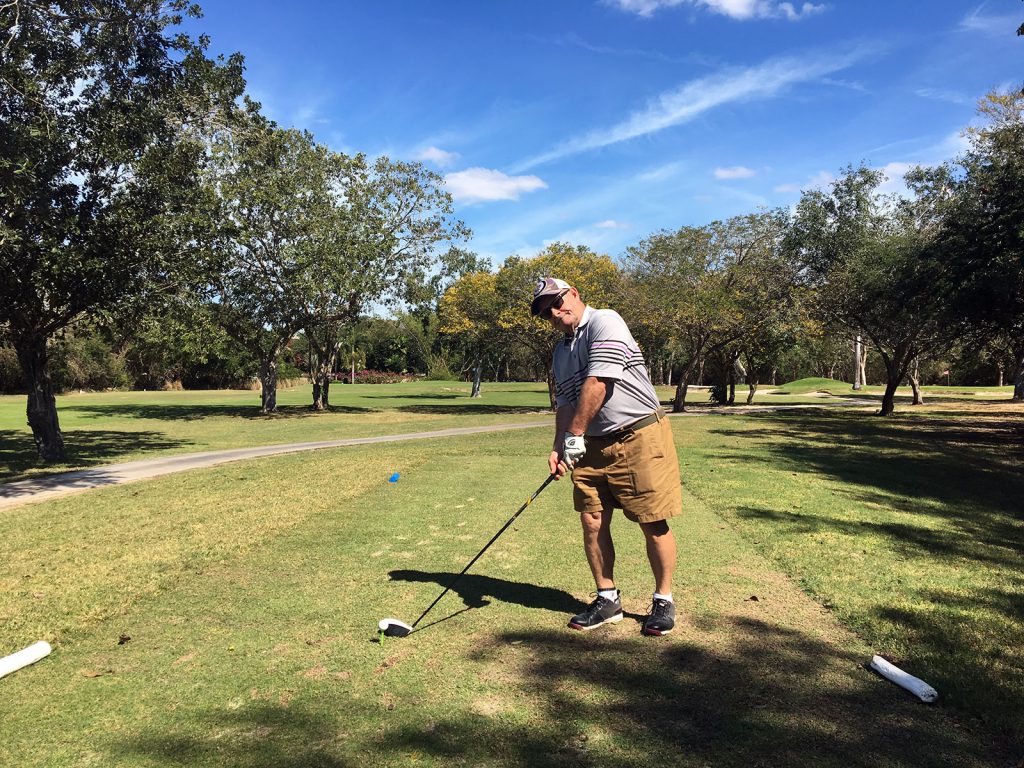 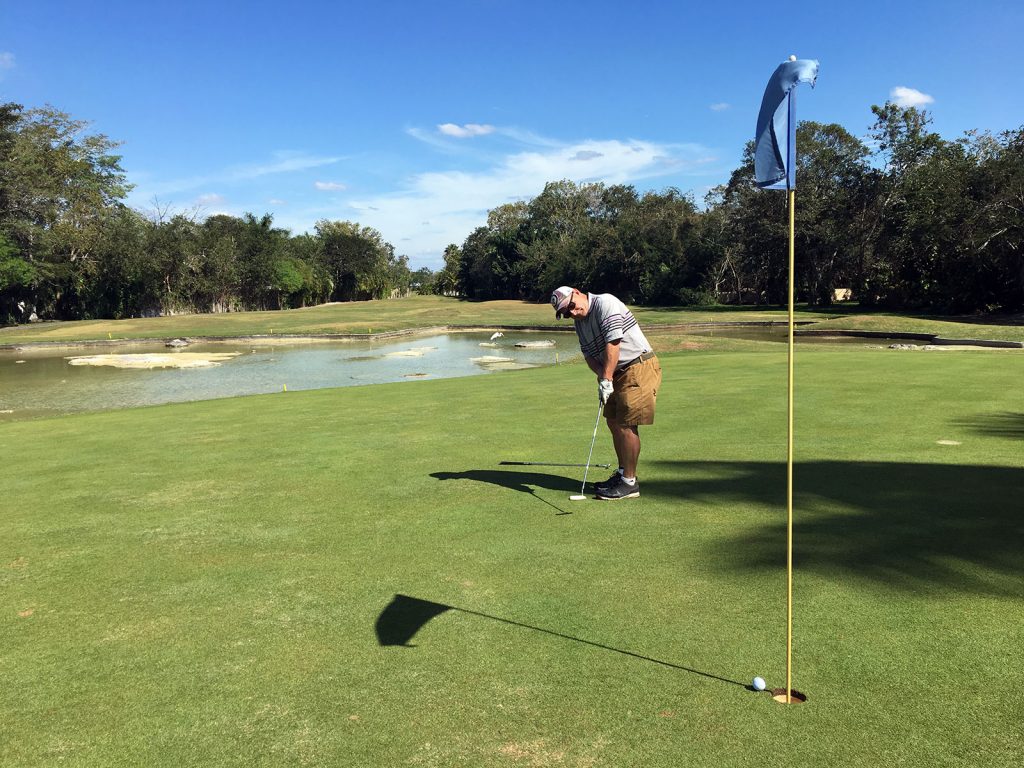 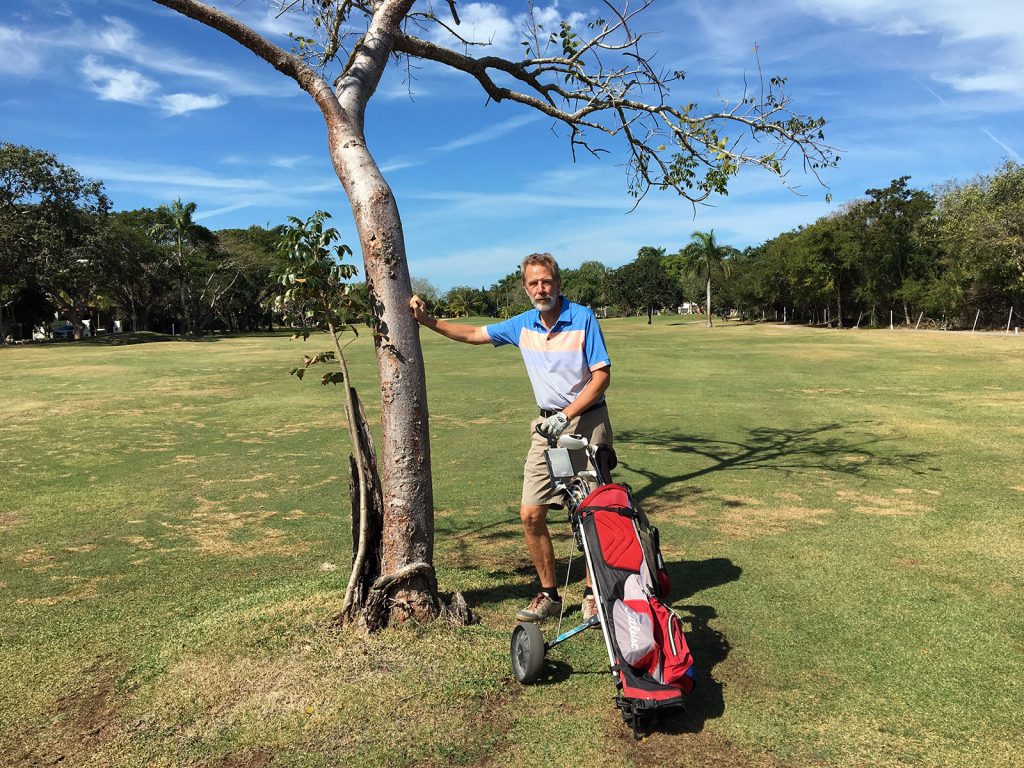 We made good time around the back nine. As we’d arranged before MaryLou went home, we would call her when we got to the eighteen tee — so she could come join us for lunch at the clubhouse. By the time we called her we were VERY hot, VERY hungry, and VERY thirsty. And when we finished the hole and wheeled our pull carts back to the storage room MaryLou was sitting at a table on the outdoor patio, and the cold beers were being delivered. Perfect.

We were joined for lunch by our old friends from Ontario, Michel and his wife Angela. When they heard that Dave and MaryLou wanted to go grocery shopping after lunch, they offered to take them to the grocery store, since they were planning on going there after lunch, too. So while the others shopped, I went back to the house.

The Driedgers returned, carrying in bags of groceries. The Ontario couple had even given them a ride back home. We had happy hour and sat around for a while. Then MaryLou got busy in the little kitchen, cutting up veggies and making spaghetti and meat sauce for our supper. Considering that we really don’t have much in the way of pots and pans, she managed to make a terrific meal for the three of us.

After the dishes were washed and put away we sat down for our evening movie. My turn to choose. We watched “Beautiful Boy”, a sad but true story about a father and his addict son. During the movie we realized we had missed texts and phone calls from Ken and Kaaren, who had arrived in Merida at around 6pm. Well, we connected with them and discussed plans for tomorrow.

By 11:00pm it was game over. To bed. The heat had taken a lot out of us and the forecast for tomorrow is even hotter! Yikes!