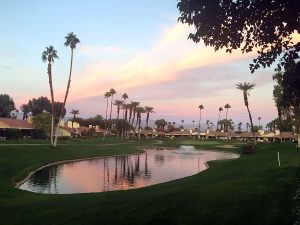 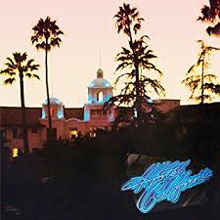 Busy, busy, busy here at the Hotel California. Speaking of which, today I practiced my guitar for an hour and a half. But mostly I enjoyed the view out of my patio while I read, did a crossword, and worked on the computer. And when at around 4:45 I looked outside and saw the pink and yellow sky behind a backdrop of palm trees, I was reminded of the cover of that album, still one of my favourites though it was released 42 years ago!

I finally left the house at around 5 o’clock. I went to the movie theatre and saw “A Private War”, the true story of a war correspondent who reported from the front lines in dangerous situations around the world until she was killed while covering the war in Syria.

Back at home I had supper and watched a couple of episodes of The Office on TV. (And no, I am not really a fan of the Bangles, but their ode to Monday came to mind when I thought about what I could say about how I spent my day).