The next morning the rain was gone and another perfect day of cycling awaited us. We opted to drive down to the south end of Jackson before taking our bikes out of the van and starting our cycle. The morning rush hour traffic had some drivers choosing to take the Natchez Trace road to avoid traffic, but drivers who are in a hurry to get to work and cyclists who are ‘dawdling’ along checking out the scenery don’t mix. As soon as we were at the south end of the city the road was once again ours for the day.

Our stop for the night would be at a B&B in Port Gibson. Along our route we stopped to climb up a small hill to visit an old, but still in use, church and yard near Rocky Springs. 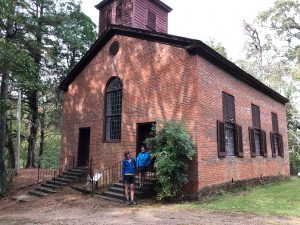 Rocky Springs Methodist Church and Cemetery are all that remains of the once popular antebellum town. 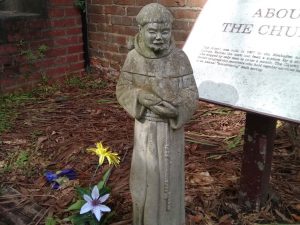 Rocky Springs is now a tourist site on the Natchez Trace Parkway between Port Gibson and Raymond. 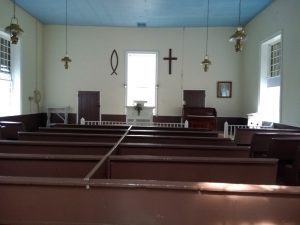 Inside the Rocky Springs Methodist Church. 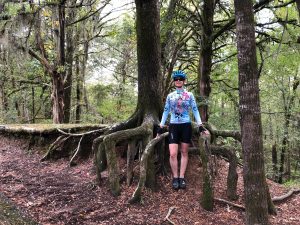 When we got to Port Gibson our hostess at the Isabella Bed & Breakfast greeted us with glasses of refreshing local beer, made with pecans. Delicious. 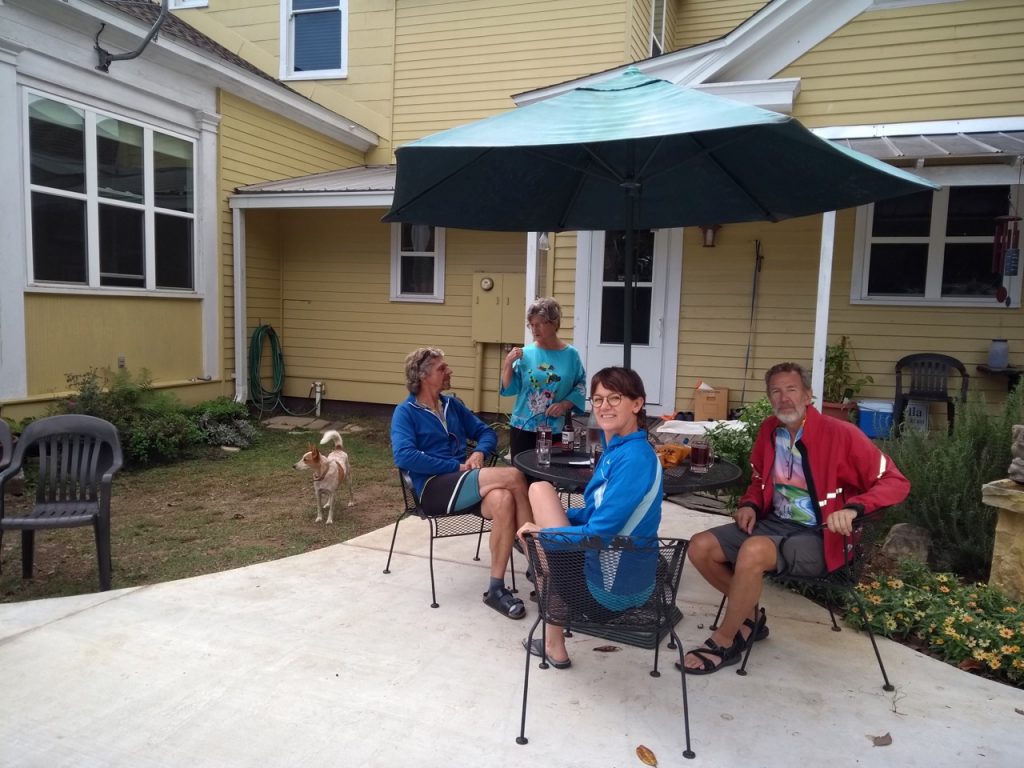 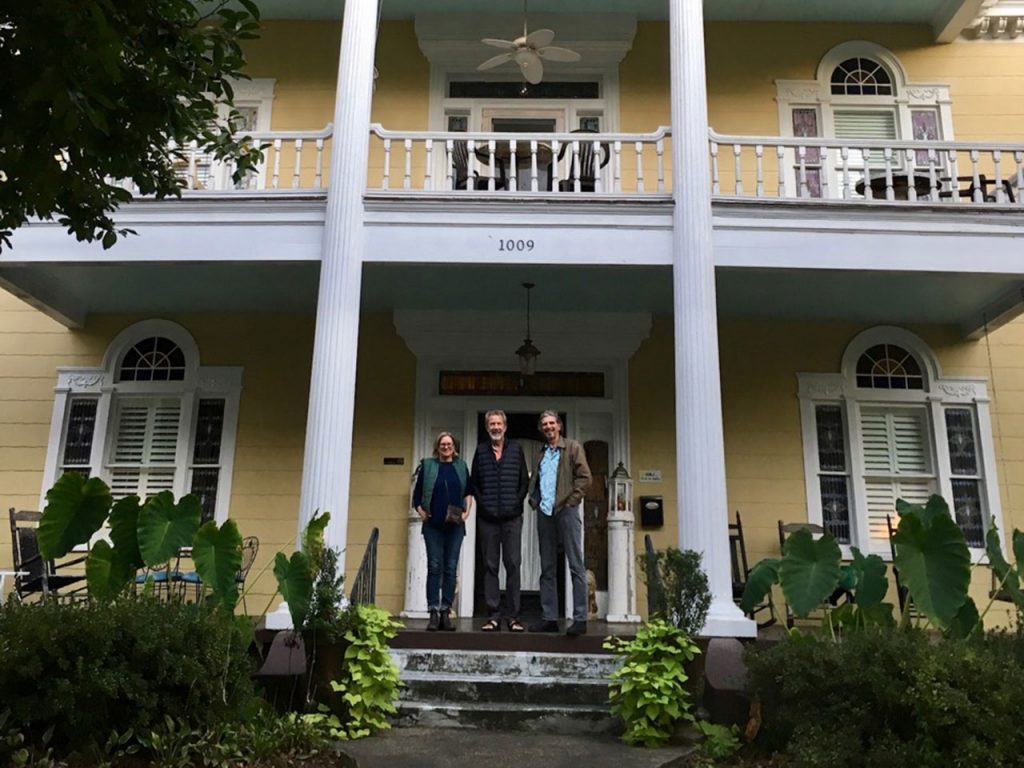 The front stoop of our lovely “Person home” B&B 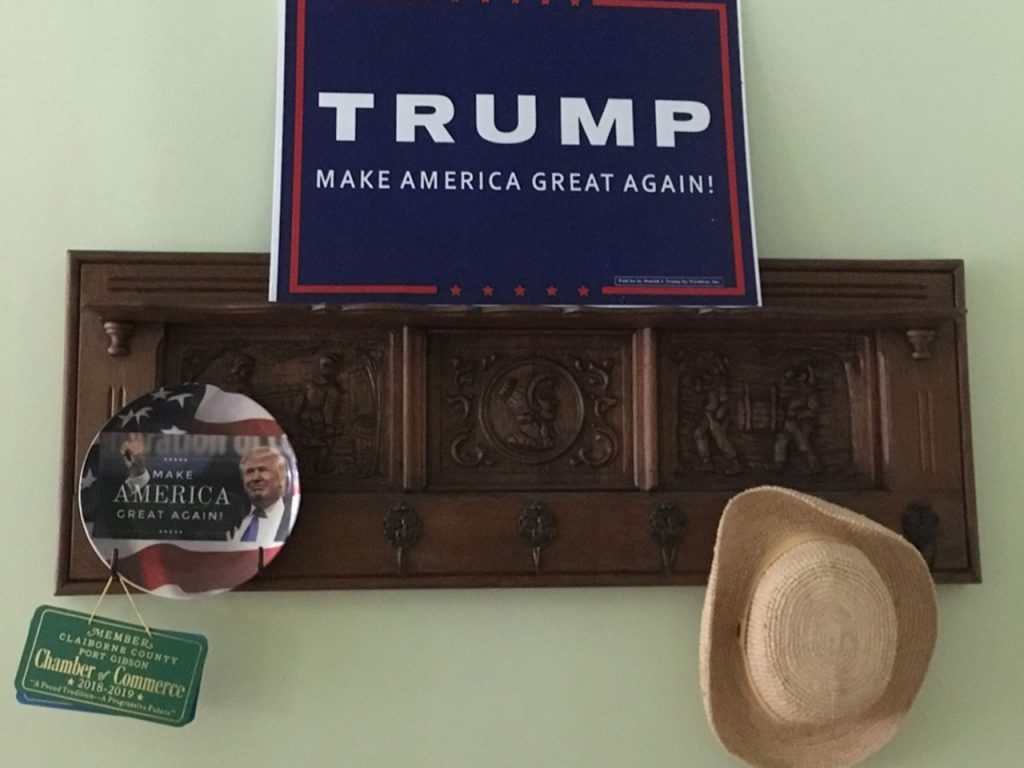 This is Trump country! 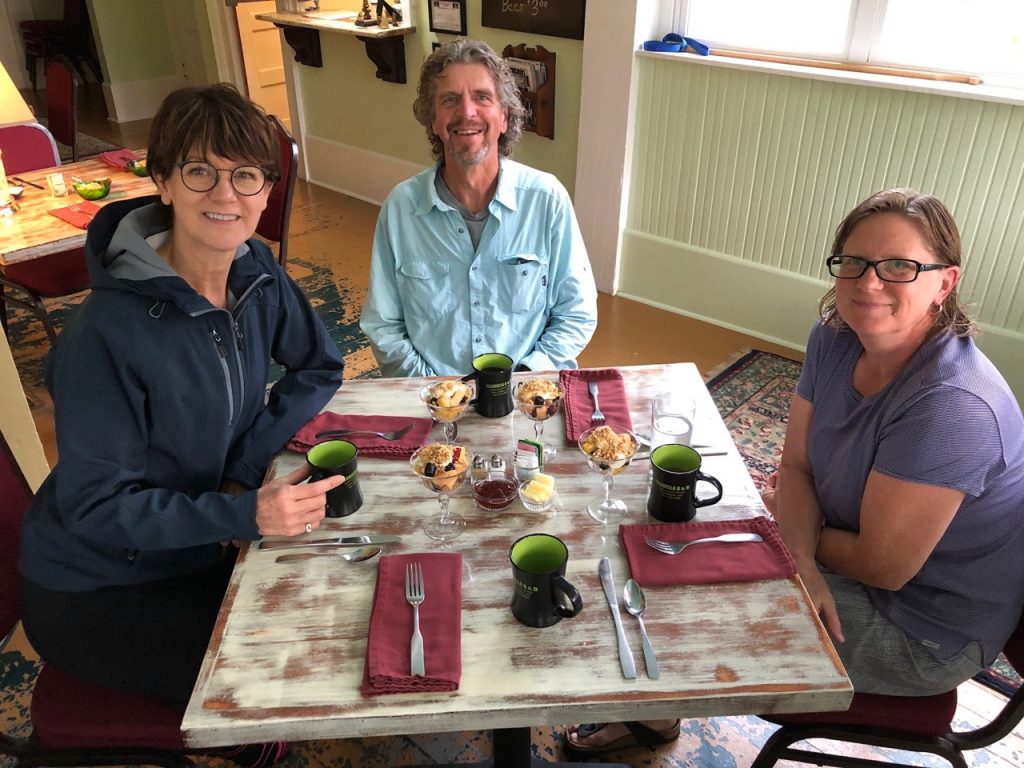 Isabella (her real name is Bobbye) had a lovely breakfast waiting for us in the morning.

Next morning was also our last morning of the cycling part of the adventure. Tonight we would arrive at Mile “0”, the beginning (and for us, the end) of the Natchez Trace Parkway. 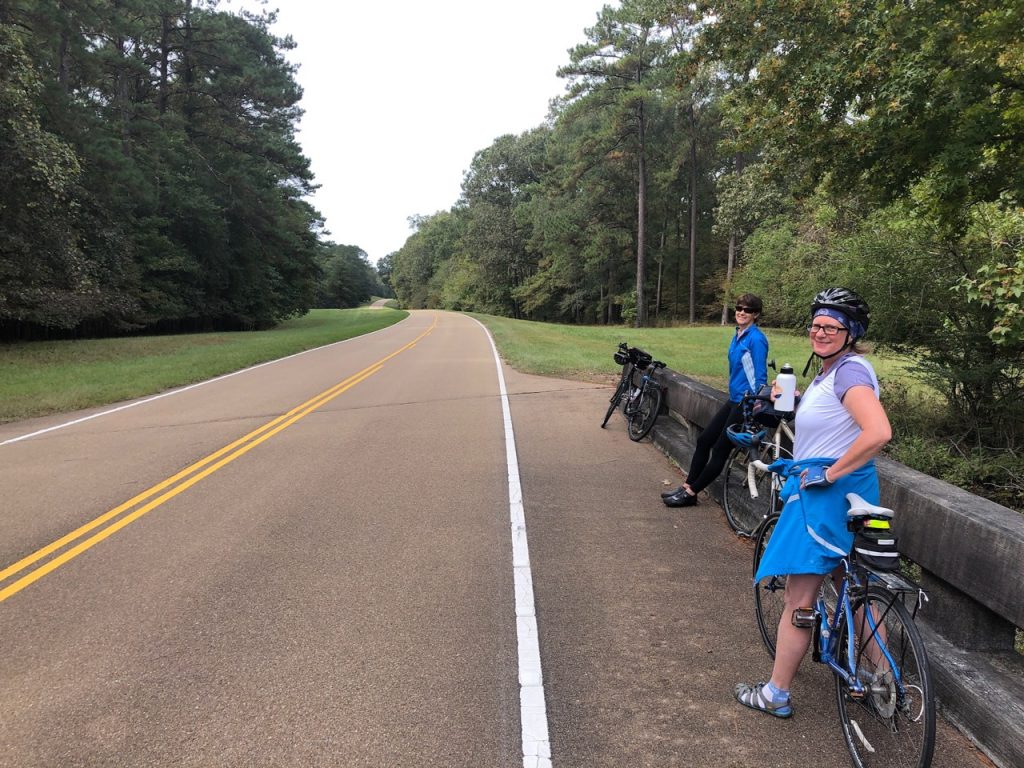 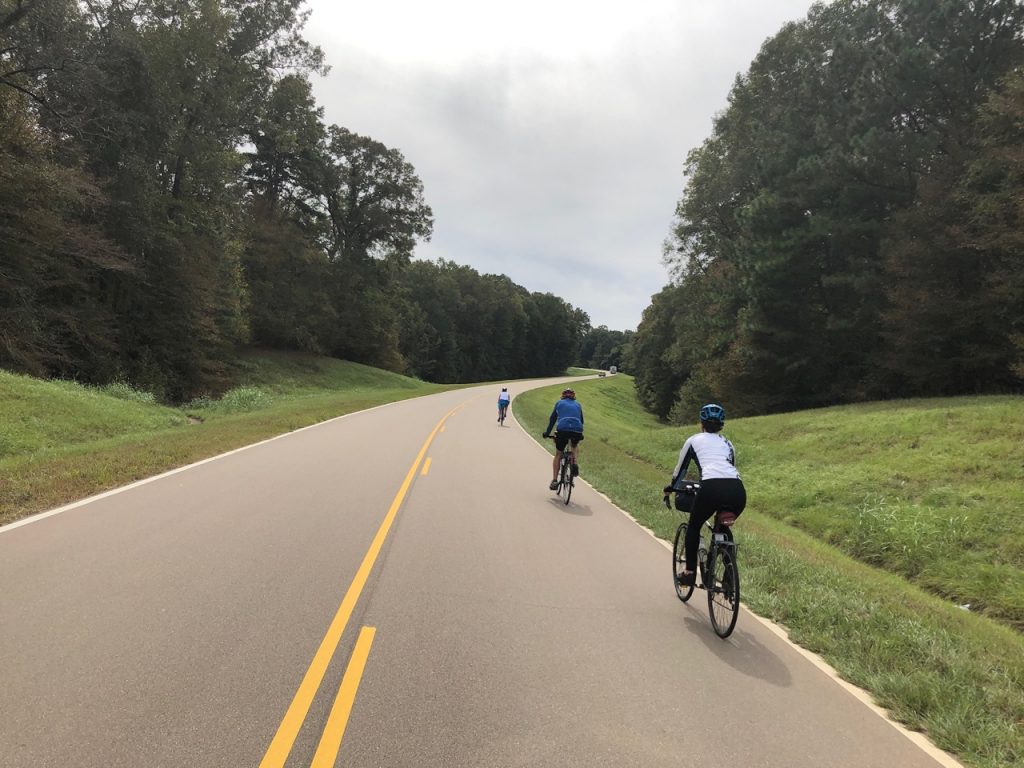 Too bad it has to end so soon. 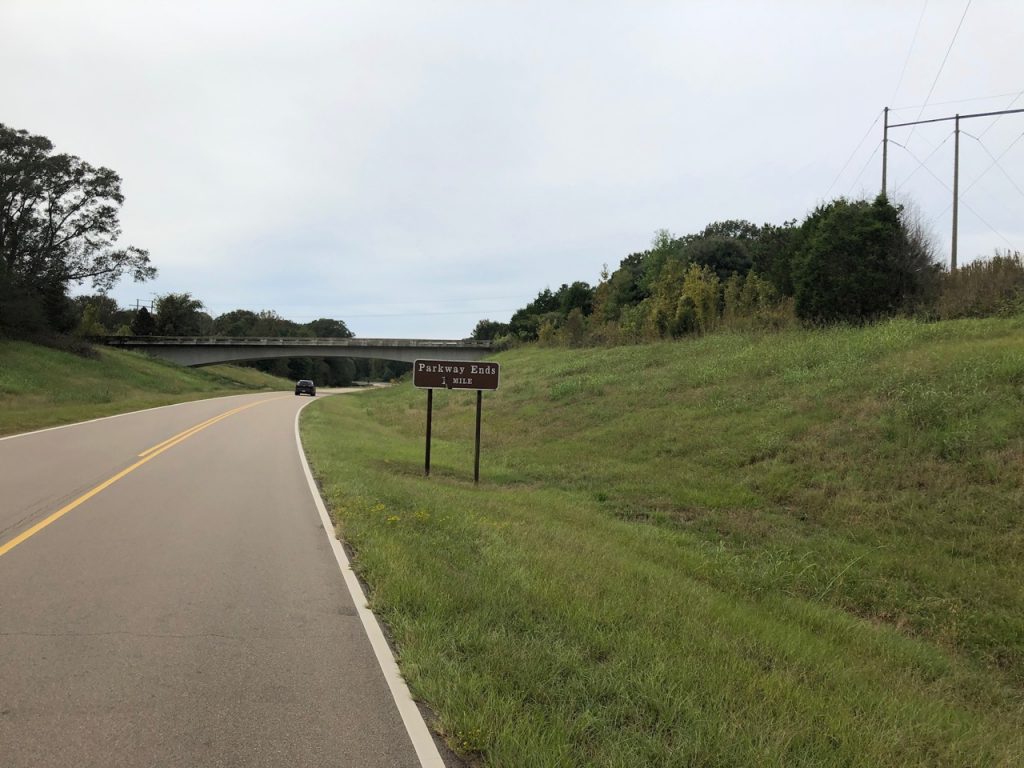 One more bridge; one more bend in the road, one more mile! 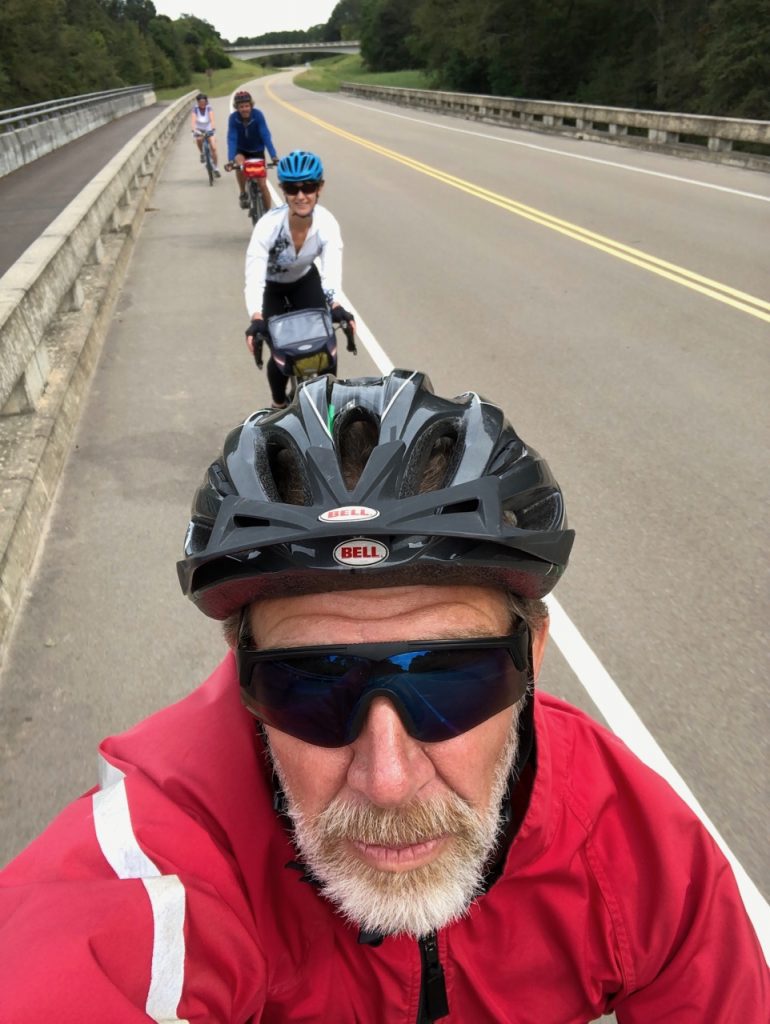 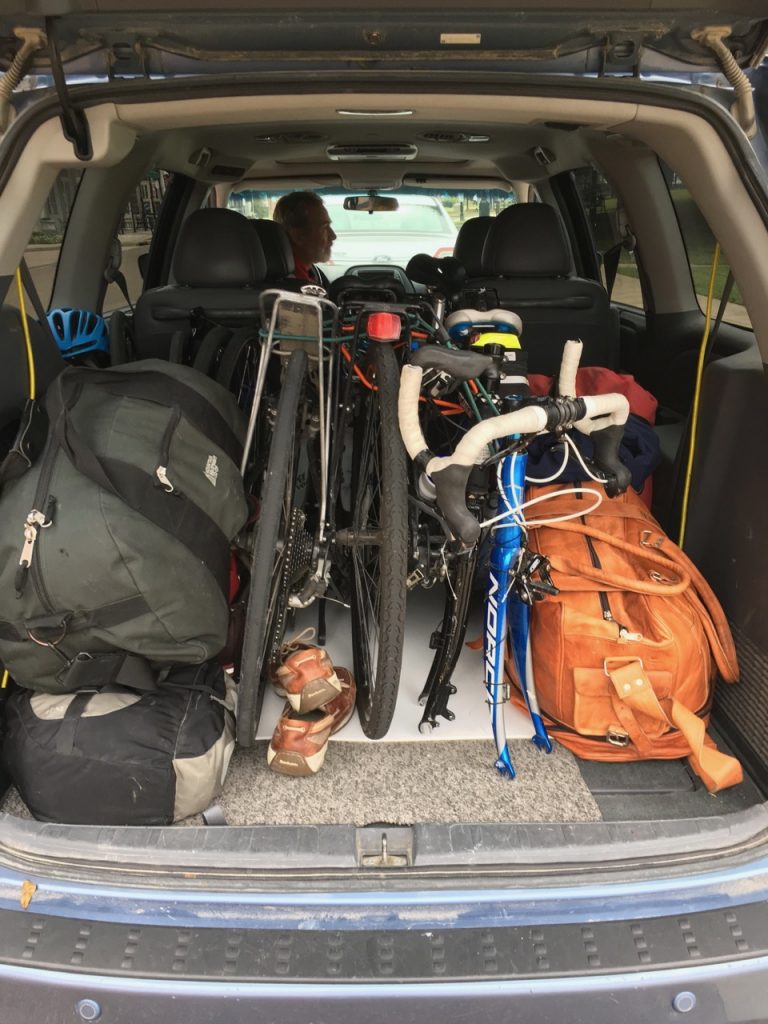 All packed. That’s it for cycling on this adventure!

And that’s it! We’re done. We stopped for a group photo, although there was no one there to take it for us. So we improvised. And then we packed the bikes into the van one last time and drove into the city of Natchez.

We checked into the Grand Hotel in Natchez. The hotel really was “grand” — right on the big wide Mississippi River, with Louisiana on the other side. We showered and changed, then had a celebratory beer. We walked the boardwalk along the river. The sun was about to set, creating a beautiful red sky as a backdrop to the big bridge just south of our hotel. A few blocks down from our hotel we discovered Smoot’s Grocery, a lovely little bar with a couple of guys playing blues and southern rock. Great entertainment. Too bad we couldn’t order a meal there. We found a very busy big restaurant not far from there and had our last dinner as a foursome. Tomorrow we were driving down to New Orleans, a just-under 3 hour trip, where our sister Irmy would be joining us for the weekend. 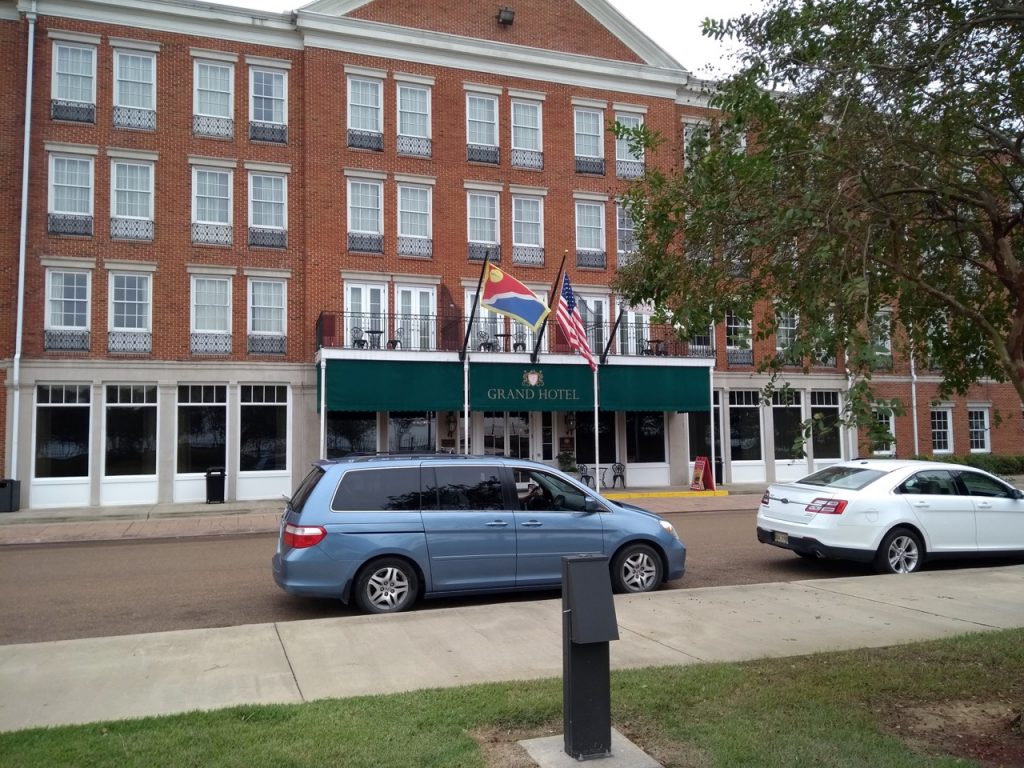 Parked in front of the Grand Hotel on the river in Natchez Trace, MS 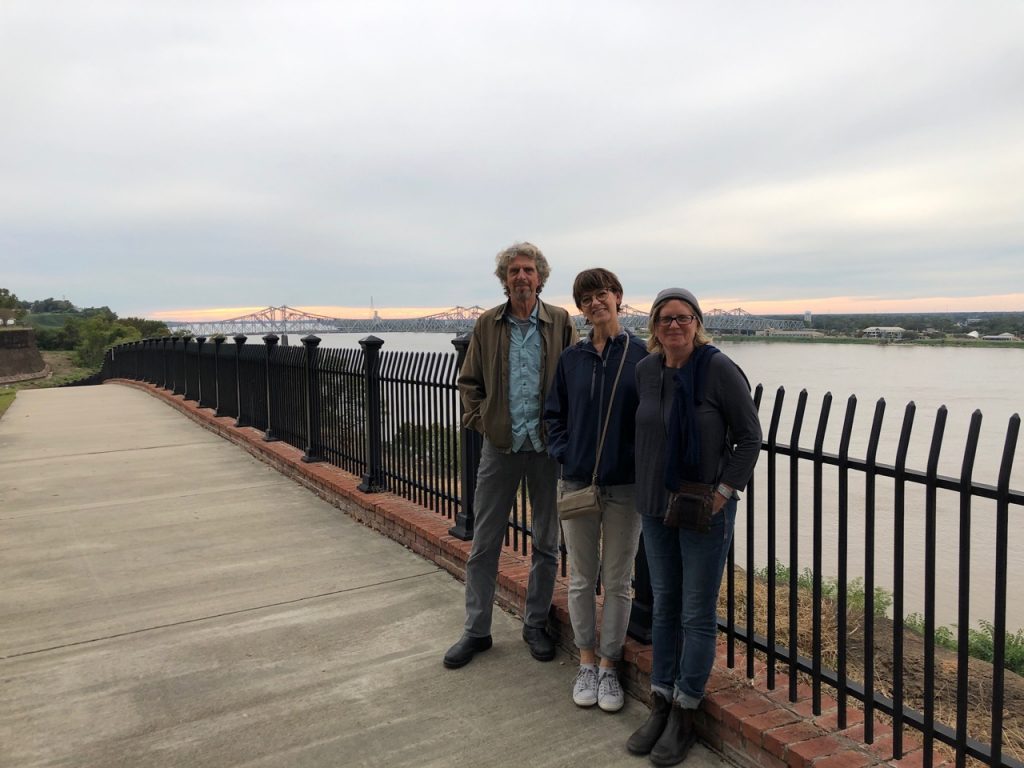 On the Natchez boardwalk. 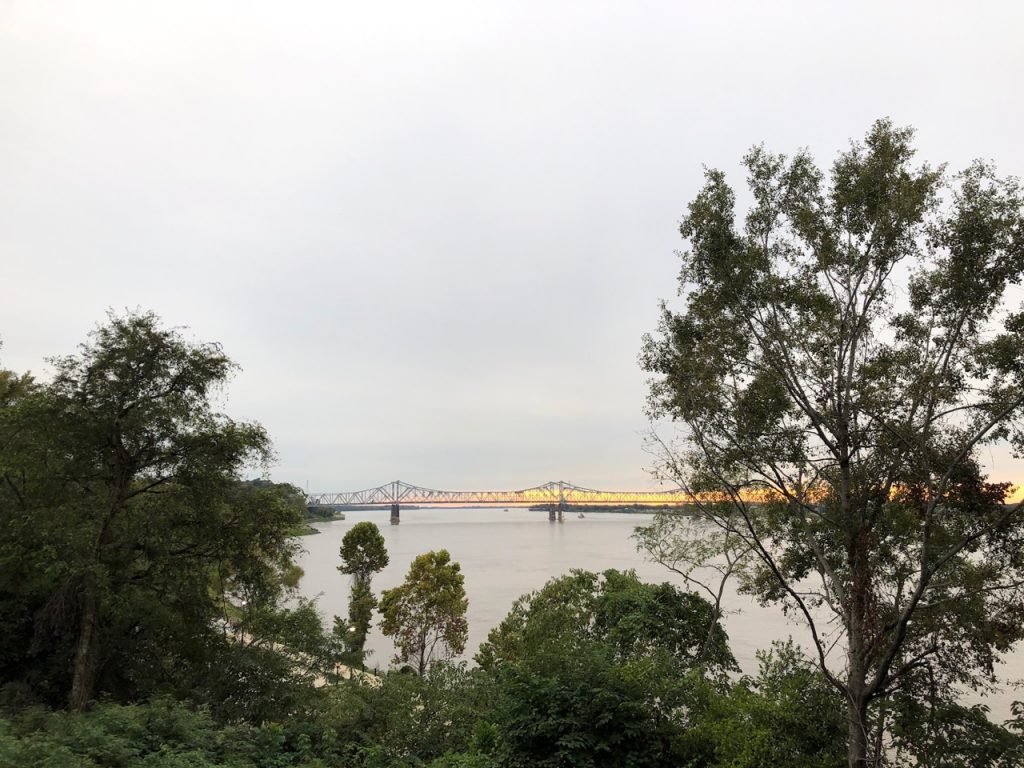 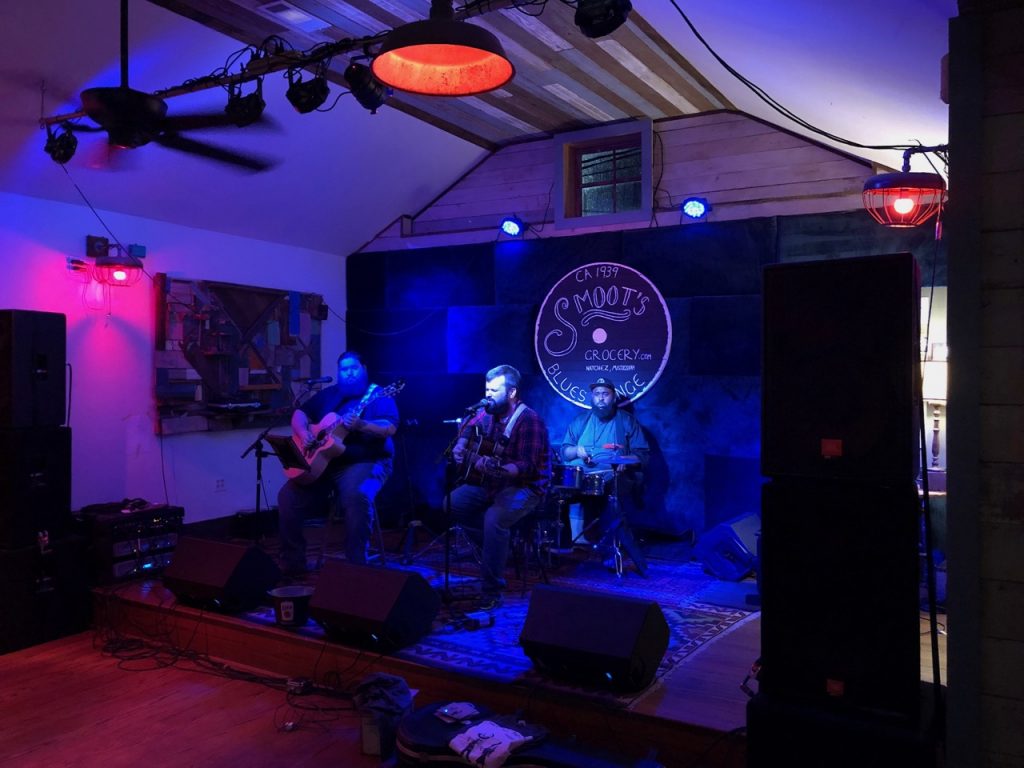 Celebrating our accomplishment at Smoot’s Grocery Blues Lounge, a small club in Natchez.