We drove down to New Orleans and found our VRBO (Vacation Rentals by Owner) house. We parked the van out in front and unloaded our gear. The bikes stayed in the van. There was a grocery store just across the street. It was a 10-15 minute walk to the French Quarter from our place. Sister Irmy had flown into New Orleans last night and checked into a hotel near the airport. She was exploring the downtown, having breakfast and waiting for us. She showed up before noon. We drove back to her hotel to retrieve her luggage. Our house had a couple of bathrooms and 4 bedrooms, a small kitchen out front, and a backyard which we shared with renters in the adjoining unit. 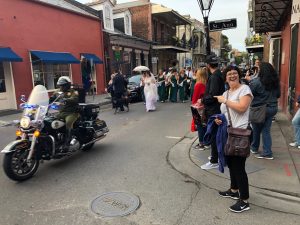 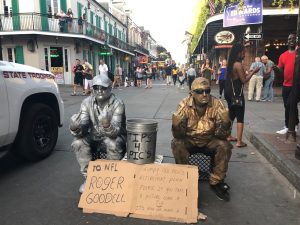 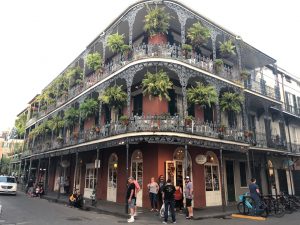 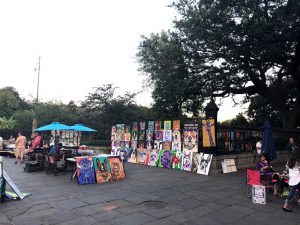 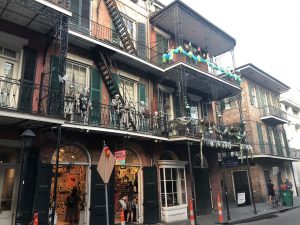 For the rest of the weekend we spent most of our time down in the French Quarter. 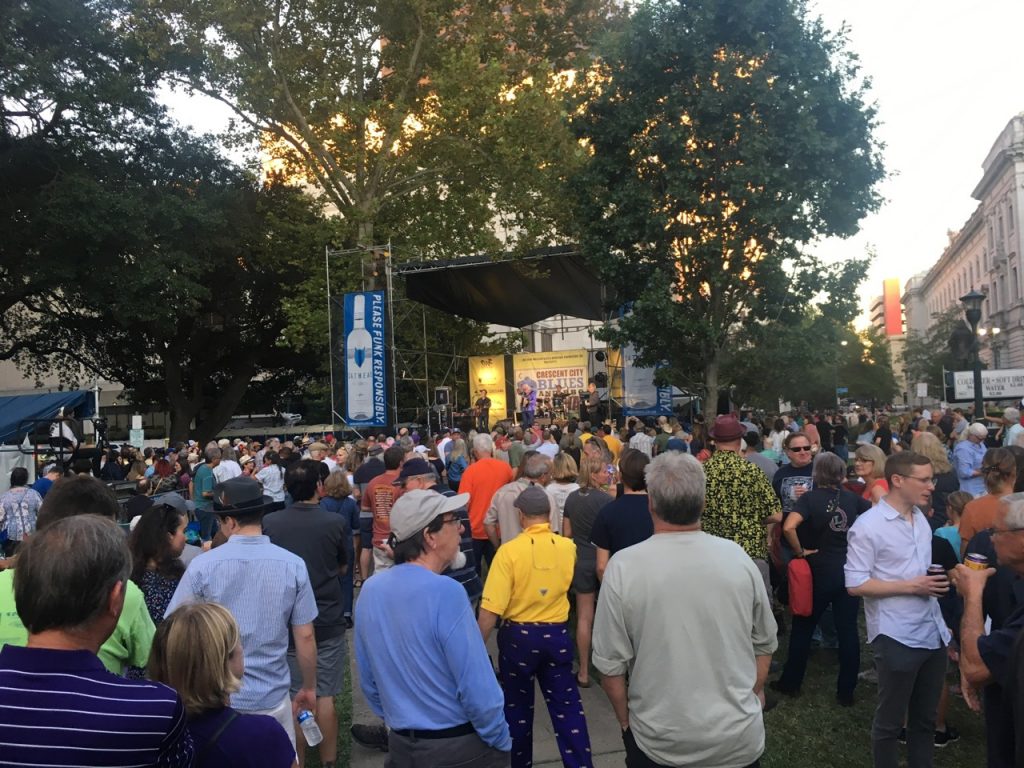 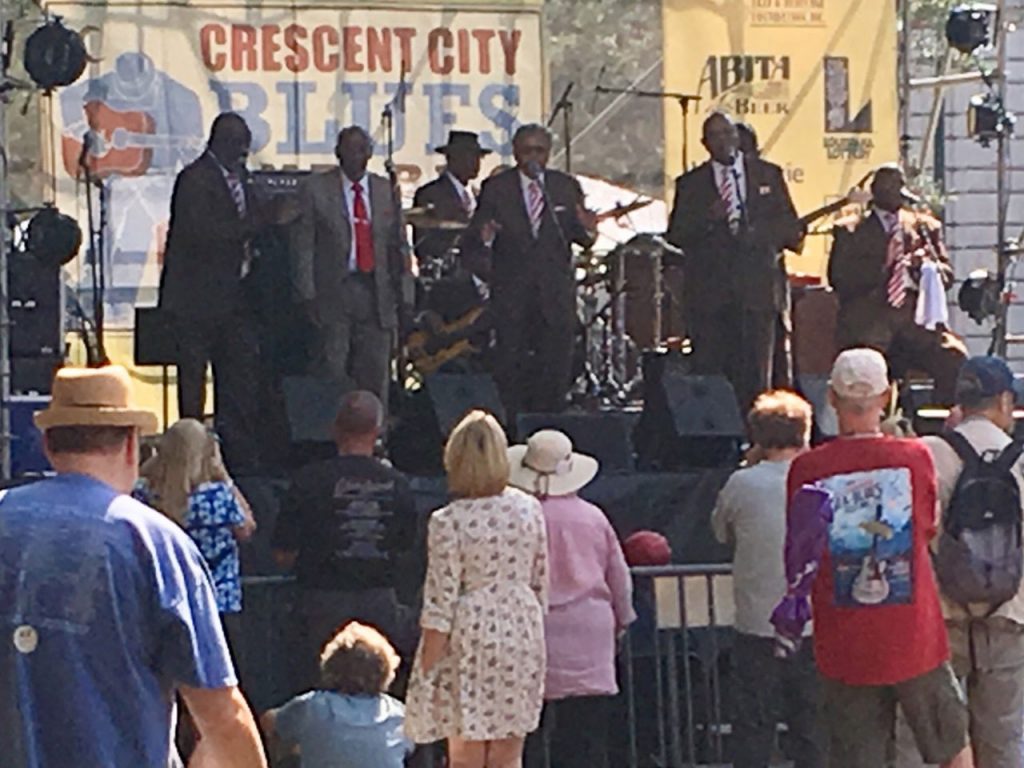 We discovered that there was a weekend music festival in one of several parks in the New Orleans downtown area. And it was a FREE festival, with lots of great music and assorted gift shops and big barbecues set up around the perimeter of the park. 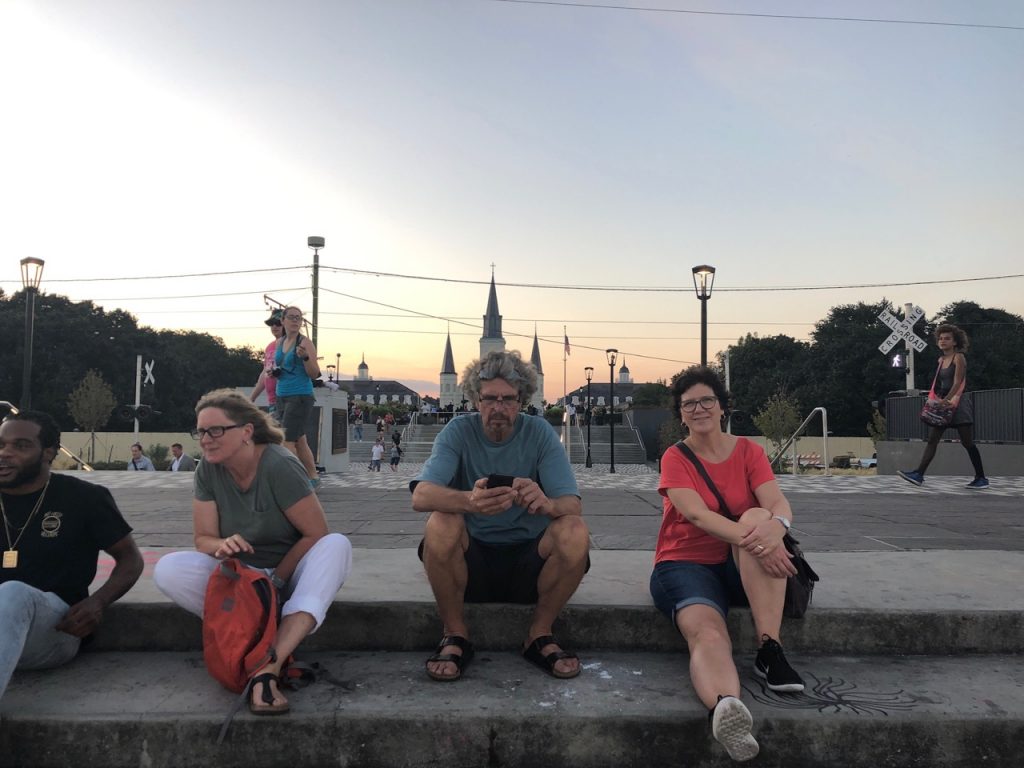 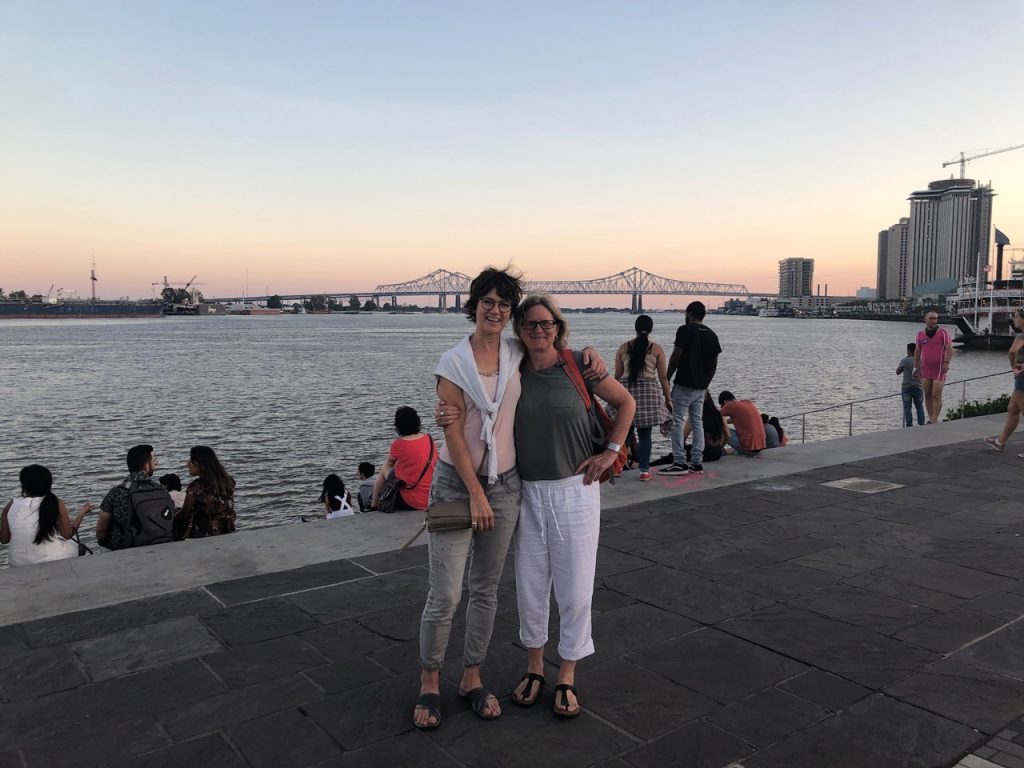 Down at the riverfront we could enjoy people watching while listening to buskers play music. 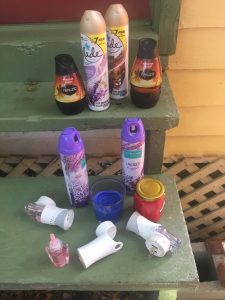 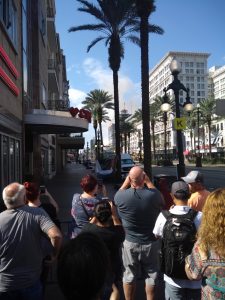 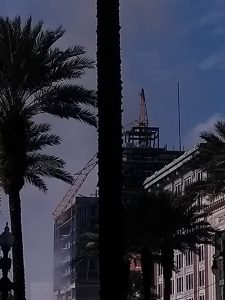 Above: We moved most, if not all, of the perfumey sprays and candles from our house and stored them on the back steps until our departure. There had been an accident atop the Hard Rock Cafe construction site in New Orleans, which attracted some onlookers when workers (unsuccessfully) tried to move the cranes which were hanging precariously above a couple of streets below. 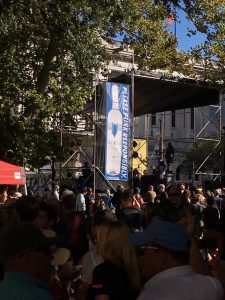 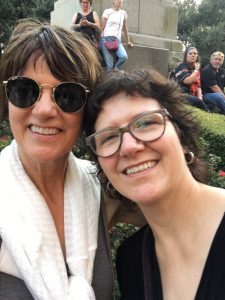 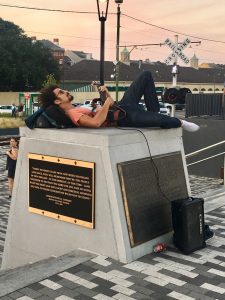 Above: Concerts, sisters, and a busker on the riverfront.