A fool gives full vent to his spirit, but a wise man quietly holds it back. Proverbs 29:11

Saturday morning. Bacon and eggs? Well, not at our house this morning. We’re winding down. Trying to empty our fridge. We’ll go out.

Dave and MaryLou wanted to see if they could get massages one last time here in Mexico. Dave found a place in the Las Americas suburb that looked like it might be a possibility. He tried calling but only got an answering service. We decided to take an Uber and check out the place — and find a breakfast place nearby while we’re at it.

Well, the massages wouldn’t happen in Las Americas. But breakfast would. We enjoyed a pretty nice brunch in at the Green Cafe, including ‘divorced’ eggs, a vegetarian omelet, and waffles with fruit and whipped cream.

The Driedgers were considering taking a cab back up to Progreso where massages on the beach are easily available any time. But MaryLou had a business card from the place in downtown Merida where she’d been with her sister Kaaren a few weeks ago. She gave them a call. Yes, they were open. Yes, of course they spoke English. Yes, they would recruit a second masseuse so that both she and Dave could get a massage at the same time. MaryLou made the  appointment for 5:30 tonight. That would work out great. We would drive into town and go out for supper after the massages.

We took an Uber back to our house. It was another hot day. Dave suggested we go for a quick nine holes. Sure. We took our frozen water bottles out of the freezer and walked our pull-carts over to the first tee.

My game hasn’t changed much in the last couple of months. I seem to alternate between playing one or two holes well, and then getting myself into trouble and blowing up on the scorecard. Dave, however, has played some great golf, especially early on. Unfortunately, in the last couple of weeks, too often his scores have been closer to a hundred than to 80. This afternoon was an exception. Dave was playing a great game! Then on hole eight a series of less than stellar shots spoiled what might have been. Dave was NOT happy. Another errant tee shot on the ninth, which has given Dave more than his share of aggravation, made for a very disappointing finish. We pulled our carts back to the house. Golfing is hard work. 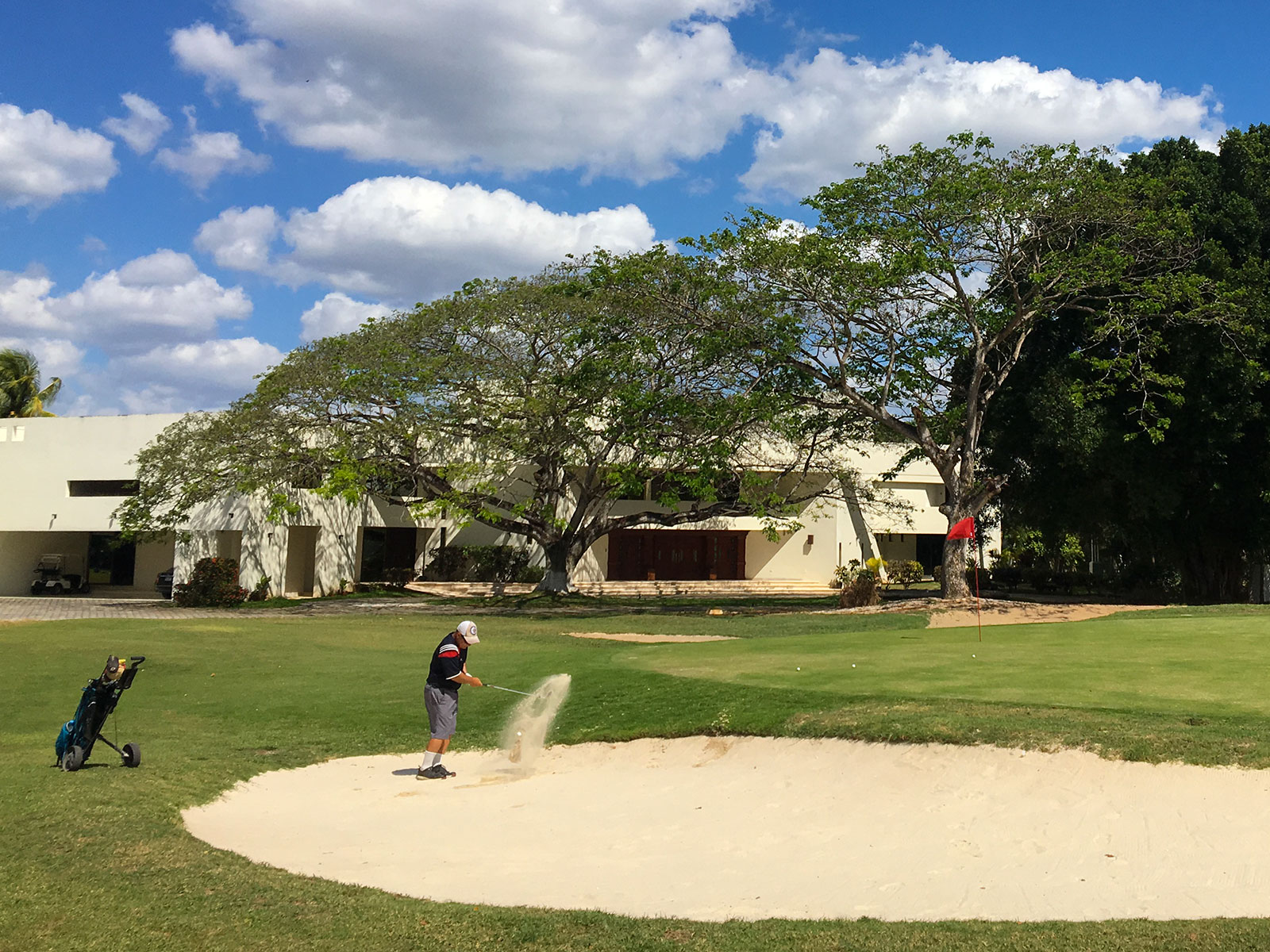 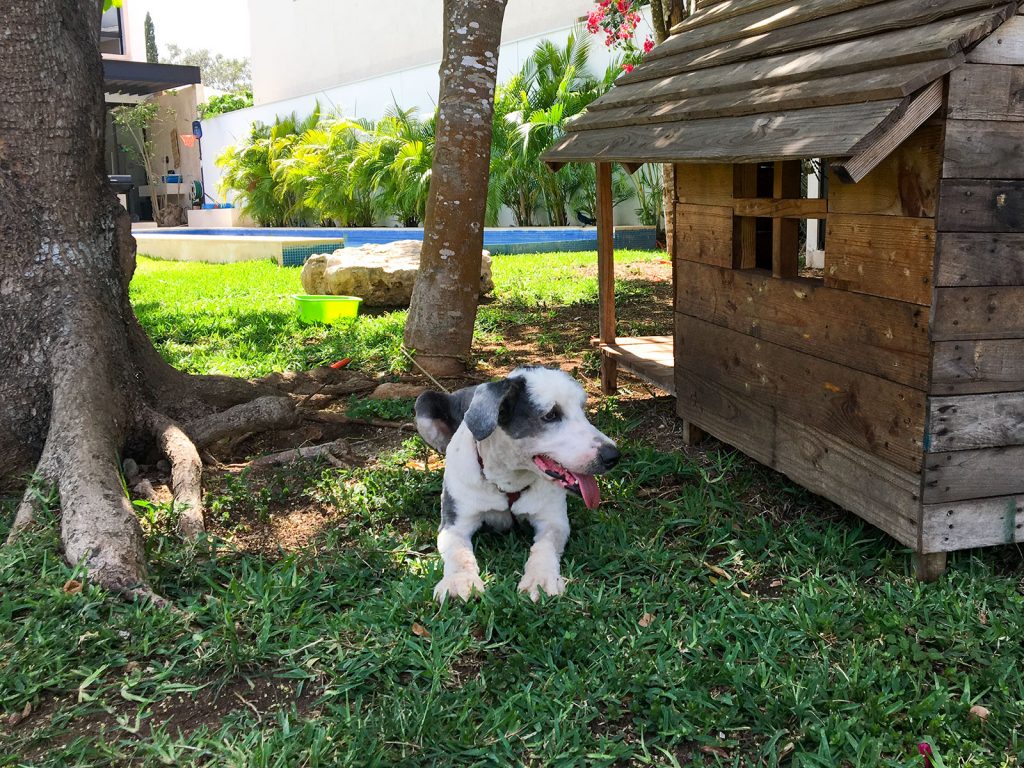 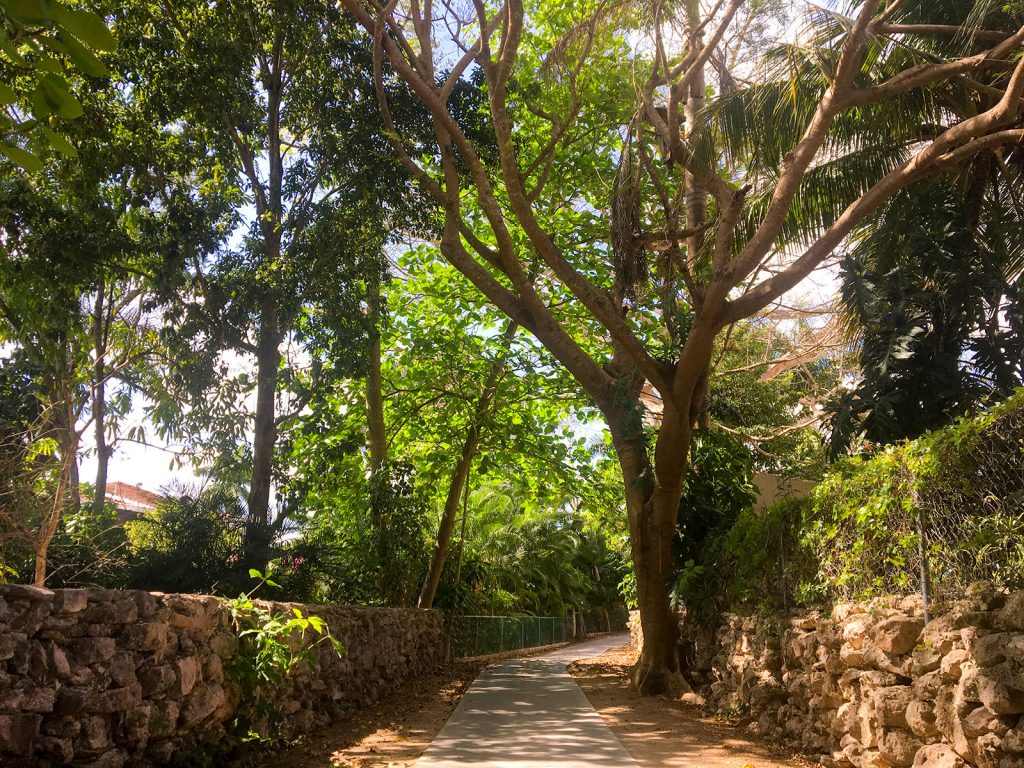 Back at house we had G&Ts and licked our wounds. Soon it was time to get ready to go into town for those 5:30 massages. We walked to the front gate and waited for our Uber. The cab ride into Merida took about half an hour.

Once there, I went for a walk while the Driedgers got rubbed. I checked out the central square where they were setting up for another Mayan ball game for later in the evening. I sat and watched locals and tourists enjoying the evening air in the Grand Plaza. Then I wandered down to the Santa Lucia plaza and found a little table where I nursed a cold Dos Equis and watched hip-hop dancers practicing their routine on the big stage. 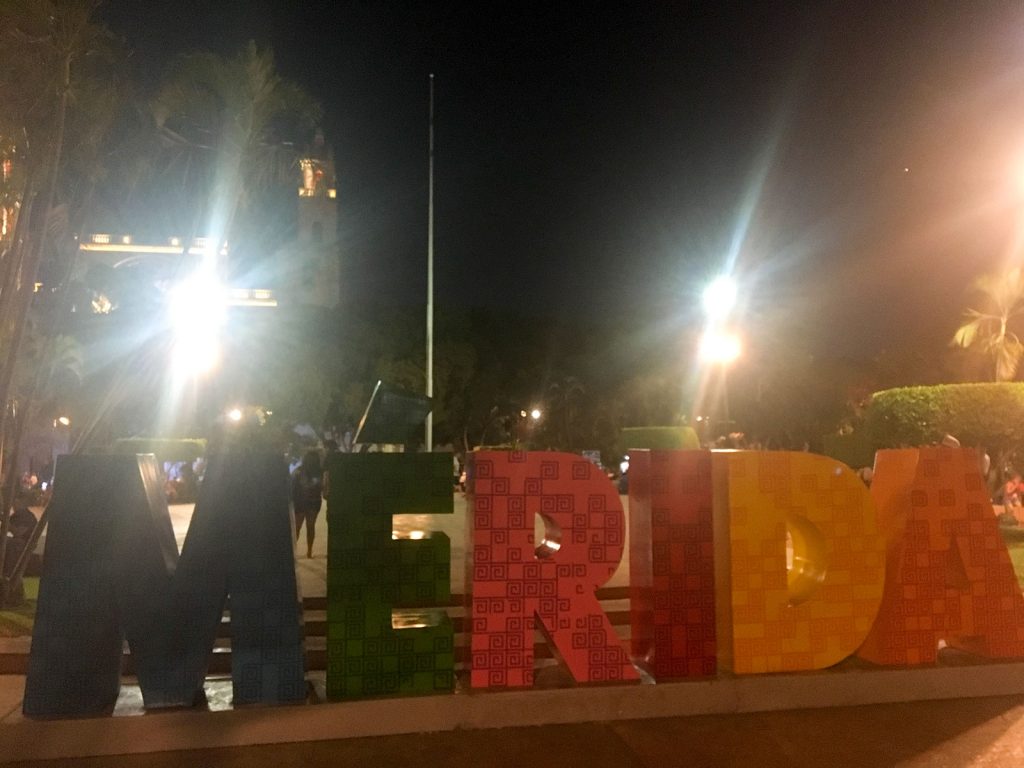 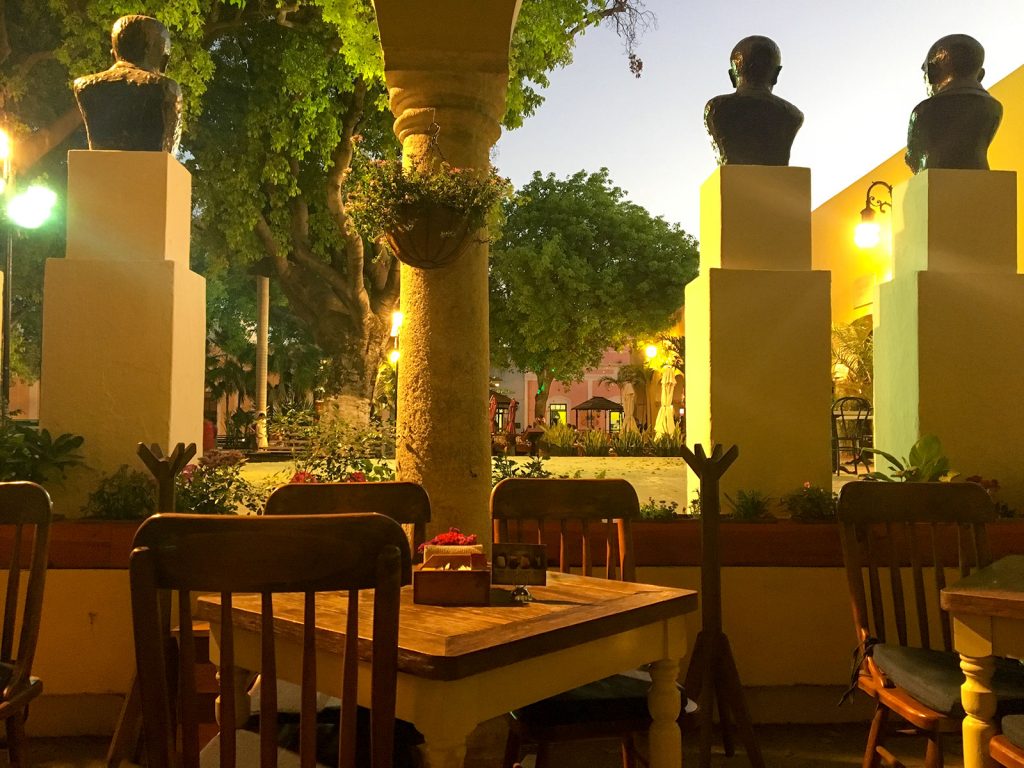 After their hour at the massage place was up, the Driedgers made their way to the Mercado-60 food court. I sent a text message to our friend Mario, asking if he was working there tonight, and if so, perhaps we could meet with him. No response. We walked around in the inner courtyard, looking to see if maybe he was around. Nope, not tonight.

The Mercado-60 has about 10 or 12 different food booths surrounding a bunch of picnic tables in the middle. I ordered a wood-fired pizza; the Driedgers joined me at my table with some burritos. We sat for a while and watched mostly young back-packers all around us. It appears that the Mercado-60 is a busy meeting place for young people. And that was our supper. Time to say goodbye to Merida and head home to our apartment.

Our Uber picked us up outside the Mercado. As usual, we walked from the front gate back to our house via the cart path under a starry sky. The air was still warm, maybe 24 degrees. When we got back to the house we headed to the fridge and had some of that ‘home-made’ chocolate from last night for dessert. Not bad! A little ‘grainy’, but not bad.

Dave got comfortable in his spot on the couch and started up the TV. Maybe we should watch that “Bumblebee” movie. Hmmm… Why are all the opening credits in Chinese? Lots of sound and fury blared out of the TV speaker as the CGI robots chased each other around and blew stuff up in Chinese. He watched for a few minutes and then went back to the main menu. What else have we not seen?

I went upstairs, opened up my patio door and turned on the A/C for a while to cool down the room. It was too early to go to bed. I turned on my Netflix and started watching the Icelandic movie the Driedgers had recommended. I was too tired to write my journal. After half an hour I turned off the TV and the A/C and went to sleep.