But do not overlook this one fact, beloved, that with [some golfers] one day is as a thousand years, and a thousand years as one day. 2 Peter 3:8
And now, O Lord, for what do I wait? Psalm 39:7

I was up early and at around 6:30 I went downstairs to make coffee. MaryLou had already been sitting at her computer for an hour and a half, as she does every morning. When Dave joined us there was still a question as to whether we’d go golfing this morning, but after he had cooked up his pot of steel-cut oats and had his morning mug of coffee and Baileys he felt sufficiently fortified and ready to hit the links. MaryLou would join us for the first nine holes. We collected our assorted frozen bottles of water, lathered up in SPF-50, and marched out to the clubhouse. Unfortunately there were several groups ahead of us on the first tee. The starter came over and suggested we golf the back nine first: the ladies in the foursome ahead of us were VERY slow, too much bla-bla bla-bla. So that’s what we did. 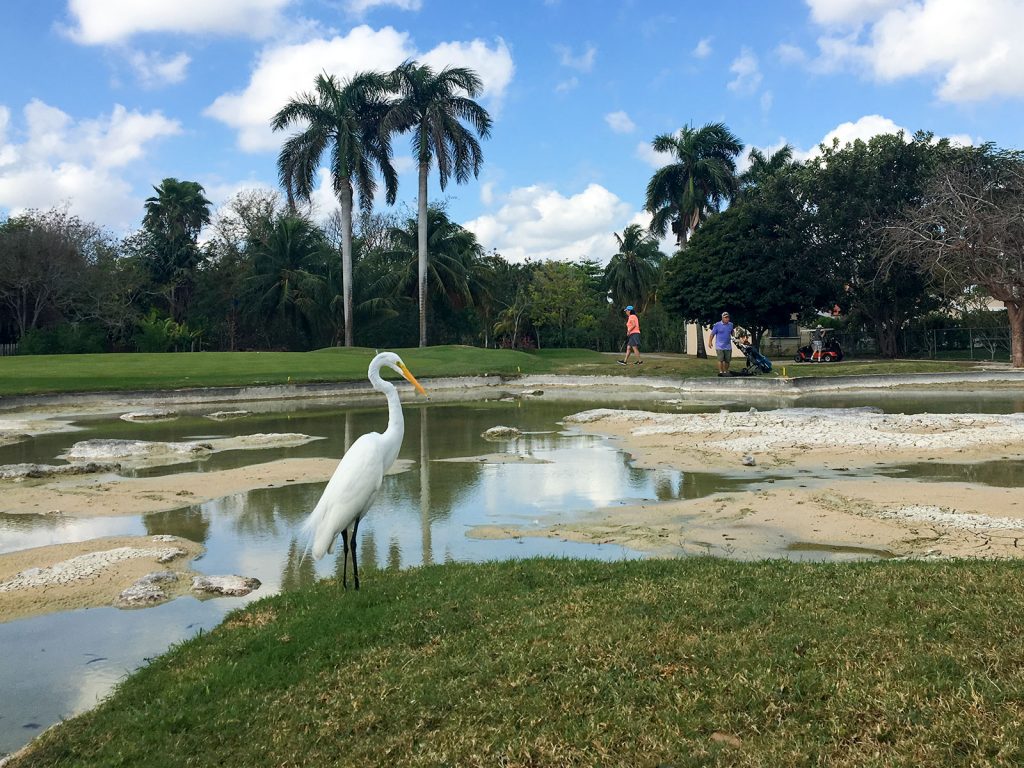 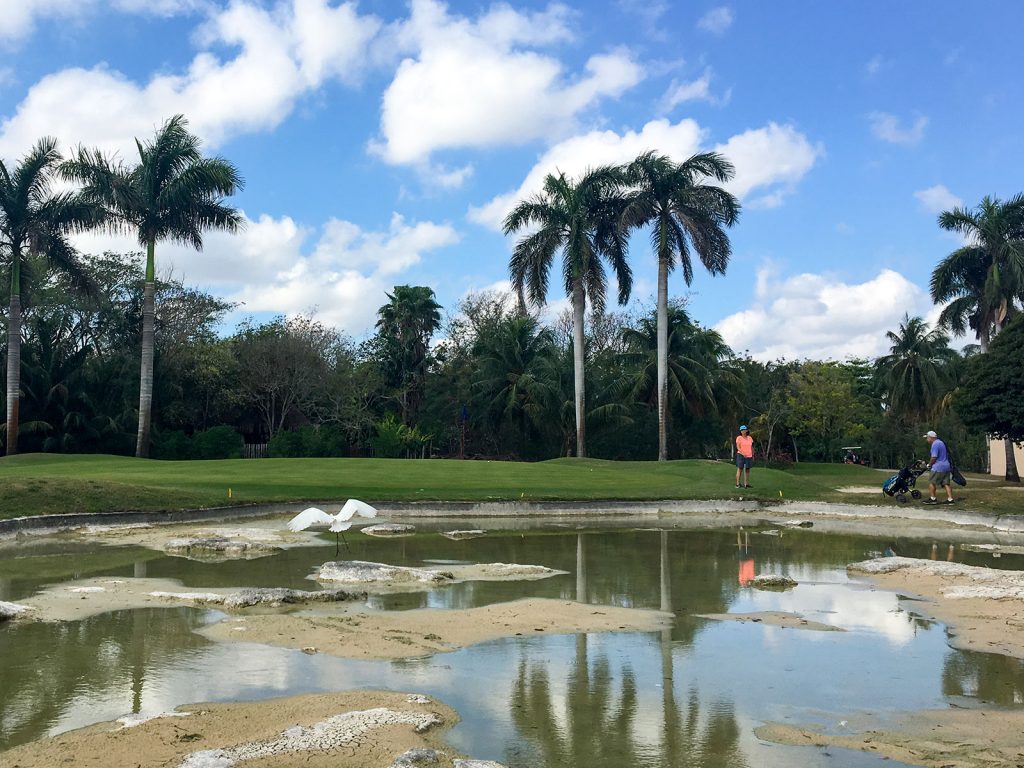 When we’d finished the back nine we continued on to the first tee. Now we would be waiting. And waiting. The three jerks ahead, each in their own golf cart, were all over the course. And when they got to the green they slowly shuffled on, lined up their putts, lined them up again, rolled the ball in the general direction of the pin, rolled it a bit closer, rolled it a bit too far, watched one of the other guys roll their ball at the pin, etc. Ho-hum. While Dave and I watched from the second tees, a 140-yard par 3, they each helped the other guy FIND their ball after their first shot, before each taking a turn at trying to get their ball onto the green. Unfortunately one guy had landed his shot into the sand trap at the front of the green. He tossed the rake out beside the trap, grabbed his club, and took a HUGE whack at the ball. Sand sprayed out onto the front of the green but the ball stayed in the trap. He flailed at the ball again. Lots of sand sprayed out onto the green. Still no ball. He dug FOUR big ditches in that trap before the ball finally soared out over the green and onto the lawn of the home behind the green. No raking the trap after the landscaping he’d done in there. No, after all three had nicely taken turns putting their ball all around the hole, the again ambled off the green, back to their carts and on to the next tee. It would be a LONG morning!

Too long for us! We were waiting halfway down the fourth fairway, standing and waiting in the hot sun, watching these hackers doinking around on the green ahead. What a joke. We considered skipping this hole and jumping ahead of them, but the four ladies taking turns dribbling their ball off the tee on hole number five looked to be even worse than these guys. Hopeless. What’s the point? We put our clubs back in our bags and towed our carts back home. Maybe tomorrow.

I made myself a sandwich for lunch. Dave fried up a burger. I showered and put in a load of laundry. Then I came downstairs and checked out my egret photos and worked on a crossword puzzle. Dave, ensconced in his usual spot on the couch, alternated between reading a page or two in his Dan Brown novel and sliding little coloured tiles around on his iPad game. Just before two o’clock MaryLou came down for a few minutes to make herself a sandwich before going back up to her room.

Then Dave started up our TV — time to watch a few episodes of “True Detective”. We were about halfway through our episode when Angel, the worker from our neighbour’s house, came by to do his weekly mopping of our floors. So I took my crossword upstairs and sat in the warm afternoon shade on our balcony while Angel cleaned the house. When he was done we continued our “True Detective” marathon event.

We had the last of the eight episodes left when it was time for supper. We walked to the mini-superette and took an Uber into the Las Americas development across the highway. The Bella Roma was a ‘sister’ restaurant to the Antika Roma in Altabrisa we’d visited about a month ago. Friday night is pizza night. The wood-fired ovens wouldn’t start up until 8 o’clock, so we ordered drinks and shared a salad while we waited for our pizzas. Very nice little restaurant. Food was good. Service very good. 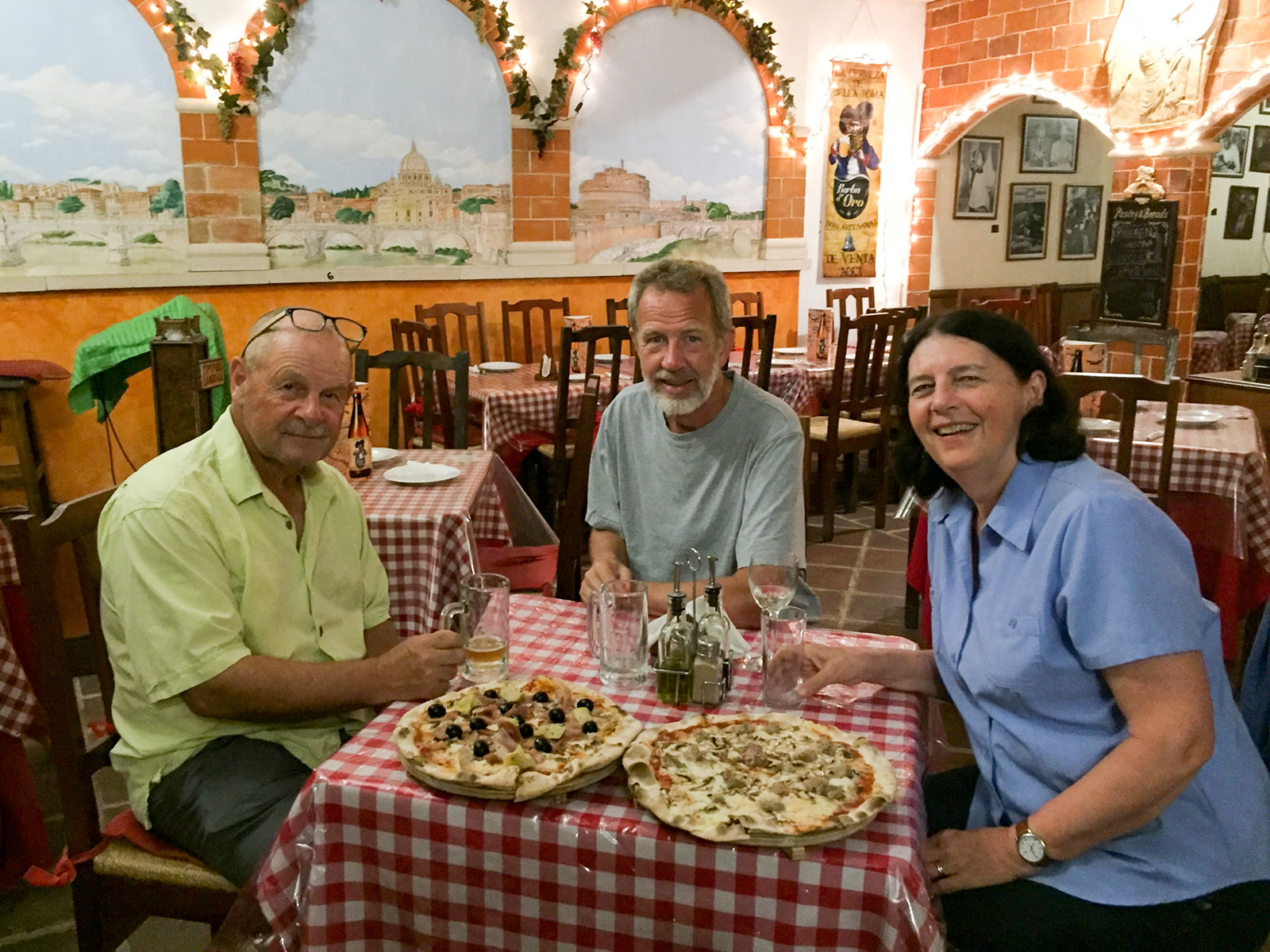 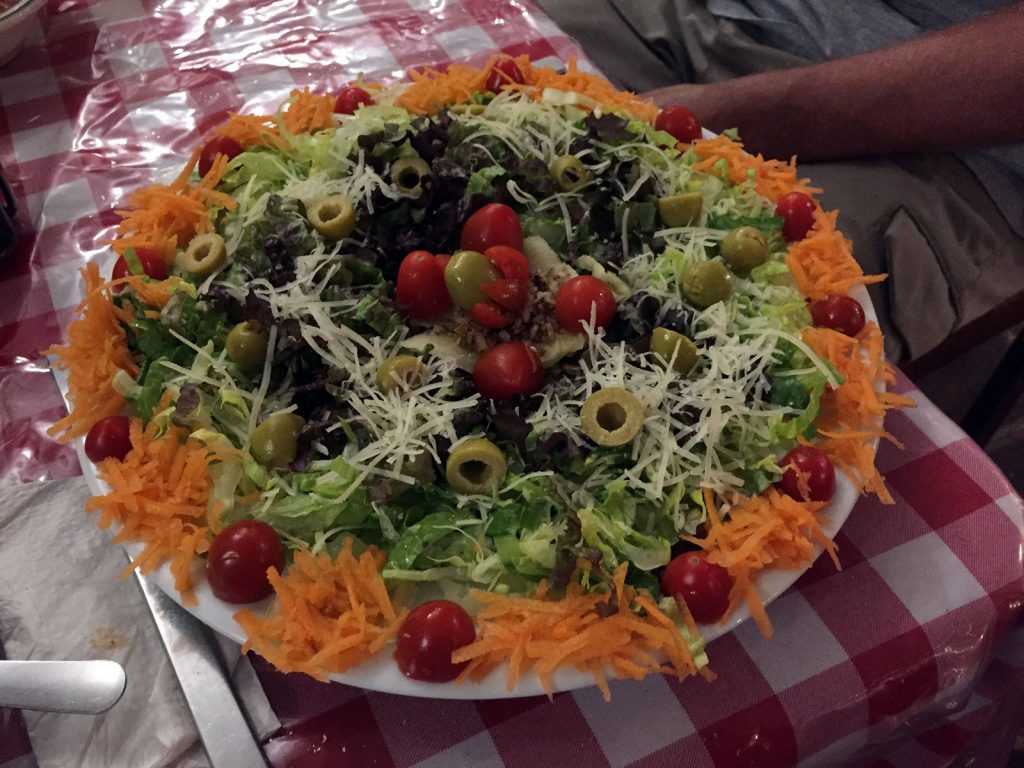 Our salad at Bella Roma 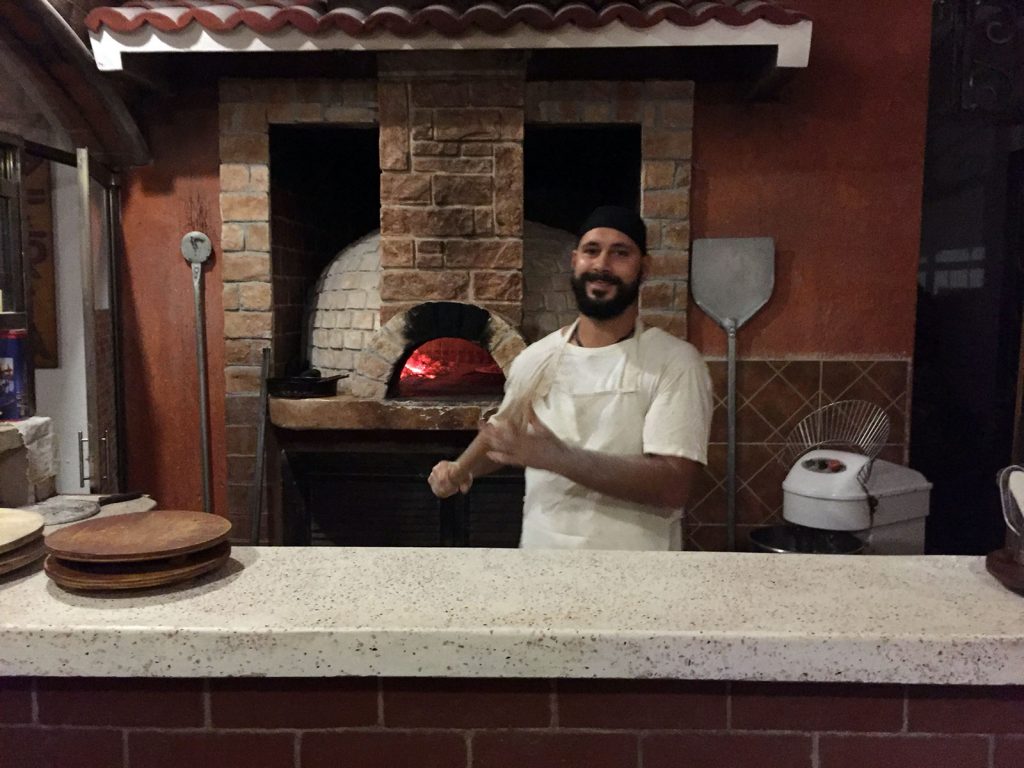 By 9:30 we were back home. We’d made a pitstop at our mini-superette to pick up some freshly-baked brownies and a quart of almond ice cream. Dave had the Raptors game on the big TV and the Jets hockey game on his iPad. Both games were close, with the home teams (the good guys) winning in the last minute or two. There was much joy in Mudville tonight!

The tension of two close games finally over, it was time for dessert and the final episode of “True Detective”. Dave called MaryLou down from her room and spooned out the ice cream over our brownies.