In it were all kinds of animals and reptiles and birds of the air. Acts 10:12

Dave and I went golfing early this morning. The conditions were great — not too hot, a light breeze. Too bad we had to stand around and enjoy it while we watched the jerks ahead of us taking their sweet time. We finally had seen enough and at hole 7 we jumped past them to the ninth. And from there on it was clear sailing.

When we got home I ordered a big jug of water and a bag of ice from the mini-super. A guy on his motorcycle delivered that a short while later. We had lunch. I called my mom. Dave wanted to leave by 1:30. We ordered an Uber and got a ride into Merida. We were going to the zoo!

The zoo is surrounded by a large park in the middle of the city. Entrance to the park was free. We saw lots of kids and old folks sitting in the shade, enjoying the day. The ‘animals’ part is near the back. You could smell it as we got closer. The number of animals in the zoo is actually quite impressive! Lots of exotic animals, all in small cages, one right next to the other. You don’t have to do a lot of walking to see the whole thing. It’s actually a bit depressing. The animals all seemed to look a bit sad, pacing their cages in the heat of the day, and the zoo visitors didn’t look too much more enthused! Dave had budgeted about an hour there — and I don’t think we over-stayed. 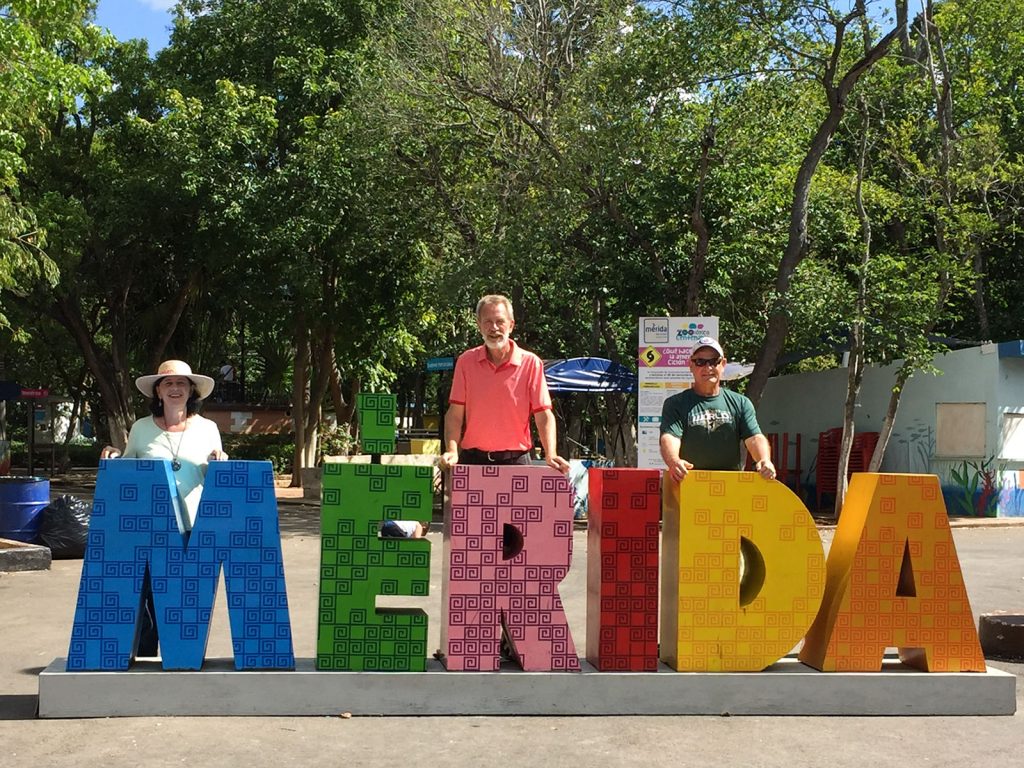 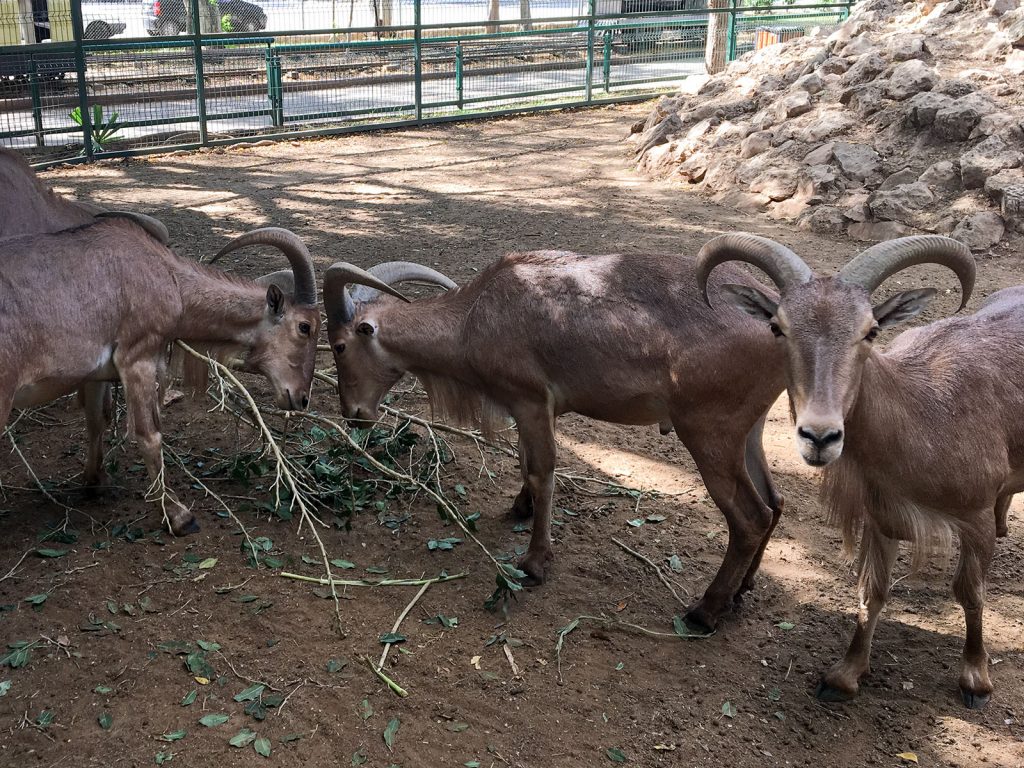 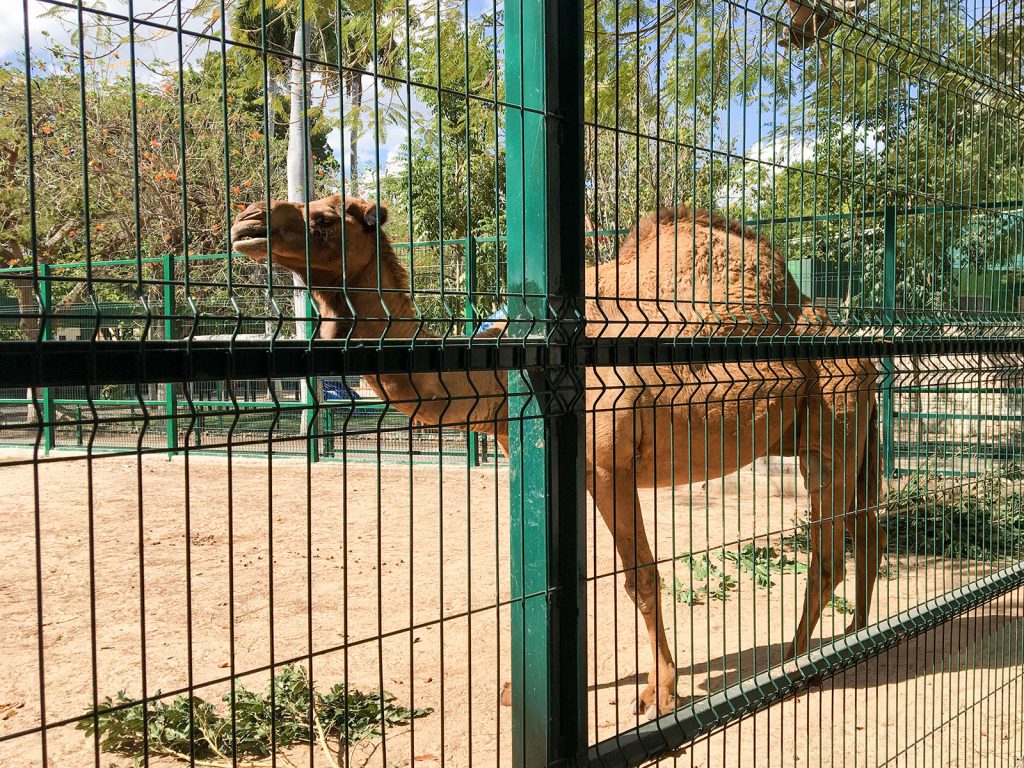 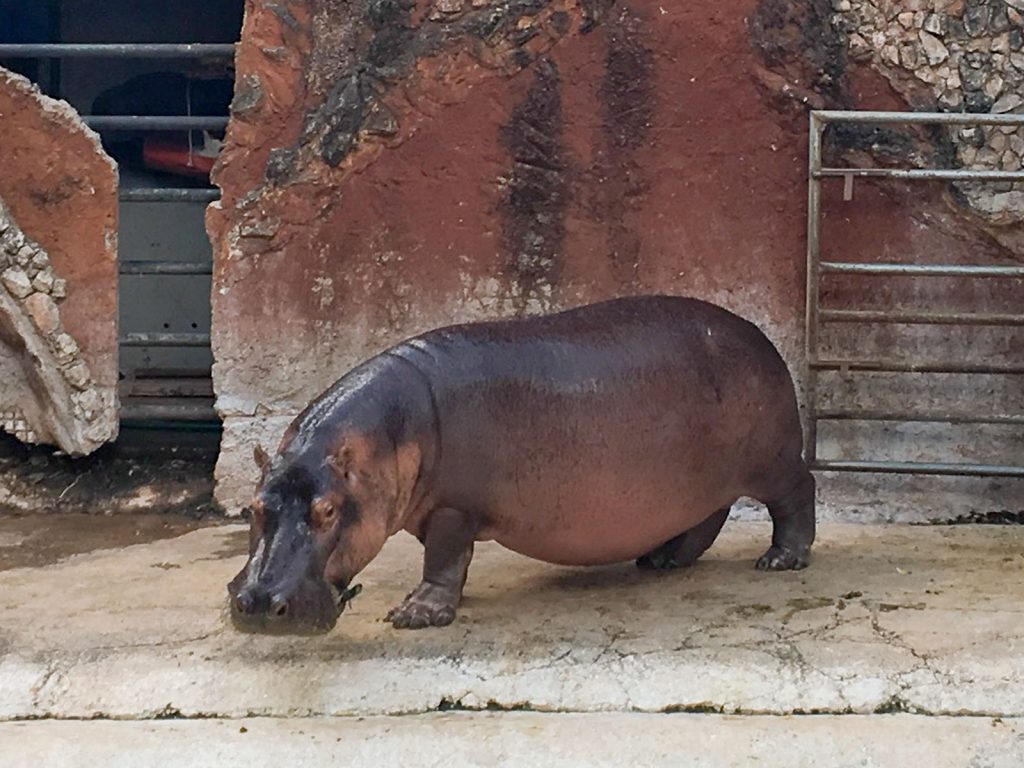 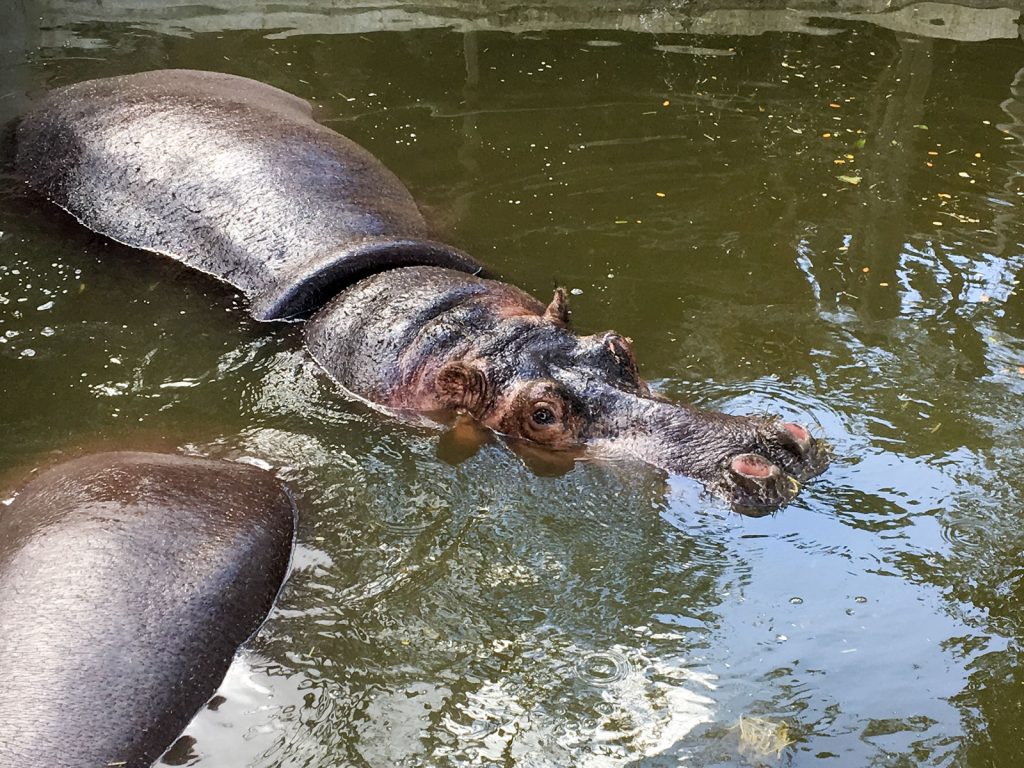 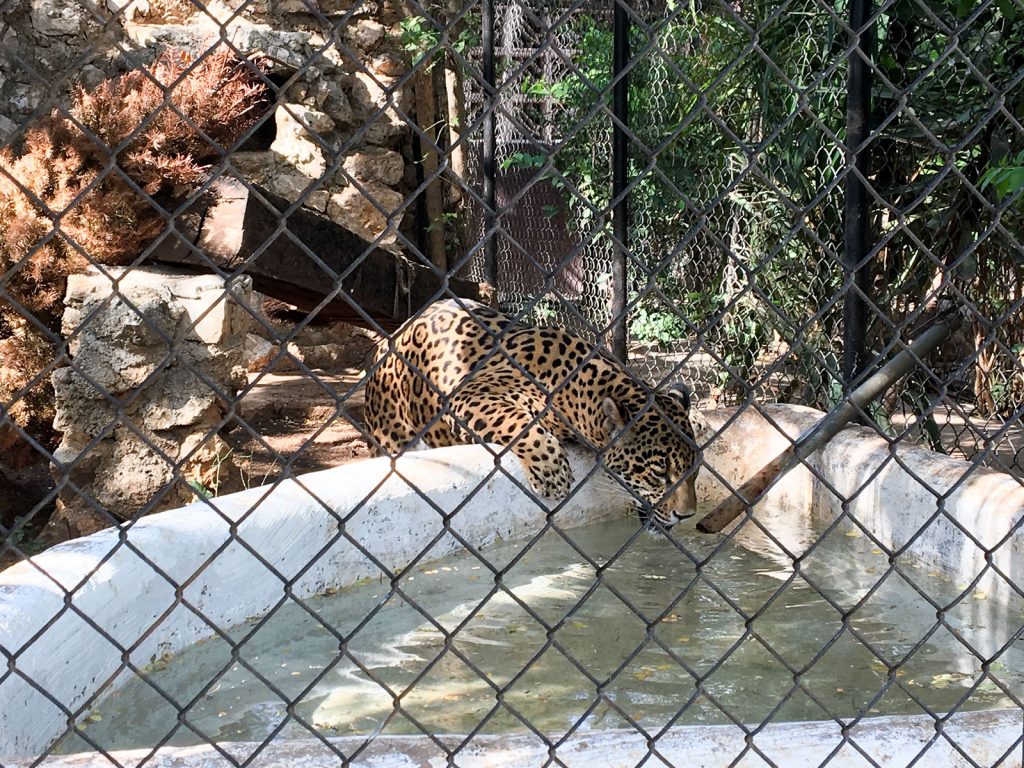 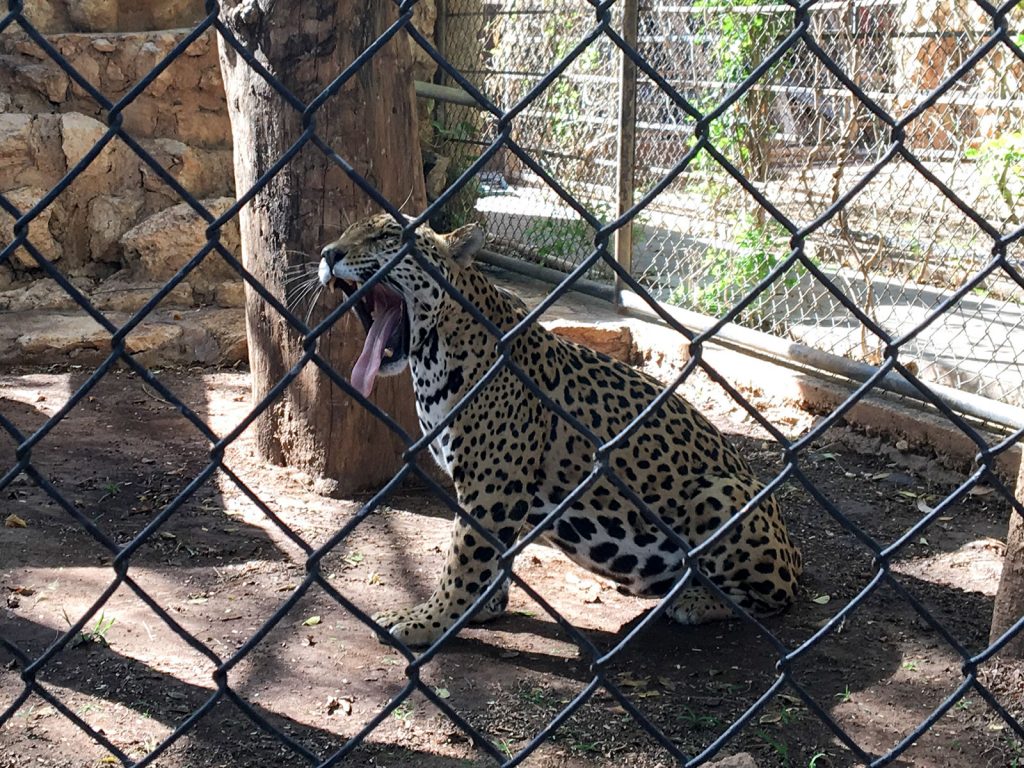 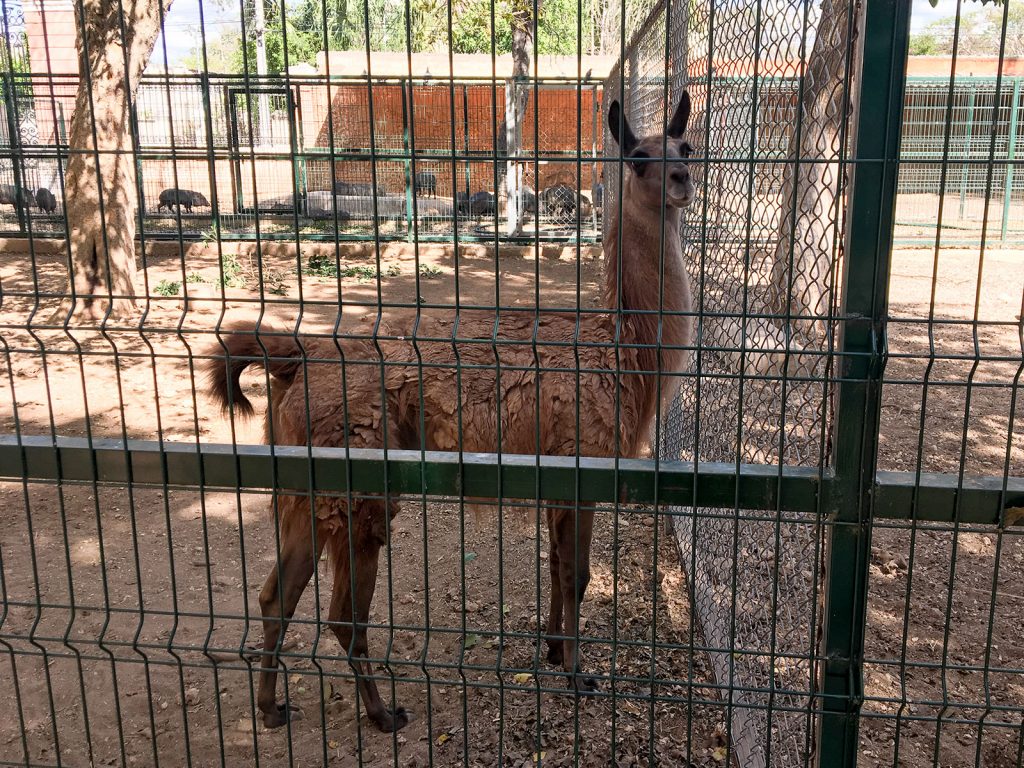 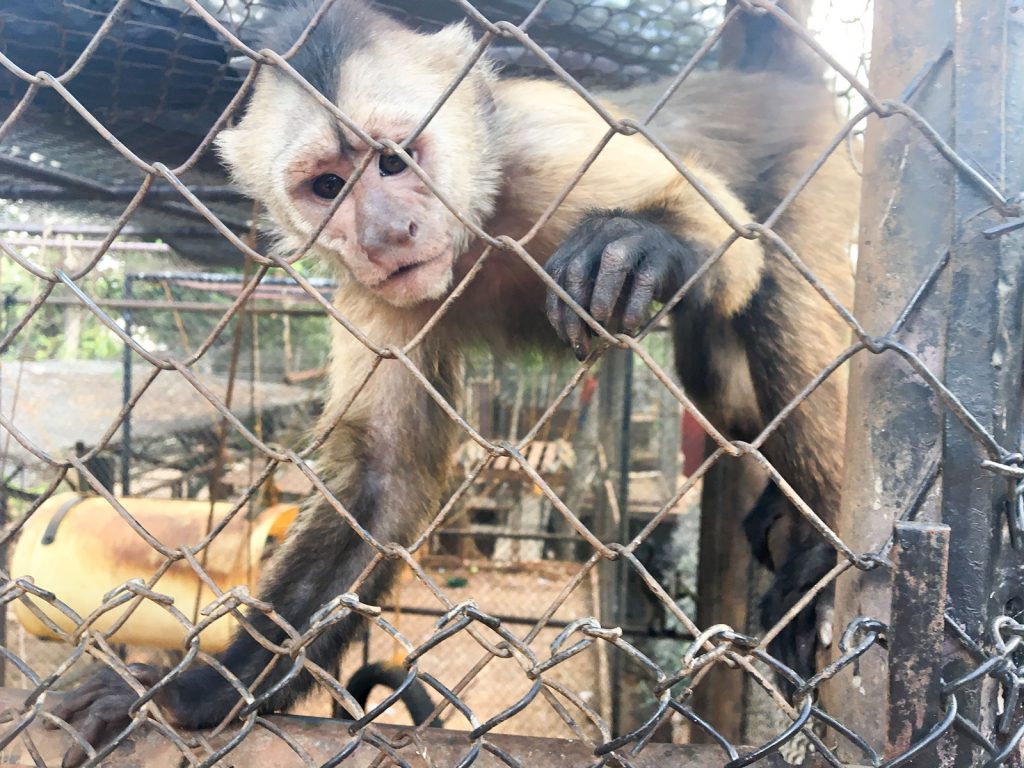 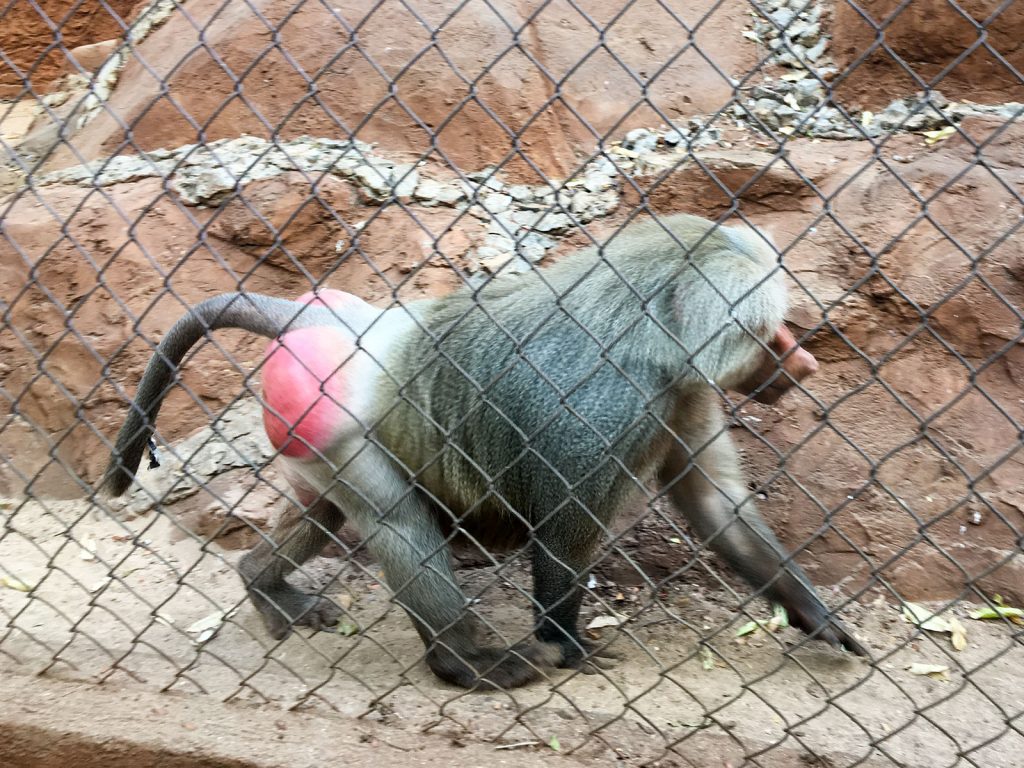 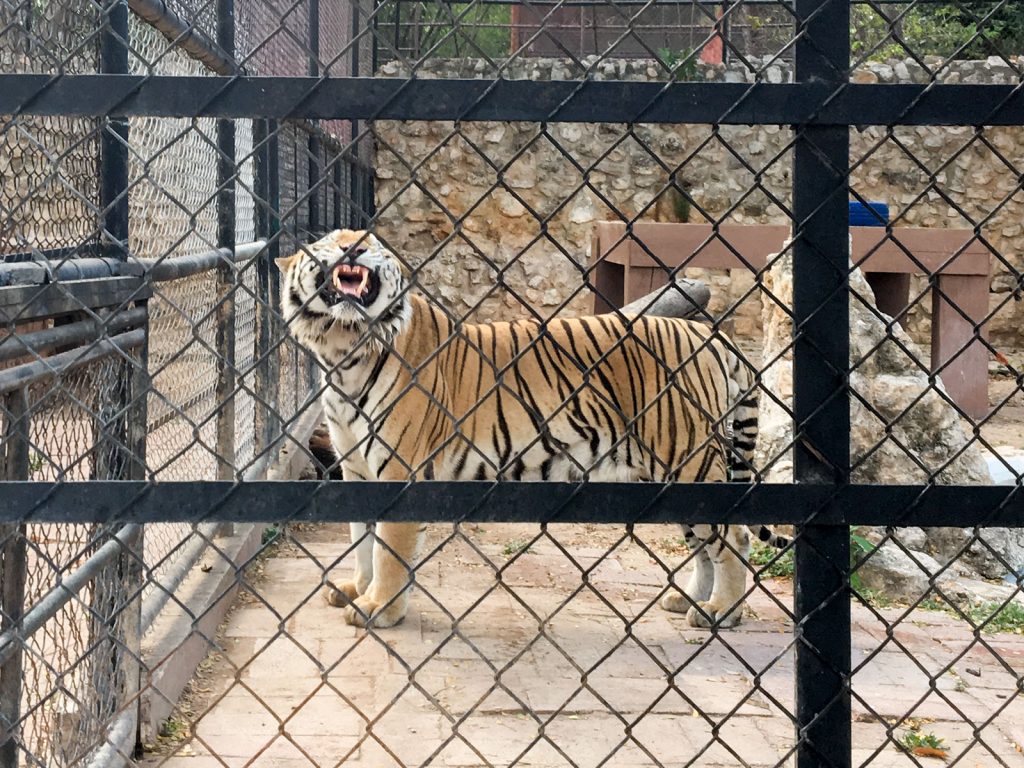 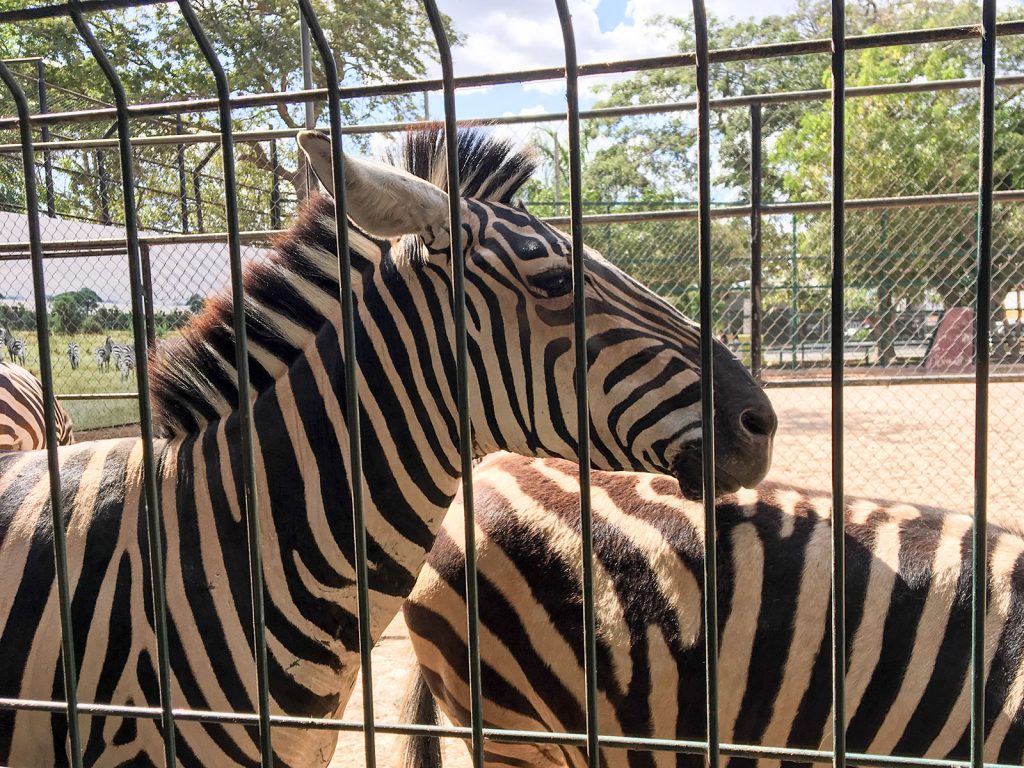 Well, that still left quite a bit of time before our 6 o’clock movie, which was playing in a large mall not too far from the zoo. What to do? We don’t really want to sit on a hard concrete picnic bench at the zoo all afternoon. We took an Uber to the mall. Surely we would find a nice pub or restaurant where we could relax for a few hours and visit over a cool drink.

When we got to the mall all we found as far as restaurants went was a big food court. MaryLou took a look outside to see if perhaps there were some better options across the street. No, it seems we are in a bit of an industrial park. There was a door next to the back entrance that led to a casino. I checked with the security guard and was told that yes, there was a small bar and restaurant upstairs. And that’s how the three of us found ourselves sitting at a small table next to the constant jingle jangle cacophony of banks and banks of VLTs. At least the drinks were cheap!

About an hour before movie time we headed downstairs to the food court. I was really interested in trying the “Los Trompos” Mexican food, but after a few samples from a Chinese food booth next to Los Trompos I changed my mind and opted for that. So that was supper. 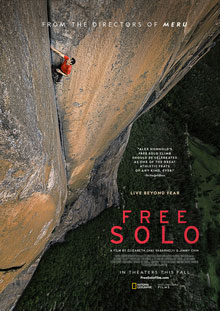 We went to buy our movie tickets. The movie was a National Geographic documentary called “Free Solo” (links to the National Geographic website). It won the academy award for best documentary. It’s about a guy who climbs the face of El Capitan, a cliff in Yosemite National Park in Northern California. Apparently it is one of the most challenging climbs in the world, and this documentary is about a guy who attempts to climb that cliff without safety ropes. One mistake and he will plummet to his death. Talk about “death-defying” feats! I’m not really all that keen on ‘defying’ death — I don’t even understand WHY someone would WANT to do that. But I must say, I found the movie exhilarating and my palms were sweaty for most of the hour and a half. The guy may well be crazy, but the movie is very well done and captures the extraordinary feat. I felt like I too was up there on the side of that cliff.

After the movie we stopped to buy some more Clamato juice at the Chedraui grocery store in the mall before climbing into our Uber for a long quiet ride home. Our driver seemed to have a tough time following Siri’s directions but eventually we arrived back at our little mini-superette. We walked to our apartment from there and didn’t sit around downstairs for very long before heading off to bed. I tried to watch a bit of The National on my TV upstairs, but the internet was slow — too slow to upload my collection of ‘zoo’ photos — so I turned everything off and went to sleep.