I had a slow morning again. The sun isn’t up until after 6 in the morning and it’s hard to get up when it’s dark (and cold). I made my coffee and sat down to read the news. When I’d finished my coffee I had a bowl of cereal and yogurt. I sat at my computer and tried to figure out my programming problem — I know I’ll eventually get this, but so far I’m striking out.

After lunch I went into town. I wanted to see if I could get a new power cable for my computer because my cable has a broken connection. I thought they might have something at the big Apple store on El Paseo. Today was not the best day to visit the shops — it’s Black Friday and the sidewalks were filled with shoppers. And not a parking spot to be found. I circled around and tried a couple of the parking lots. I finally got a the van parked and went to the store. Not a lot of help there — apparently my computer is much too old and the cable I need would have to be special ordered — for $79 US! Yikes. I might have to buy a roll of electrical tape.

I left downtown and drove to the little street behind the Target store. There were quite a few vehicles parked on the side of the street. I did the same. I switched from sandals to my running shoes. A pathway led past a big track where people were driving their remote-controlled cars over moguls. A sign at the side of the path indicated that this was the trailhead for the ‘Bump and Grind’ trail. I started up the trail.

The Bump and Grind trail is a 4-mile loop. I took the left path going up. The temperature was 21 degrees and the trail was on the east side of the mountain, so the entire walk was on the shaded side of the hill. Comfortable. Quite a few other hikers going either way. It took about half an hour to reach the top. There is a flat fenced-off area at the top, with a small plant in the middle of it, and signs indicating that you are at the top and asking to please respect the surroundings and stay only on the marked trail.

It took more than half an hour to come down on the second half of the loop — it is longer and quite a bit more gradual as it winds its way down. Along the way there is a great view of another gorgeous golf course — this one is the Porcupine Creek Golf Club. And once again, just to make a mockery of the hike, a guy on a bicycle passes me on his way up the trail! 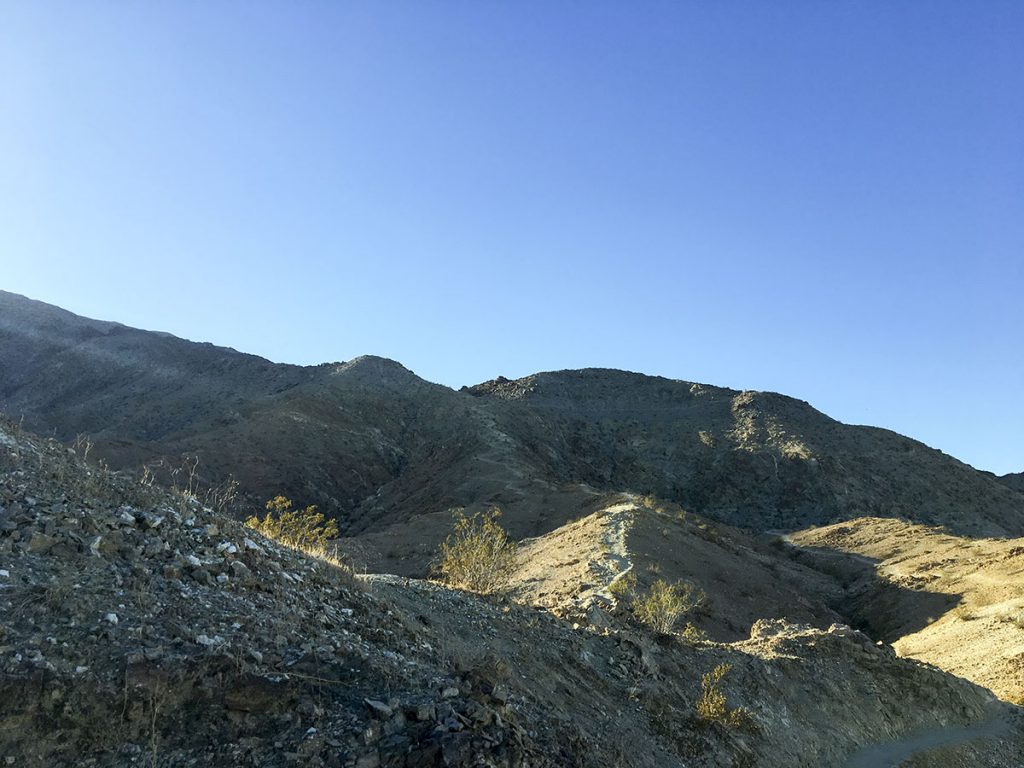 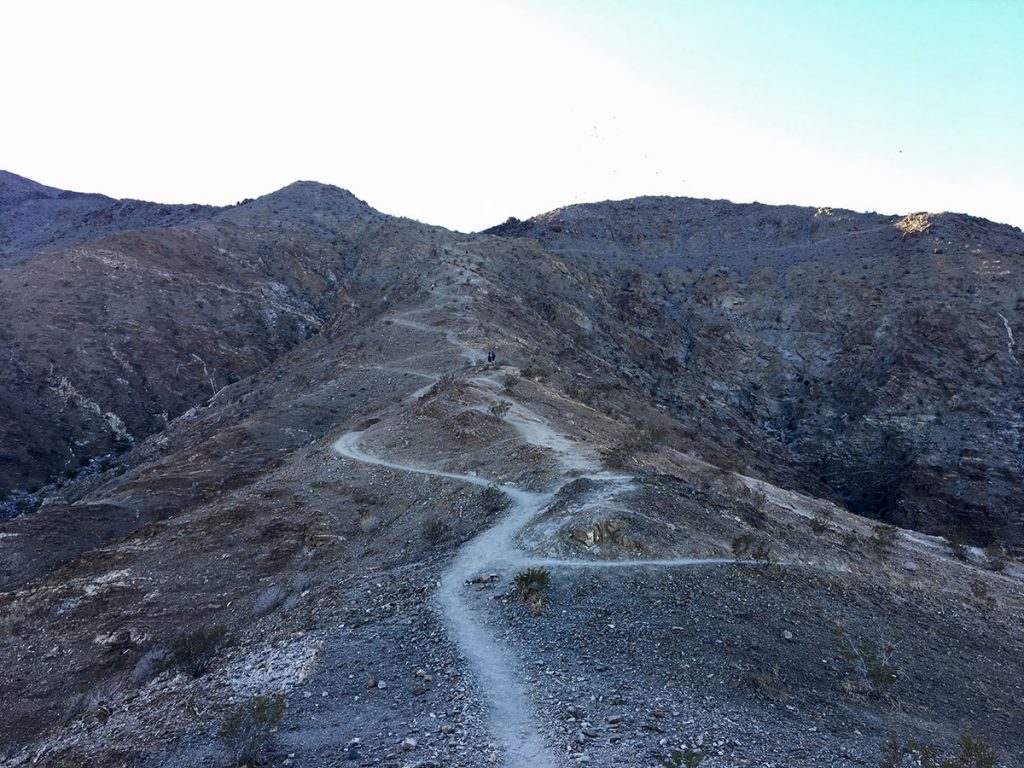 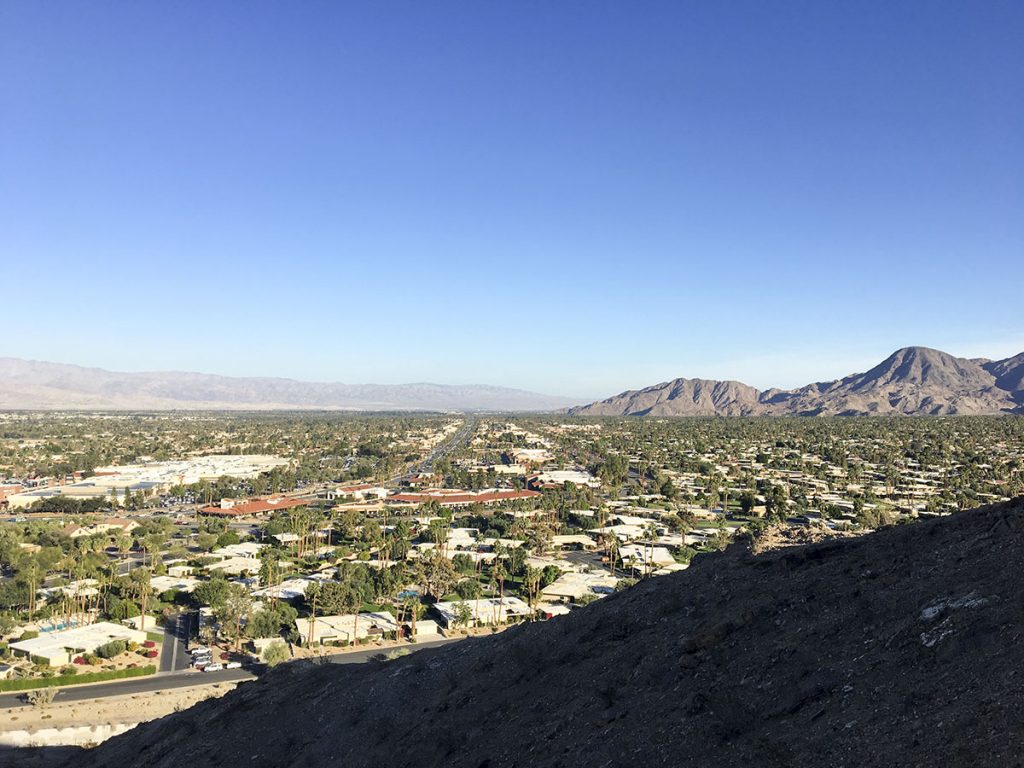 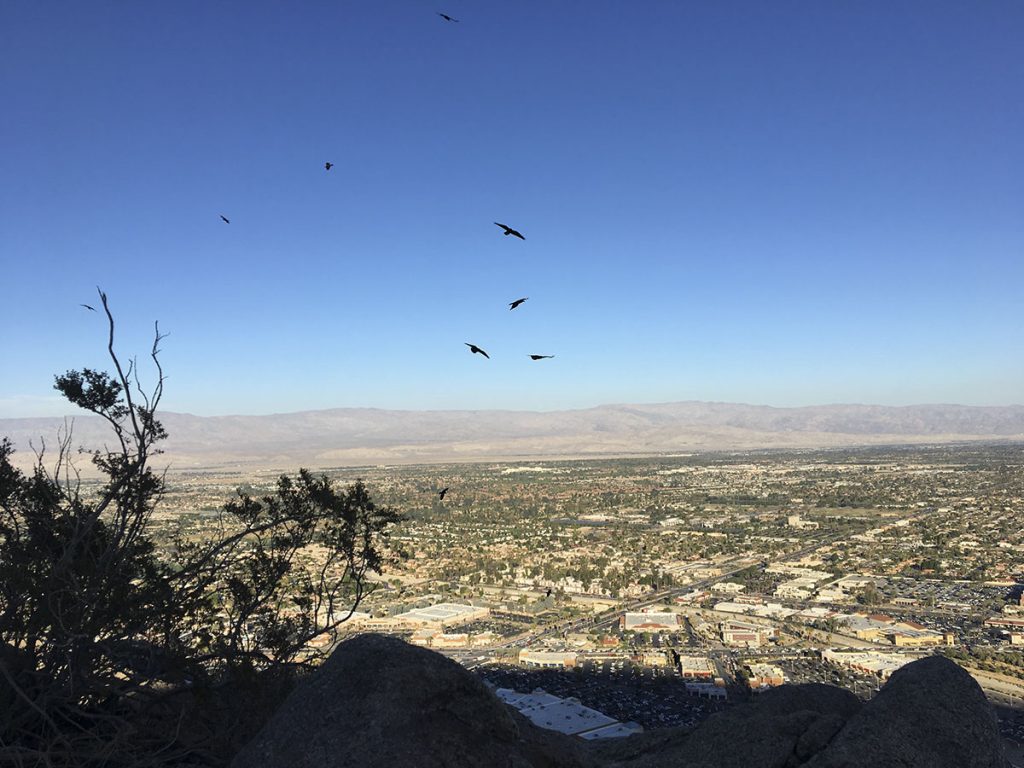 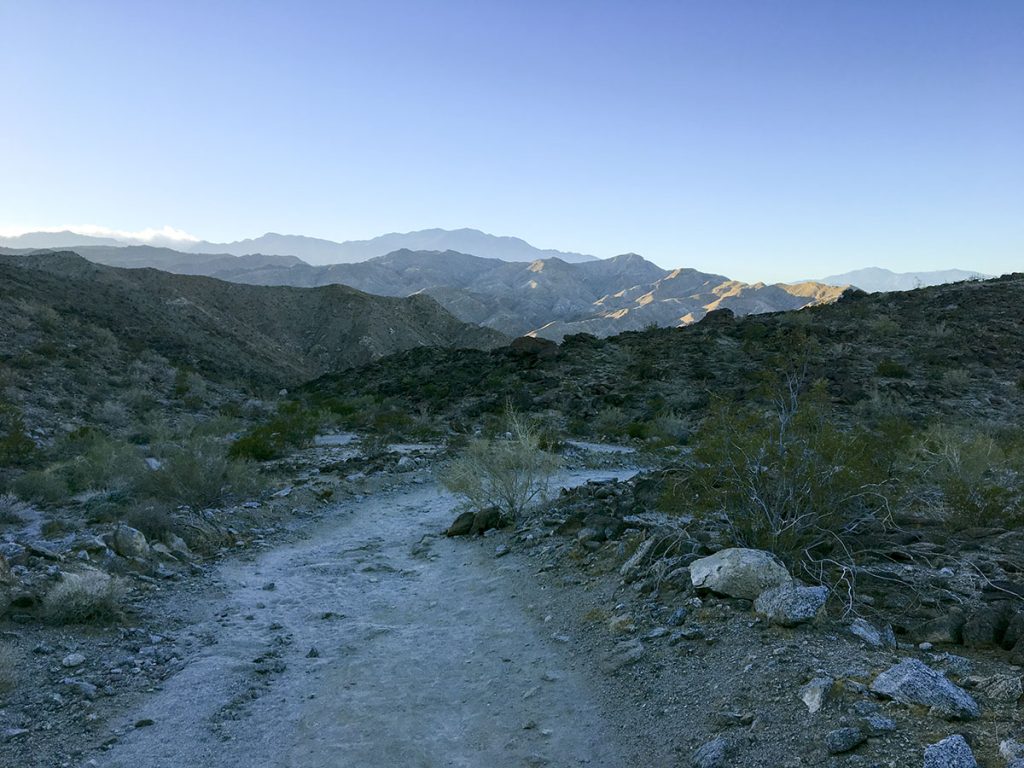 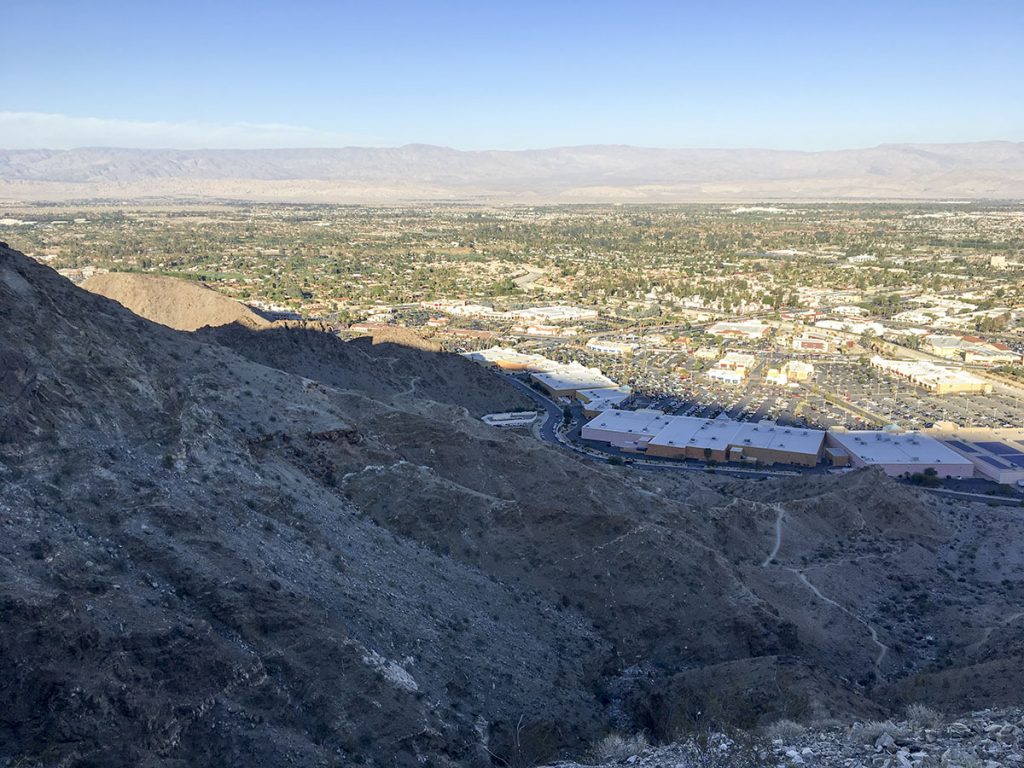 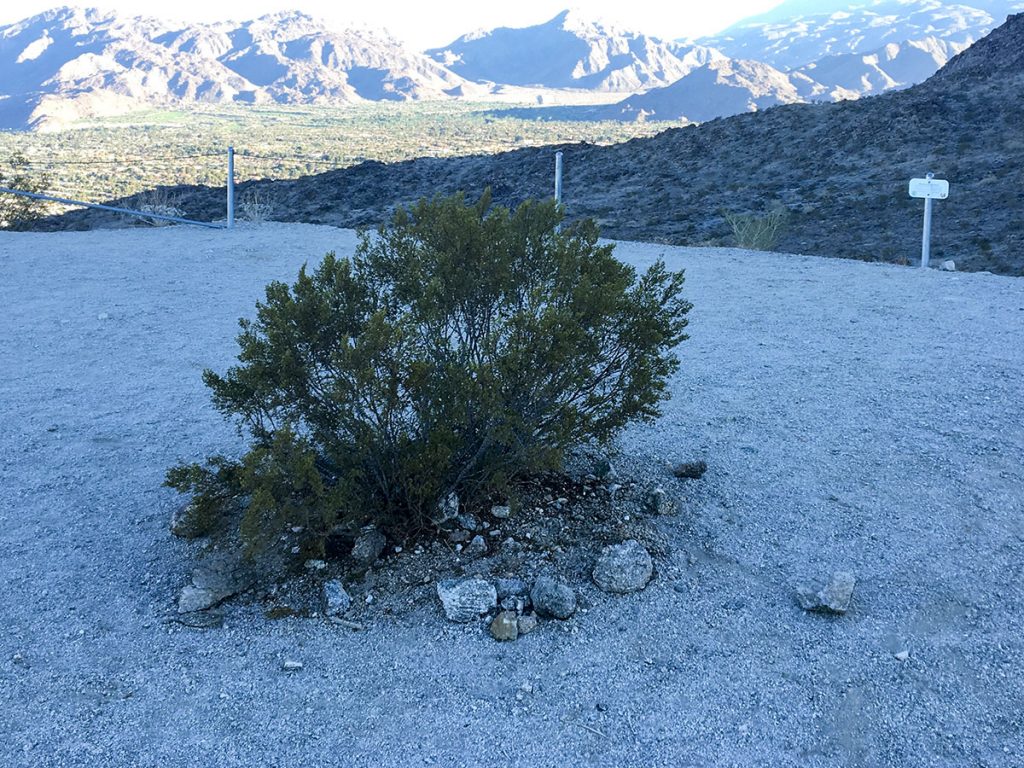 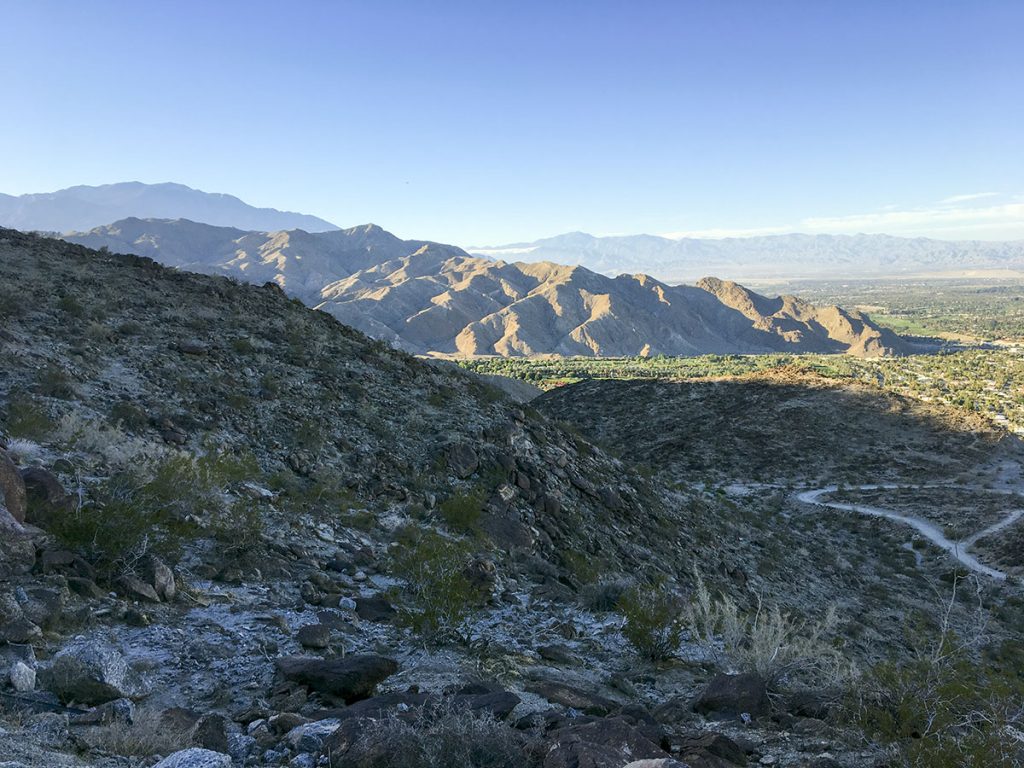 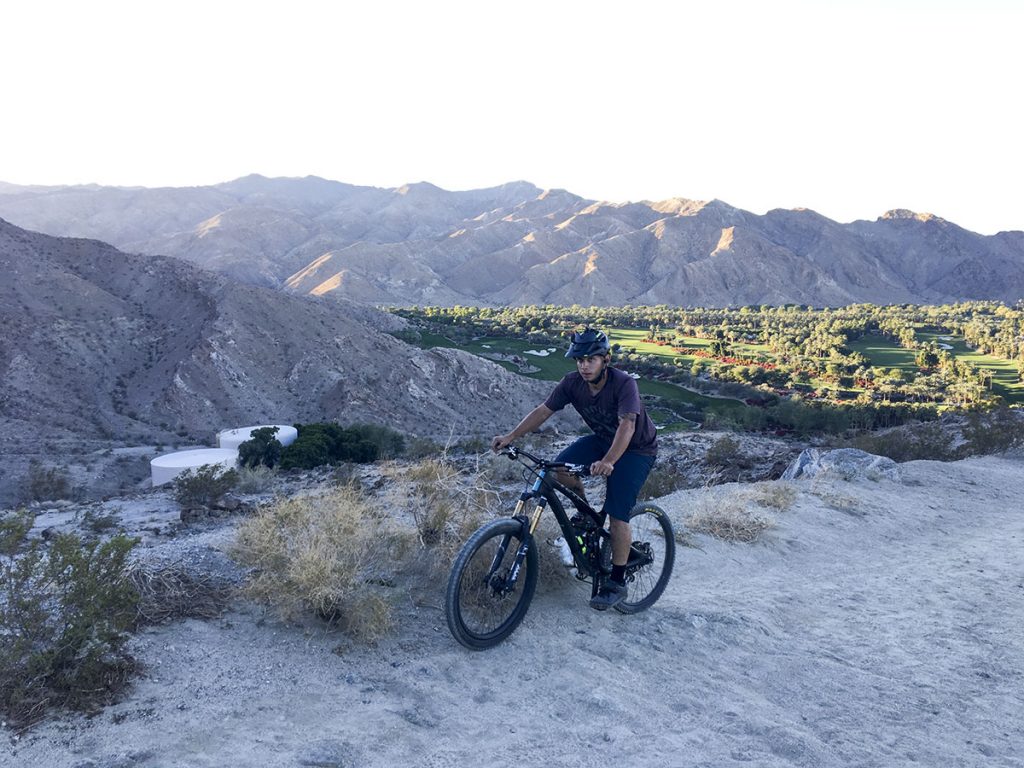 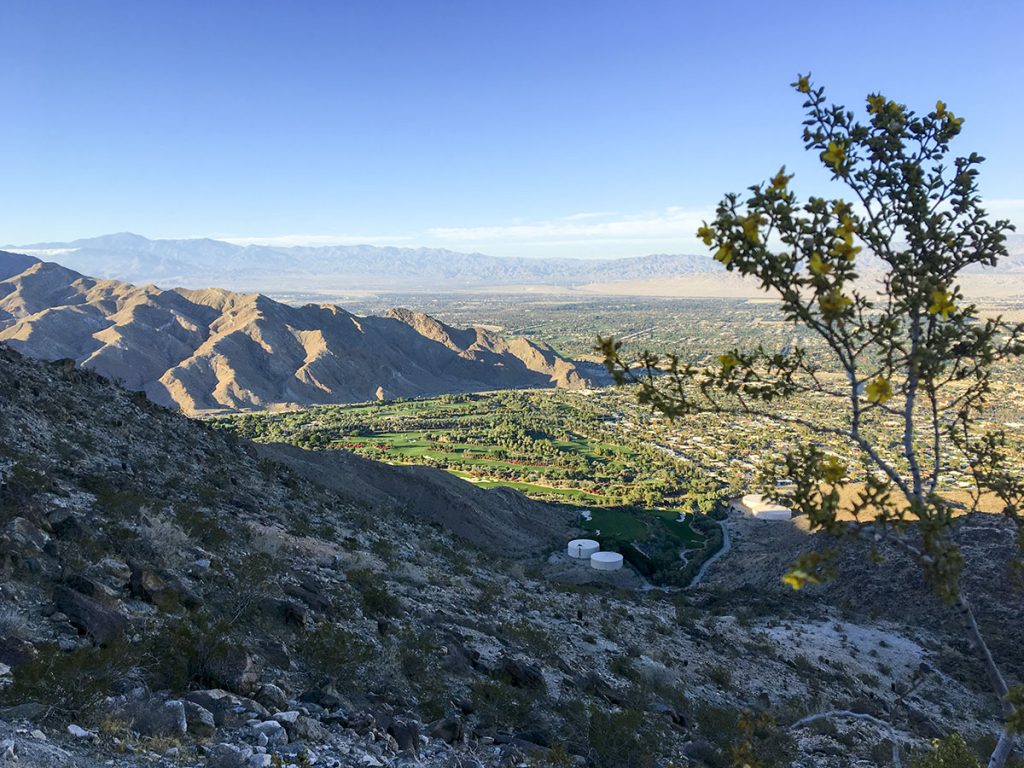 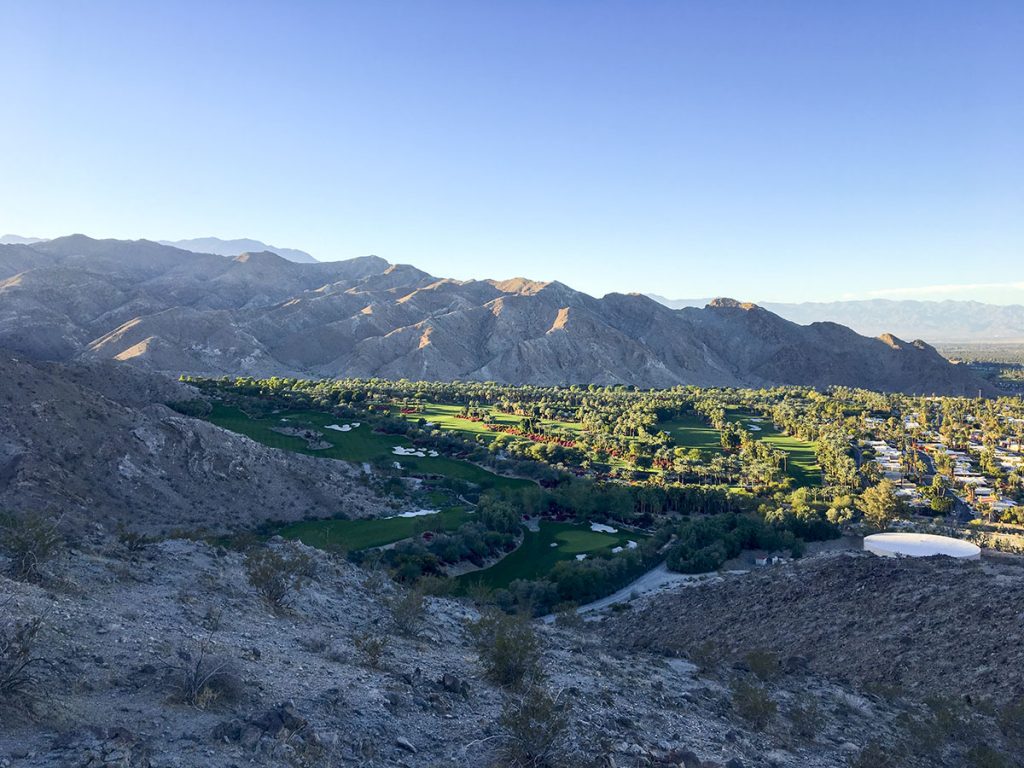 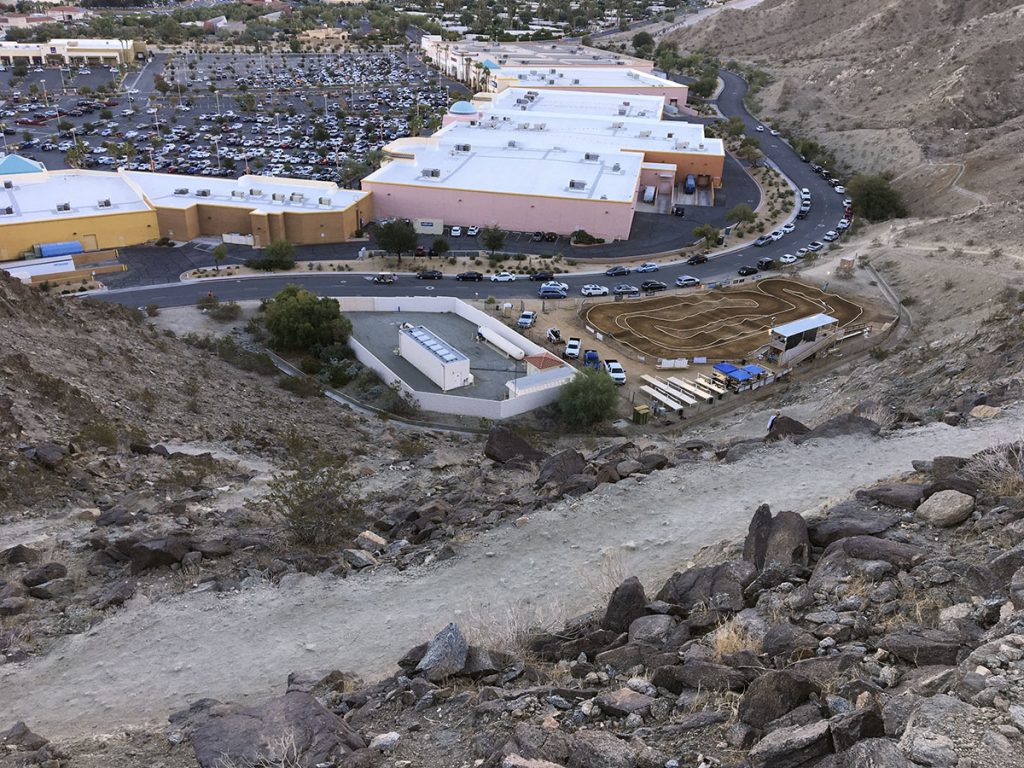 I got back to the van. Switched shoes again. I decided to check out the Target store to see if I could get a Black Friday deal on some Lego. I did. Across the street from Target was a grocery store where I picked up a few things.

Back at the house I barbecued a couple of hotdogs and fancied them up a bit with bacon and cheese. I sat down and watched the news on TV. I ended up staying up late to watch a two-part special about Aaron Hernandez, the NFL player who was charged with a couple of murders. I must have got my second wind because I had no trouble staying awake until one o’clock.