When I woke up and started down the stairs Alex and Max were already sitting in the living room. Early to bed, early to rise, I guess. And so begins day one of the Spring Break holiday. Everyone had slept well, although Max claimed to have been awake all night! I made coffee. Tim got up a bit later. Max changed into his shark shorts and tank top — that alone was almost as exciting for him as anything else on the menu for today — and he went for another bike ride around the neighbourhood.

Bacon and eggs and toast and another fresh cup of coffee. Too many cooks in the kitchen. Well, that’s better than none. After breakfast Alex and Max went to the pool. Tim and I sat around a bit and then walked over to check it out as well. No one else there! It’s the busiest time of the year and we’ve got the pool to ourselves! Max was making the most of it. He had his goggles on and was dog-paddling around, going a little farther every time he jumped in. I’m ordinarily not a ‘pool guy’ but with an enthusiastic little shark inviting me to join him how could I not! 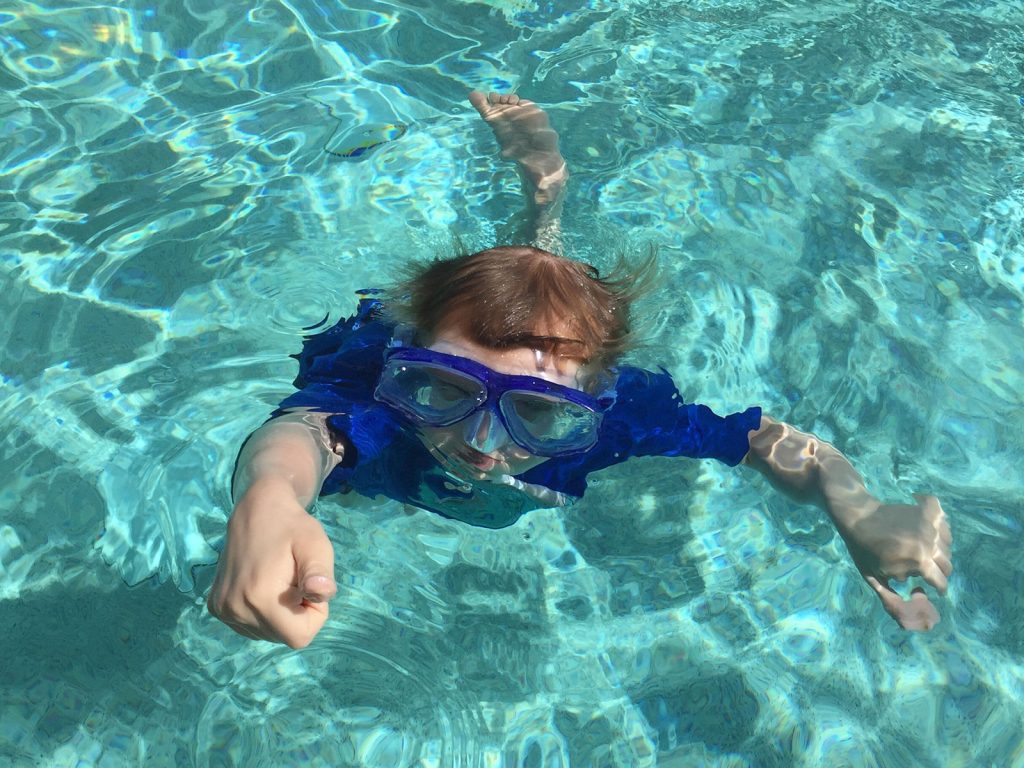 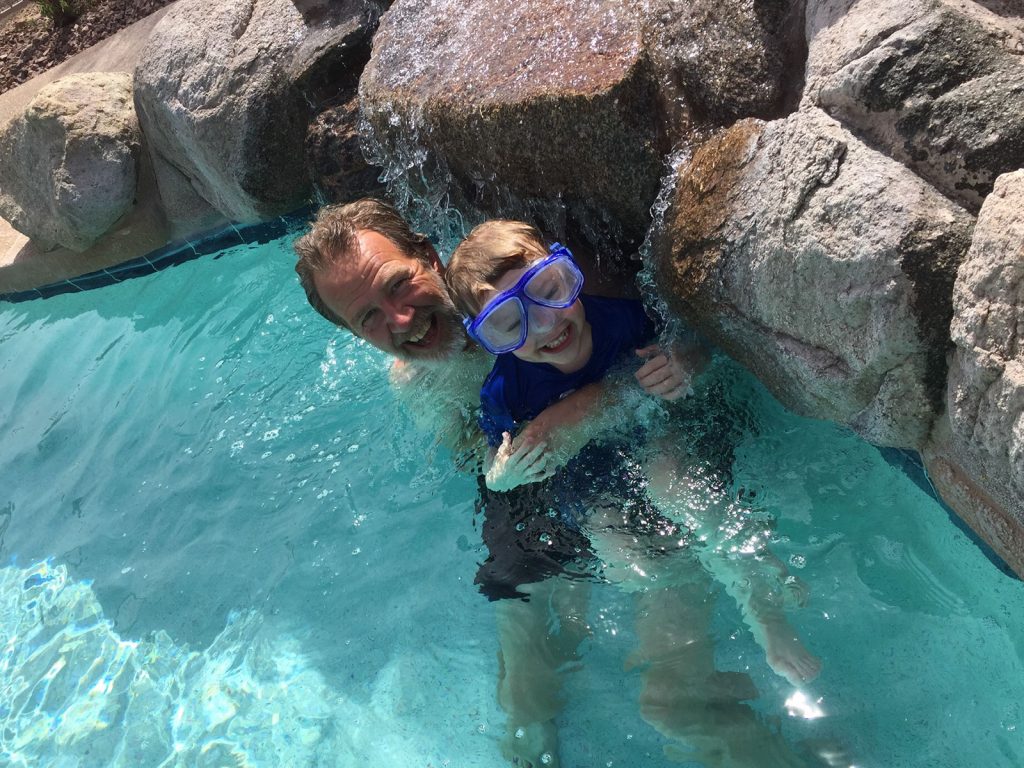 By the time we got back to the house and had showered and changed it was time for lunch. Steak sandwiches by Tim and Alex. A table full of assorted chips, too. And after reading a few stories it was time to get ready for our 2:30 tee time at Mountain Brook.

I put Max’s new set of golf clubs on my cart and we drove out to the first tee. Max took his little driver and had a few swipes at a teed-up ball. No windows on the houses that lined the first fairway were in danger. For the next three-and-a-half hours we enjoyed a round of ‘family golf’ — no one behind us so no pressure. Max would take a putter and ball on some of the greens and try ‘sweeping’ the ball into the hole, but mostly he just cheered us all on with his endless enthusiasm. Good shot, Opa. 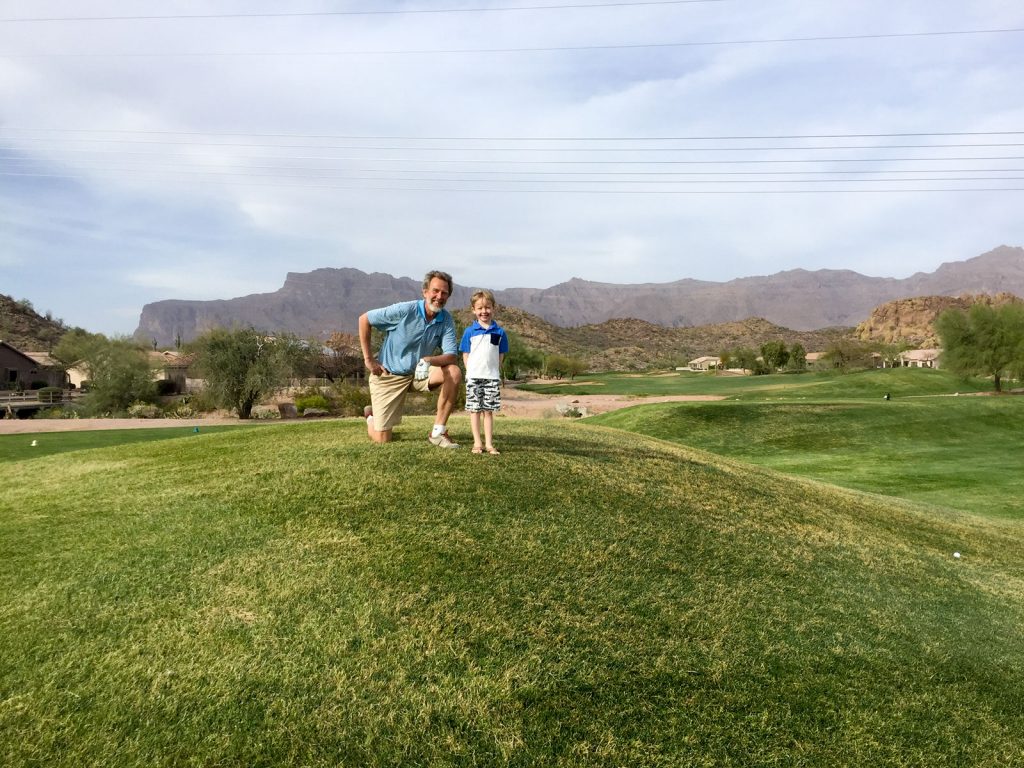 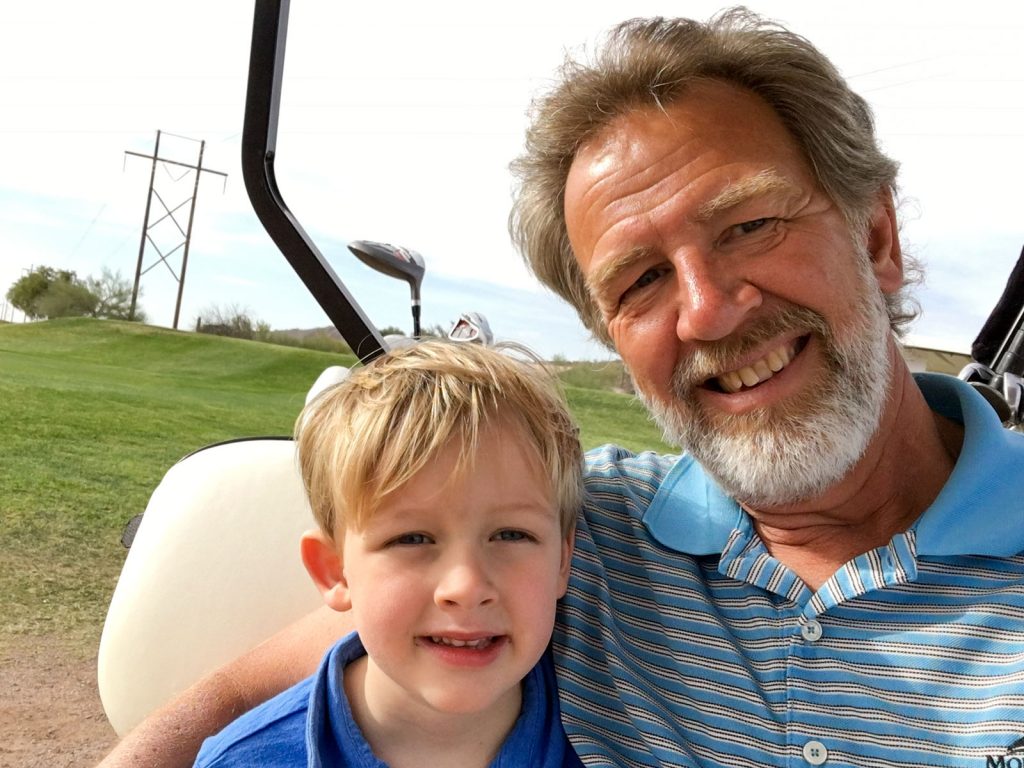 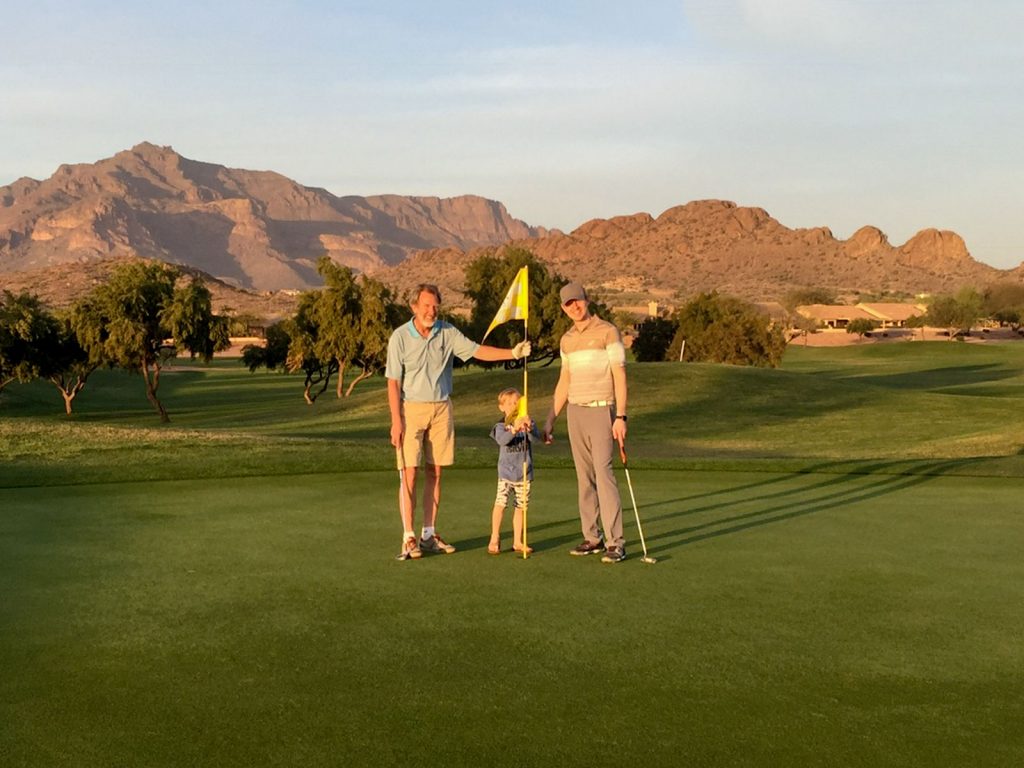 After some great shots, lots of laughs, and another beautiful Arizona sunset reflecting on Superstition Mountain, we headed to Wahoo’s, the local pub, for supper. We’d missed ‘pizza night’ yesterday, so that’s what we ordered tonight. Wahoo’s seems to be crazy busy all the time, so we were lucky to get a table near the ‘band’. The pizza was pretty good, but the music is what Max liked most. Not just the middle-aged couple who were singing along with a recorded music track, but the three or four couples who took every opportunity to go up and dance. Max sat and watched intently, snapping his fingers to the music and telling us he couldn’t help it but he really felt like going up and dancing too. I got the feeling it wouldn’t have taken a lot of arm-twisting for him to do it, too. 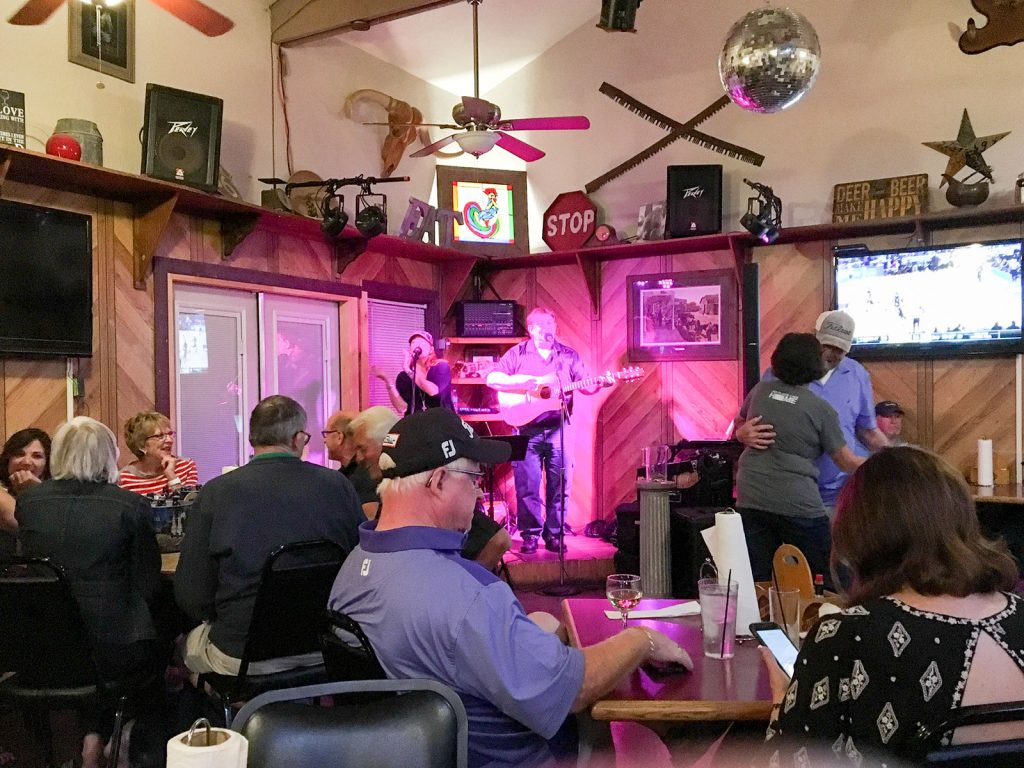 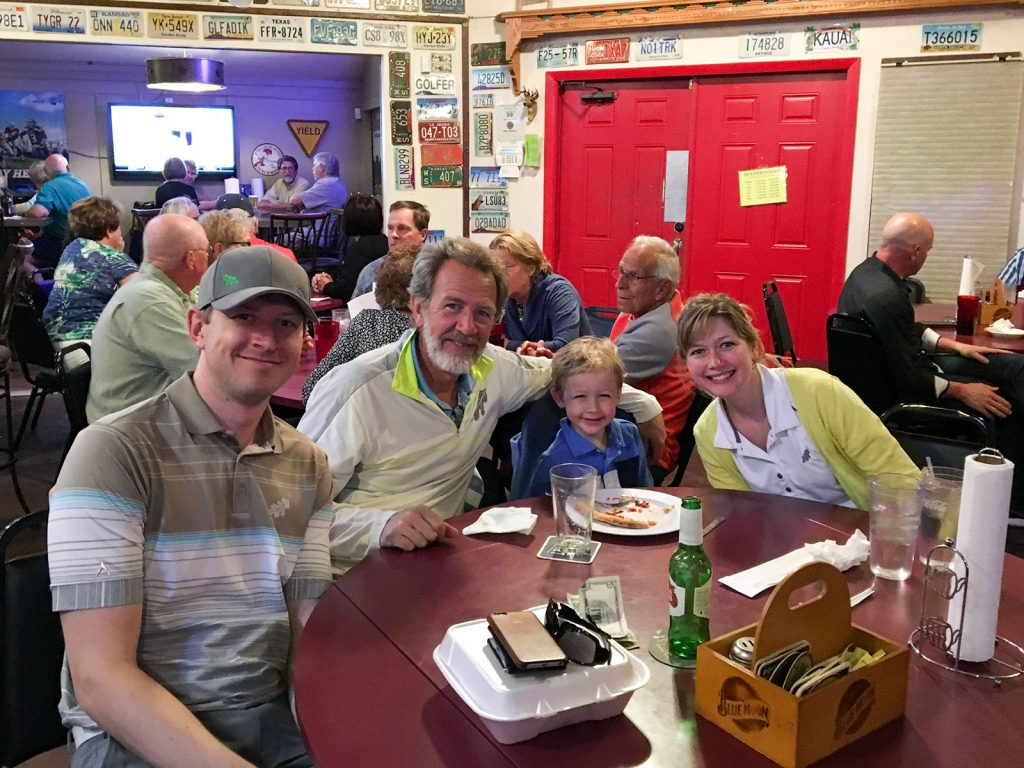 Back home after a very busy day, Max watched one of his (Netflix) shows as he ate his cherry ice cream for a night snack. I read him a bedtime story and by the time I got to the end so had he! The adults held on for a bit longer, but not much. We were checking the time regularly, just waiting for 10 o’clock so we could feel okay about going to bed, too.