Today is Friday. Tim and Alex booked off an extra day of ‘holidays’ so they could drive down to Fargo this morning and catch an Allegiant flight to Mesa. They are scheduled to arrive here at 2:40 pm. I spent the morning cleaning up and getting ready. Well, actually I worked on a crossword puzzle for an hour or two. I made a grocery list but decided that we would stop on the way home from the airport so the kids could have some say in what we should pick up. I wasn’t sure if we’d go out for supper on our first day or if they would prefer staying at the house for the first evening (which would mean they’d have to cook!).

At about 2 o’clock I took my golf clubs out of the van and headed for the airport. The Mesa airport is about half an hour from my place. Actually it’s nearly 10 minutes just to get out of Gold Canyon and onto the highway. 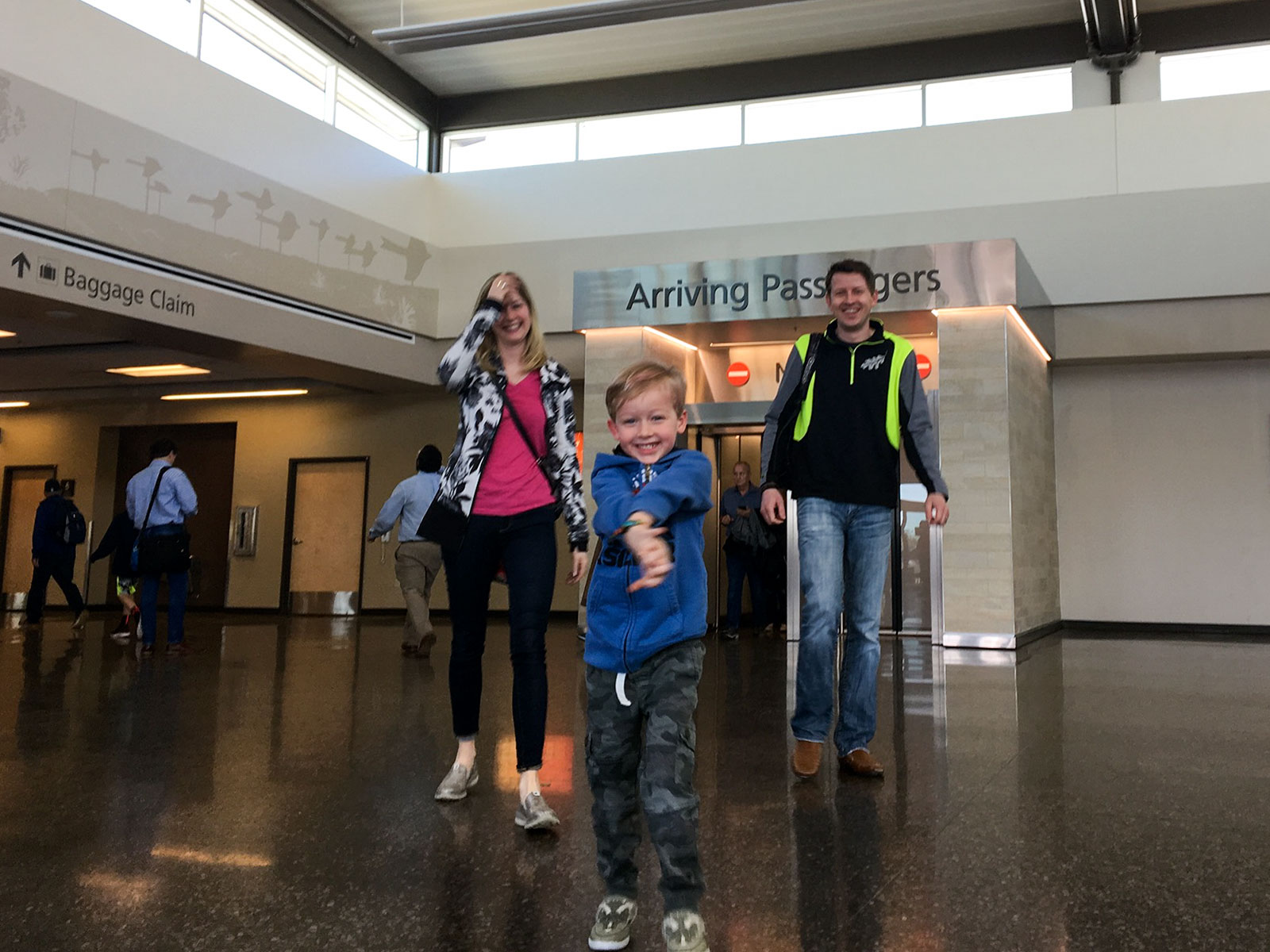 I parked the car and went into the arrivals entrance. In a few minutes the doors opened and passengers began to come through the gate. Tim and Alex’s seats were in row 4, so they were one of the first ones off the plane. The minute Max saw me he got a big smile and began to run. I had my phone camera ready, and that stopped him in his tracks. Pose. Snap. Run. Hug. We’re in Phoenix!

While the kids waited for their luggage Max and I headed outside to feel the warm sunshine and get a couple of close-up looks at some of the cacti in the planters in front of the terminal. And then we loaded up the van and headed for Gold Canyon.

We stopped at Bashas and filled up a grocery cart. Max was getting impatient. He just wanted to get to the house and get into his shorts and sandals and explore.

The first impressions upon entering the house were great! I was happy that Tim and Alex were happy, and Max declared it ‘awesome’ after a quick tour. Max got the downstairs bedroom so he unpacked his bag and put his things into the multi-colored dresser. We opened up the big sofa-bed and found sheets and a blanket for that. Then we sat down and had G&Ts and ‘unwound’. Max was VERY wound up! He’d apparently been so good and patient during the 3.5 hour car ride to Fargo, and then the plane ride, and then the drive here and the grocery shop stop — but now he was a bundle of energy and he needed to get some release. Time for a bike ride. He gave his little green bike a hug — hadn’t ridden since last fall — and got his helmet on. Alex walked with us as we took a spin around the ‘neighbourhood’. A few gentle ups-and-downs on the roads here — better remember to step on the pedals for the ups and put the brakes on for the downs. It didn’t take long for Max to get the hang of it. We checked out the pool area and the community centre. We said hello to some of the neighbours who were polishing up their fancy cars and motorcycles on their driveways. 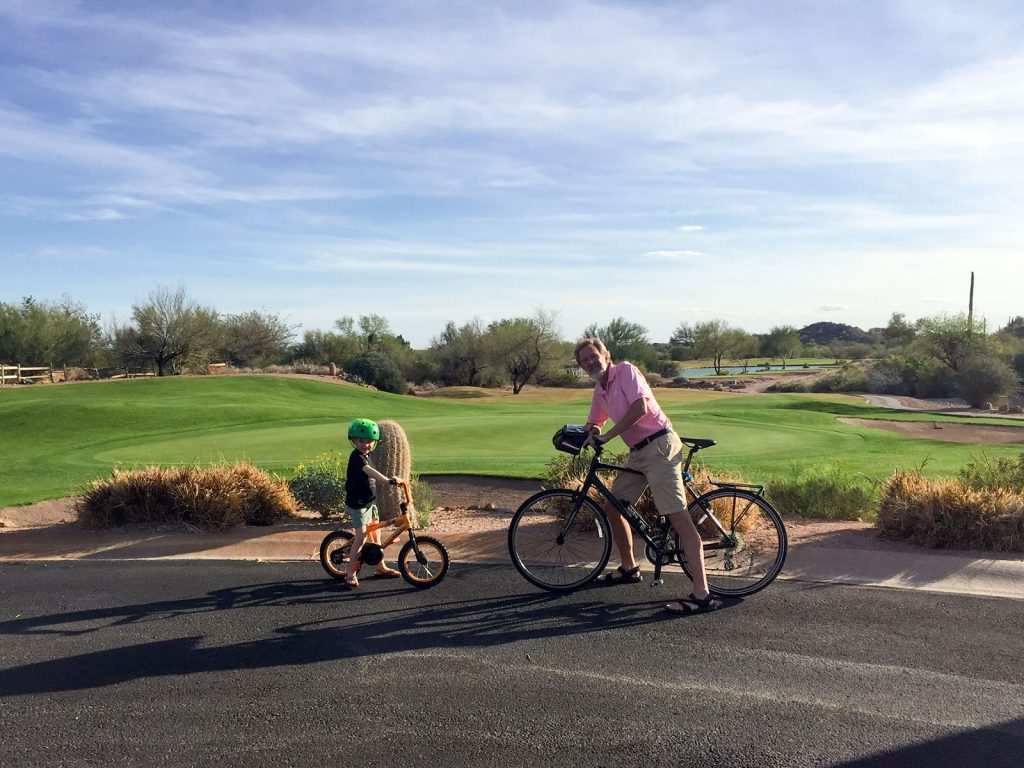 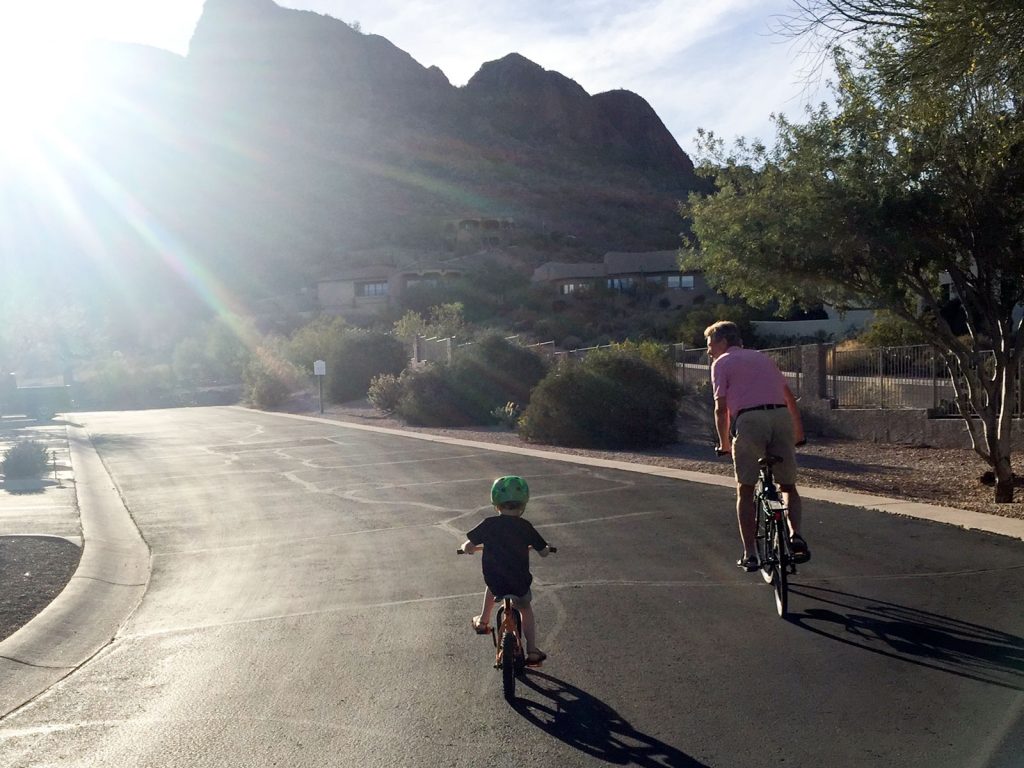 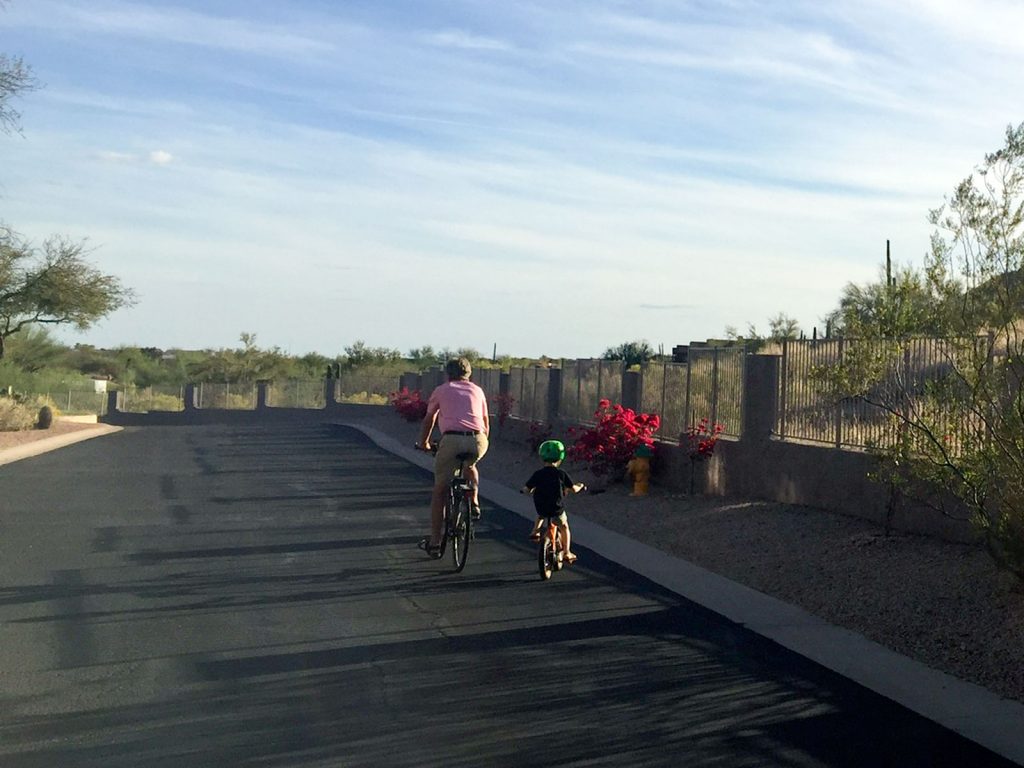 We parked the bikes in the garage and then went for short walk. It was sundown and the sprinklers were starting up on the golf course. No more golfers. Safe for Alex, Max, and me to walk across the course behind the 5th green and go check out the little playground not far down the road. Lots of bunnies and birdies to distract a young curious Canadian along the way (and Max enjoyed it, too!). 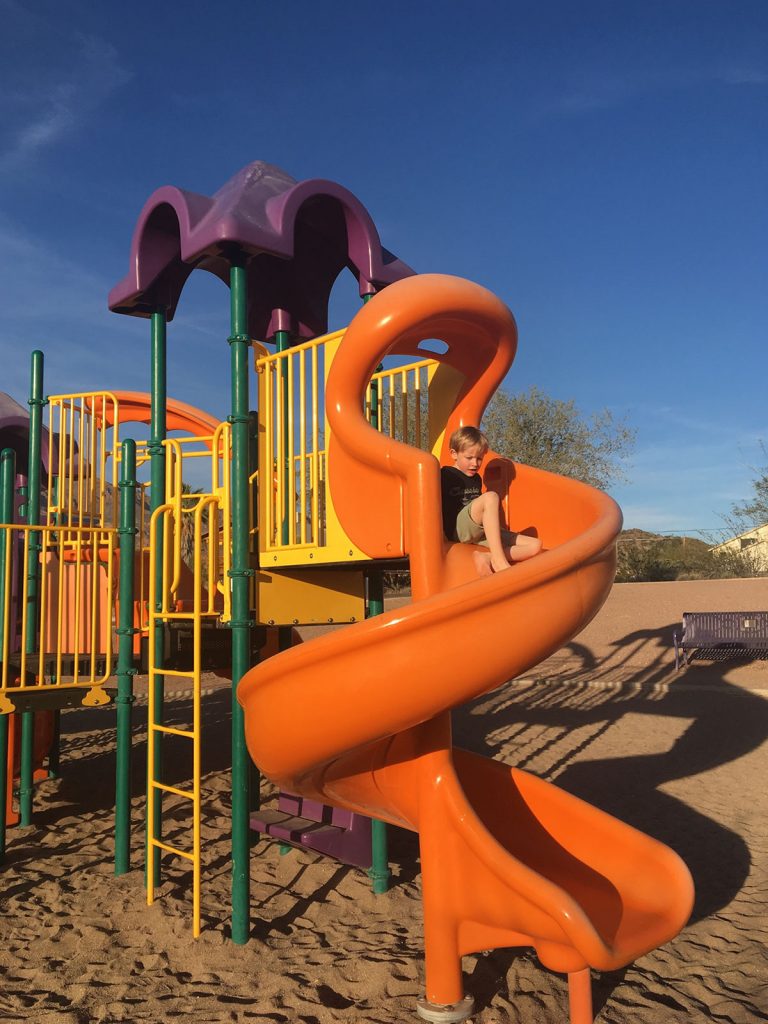 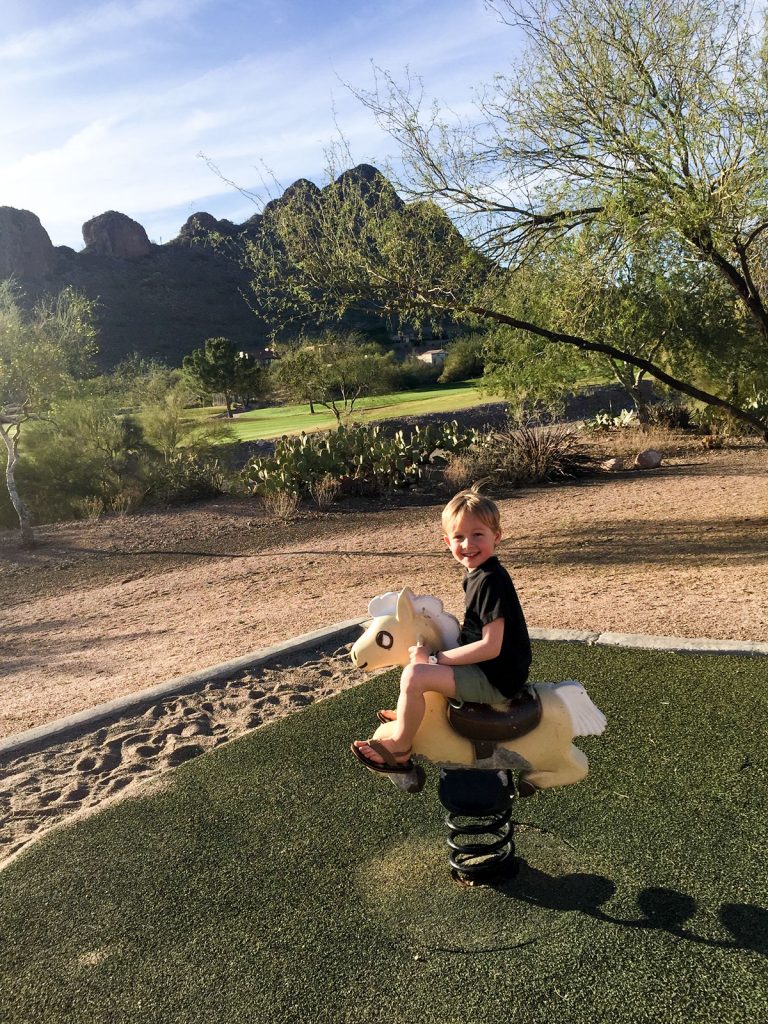 A bit of exercise and it was time for dinner. Tonight’s meal would be rib-eye steaks barbecued by Tim and ‘rice-a-roni’ and a salad made by Alex. Delicious. This is going to be a GREAT week!

By ten o’clock it was midnight in Manitoba and we’d had a long and exciting day. Time to hit the hay. Tomorrow is another day. Tomorrow is Saturday. Bacon and eggs. Fresh coffee. Can’t wait!