I woke up after 7:30. Yikes! I’d better hurry or I’ll be late for the 9:15 tee time at Mountain Brook. Ken Loewen and I are golfing this morning. I quickly showered and had a little breakfast before driving my van out of the maze that surrounds my subdivision. I was happy to see Ken’s CRV with Manitoba plates at the golf course parking lot — I hadn’t heard from him and wasn’t a hundred percent sure he’d received the booking email. 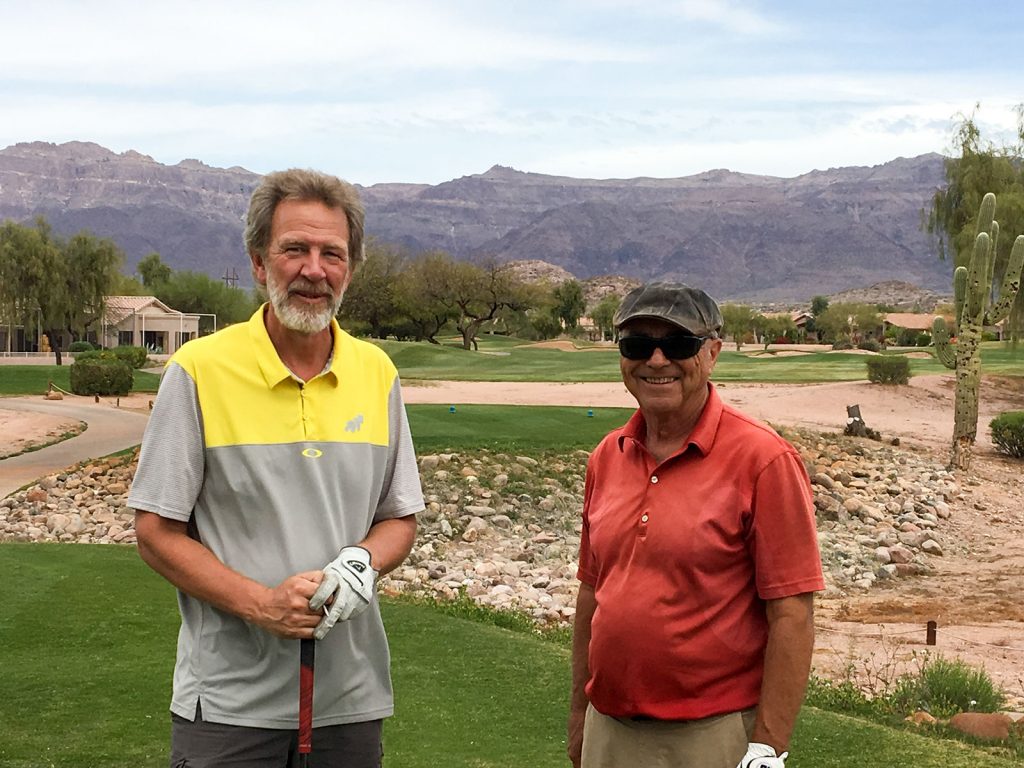 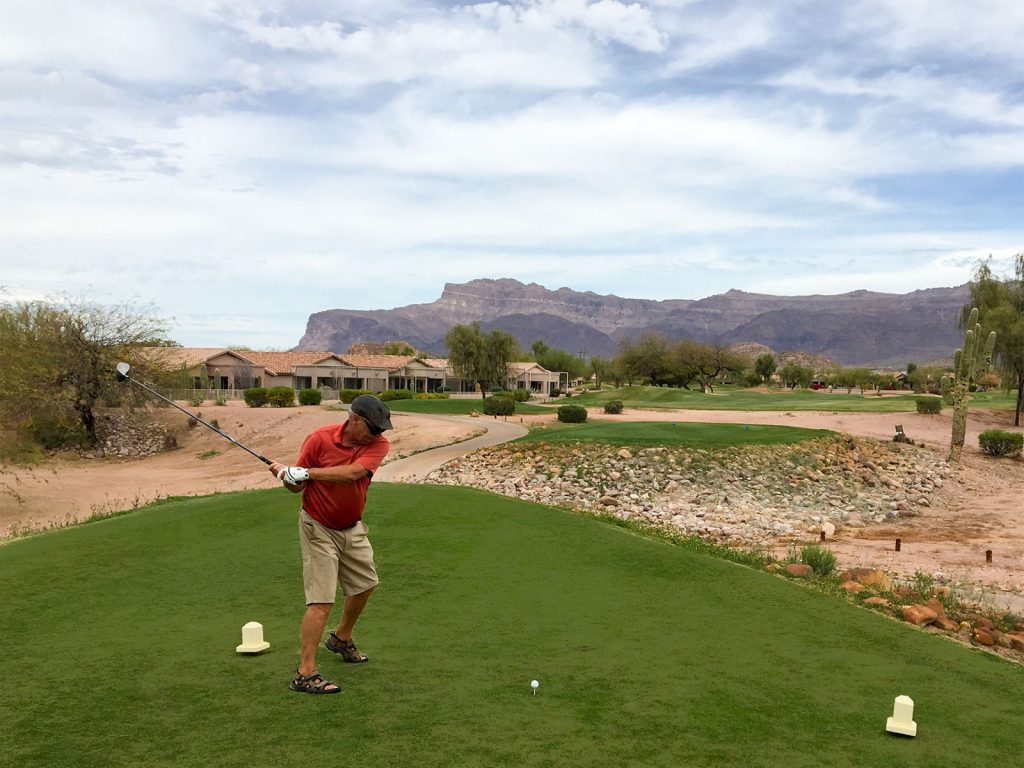 We were paired up with two Americans, one who lived in the area, the other from Iowa. Mountain Brook switched the front and back nine around earlier this season. So although this course really feels like my ‘home’ course — it is, after all, where Sue and I first took up golf when we were at Jill’s house for the first time in early 2011 — today the entire first nine holes felt like we were near the end of our game. Bonus! Nine more holes to go! The greens here were VERY sluggish compared to the greens we’d played a couple of days ago at Sidewinder. It took a few holes to adjust. In the end we both played quite a few strokes better than last game, and we had fun.

It was around 1:30 when we got back to my house for lunch. Sandwiches and Sam Adams. Ken left at around 3:30 — time to go back to his RV park to pack up his motorhome and prepare for tomorrow morning’s departure, heading for home.

I got on the road bike and went for a ride. I stopped in at both golf courses and enquired about a ‘deal’ for golf for the next month. The green fees are expensive, although there are cheaper options outside of Gold Canyon. But after talking to the folks at both pro shops, I think I’ll be happy golfing here — especially after the end of next week (Easter, end of March) when many snowbirds will have left for home and the courses will be less busy. I don’t need ‘prime time’ tee times — and am happy to golf ‘twilight rates’ which start at around 2pm.

When I got home I showered and sat around for a bit. I drove down to Basha’s to scout out supper options. I didn’t really want fast food and I thought maybe I should try ‘cooking’ something. Hmm… Maybe not tonight. I came home with a couple of ‘Lean Cuisine’ packages (we used to call these ‘TV dinners’). I can follow basic directions and know how to set the timer on the microwave. ‘Cuisine’ is certainly a misnomer! The cardboard container of chicken and noodles didn’t taste any better than fast food and I’m pretty sure it isn’t any healthier either. Oh well. Tomorrow the kids come for a week and there’ll be no shortage of great ‘home-cooked’ meals!

Speaking of which, tomorrow the kids arrive! I’m so looking forward to that. It’s the reason I’m here! It will be great to spend another ‘holiday’ together.

After ‘dinner’ I tried watching a subtitled Swedish movie on Netflix again. I started it a couple of nights ago and quickly fell asleep. I made it about 30 minutes further into the show tonight but in the end all that fresh air and exercise took its toll and I surrendered to the night.