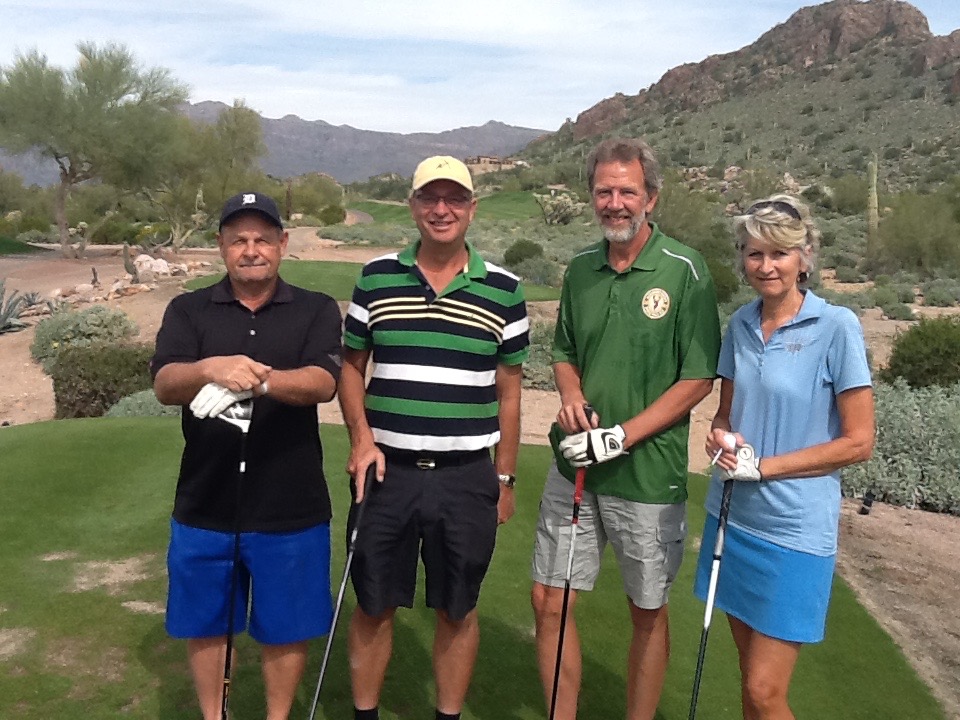 Leftover crepes for breakfast. The plan was for the Hildebrands to go visit the Mesa market and maybe tour the Boyce Thompson Arboretum while Sue and I joined Ed Peters and Dave Driedger for a golf game at Dinosaur. We left at around 11:30, hit a few balls at the driving range, and then teed off at 12:20. The first hole is pretty tough; I’d played this course once in November and that time I think I shot a 10 there. Today I shot a five. So far so good. 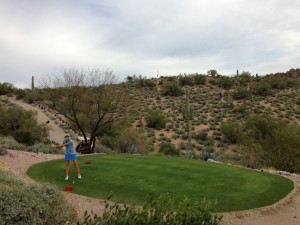 On the red tees 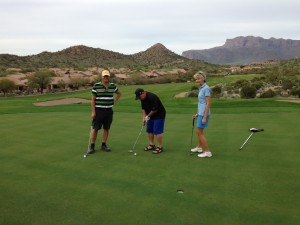 Unfortunately, that’s where my luck ended. Hole #2: I criss-crossed the green, chipping the ball from bunker to bunker to bunker. I decided NOT to mark my score — no point in recording my misery — and just enjoy the scenery.

Sue, on the other hand, played an ‘okay’ game, and Ed and Dave were making most of their shots. Dinosaur Golf Course is famous for its panoramic mountain views. Today, even though my game was going down the toilet, not all was lost; the weather was comfortably warm, the beer was refreshingly cold, each tee box presented spectacular vistas, and the company was _____ (find your own adjective) great. So, all in all, a fine way to fritter away an afternoon. 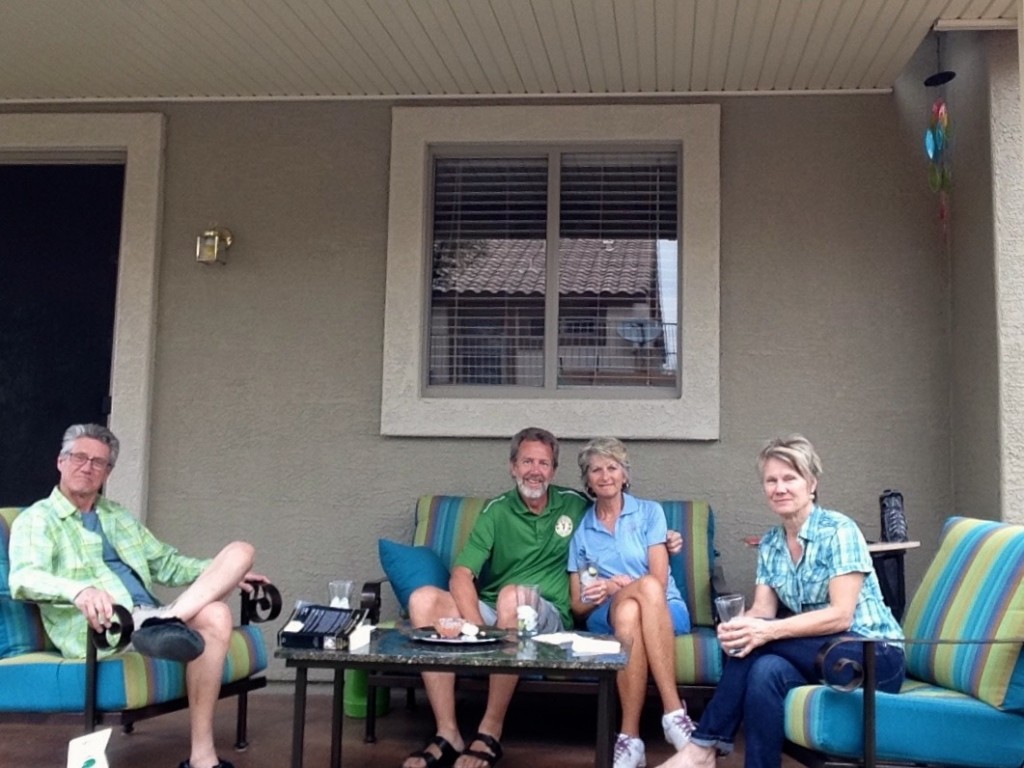 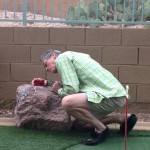 We were done and back at home by around five. Time for happy hour in the backyard. The Hildebrands had done a bit of shopping but had opted not to go to the park. Now, the four of us had some chips and salsa with our drinks, sat and visited in the backyard, and waited for ‘supper time’. Ed read a few excerpts from the diary of Noel Coward (a playwright who was famous in the mid-1900s) while the girls drank wine. Finally, a little after 7 o’clock, we were hungry enough to go for supper.

The Hildebrands were taking us out. We hopped into our van and headed out to Apache Junction, to the Handlebar Pub. Unlike the last time we were there, the evening was warm enough for us to sit at an outside table (under a propane heater). We could just barely hear the live band that was playing in the bar over the sizzle from the outdoor grille. The smoke and aroma of frying burgers wafted over us. Good food and good conversation managed to erase any remaining negative thoughts I had about what a crappy golf game I’d had that afternoon.

Back at the ranch, there was some discussion about the possibility of another crib game — but I quashed that and forced our visitors to watch yet another ‘documentary’ on TV. Sue slept through most of it, and my head bobbed a few times as well. I ended up fast-forwarding through the last half of ‘Man on Wire’ before finally releasing everyone to their bedrooms.