When I got back I got the bacon and eggs going. I fried the bacon on the barbecue burner outside so I wouldn’t stink up the house. The eggs didn’t turn out as well as the bacon did but all was edible so that’s how we took care of it.

I had to hurry a bit to make it to Mountain Brook for our 10:20 tee time, but we made it. Robert and Arlene met us there. We bashed away at a bucket of balls just to prove that we could hit long and straight before we actually teed off. Then things fell apart for some of us. Well, with all thoughts of a ‘great’ round shattered by the time we reached the second tee we had “nothin’ left to lose”, to which Kris Kristofferson says, “Nothin’ ain’t worth nothin’ but it’s free”. “Free” is good with me.

So we continued on that trajectory. And after nine holes the whole day so far was redeemed by a very fine hot dog from the Mountain Brook clubhouse kitchen, along with a draft of Kiltlifter. So all was not lost. We persevered and continued on. Things improved. The temperature was a bit cooler than yesterday and the wind was still gusting pretty good, but we were putting up a valiant defence and would not be denied two days in a row. By the time we reached the eighteenth green Dave and I were golfing scores that were more in line with our abilities. I, at least, was happy for the improvement. Still, the final score was not worth mentioning, so I won’t. 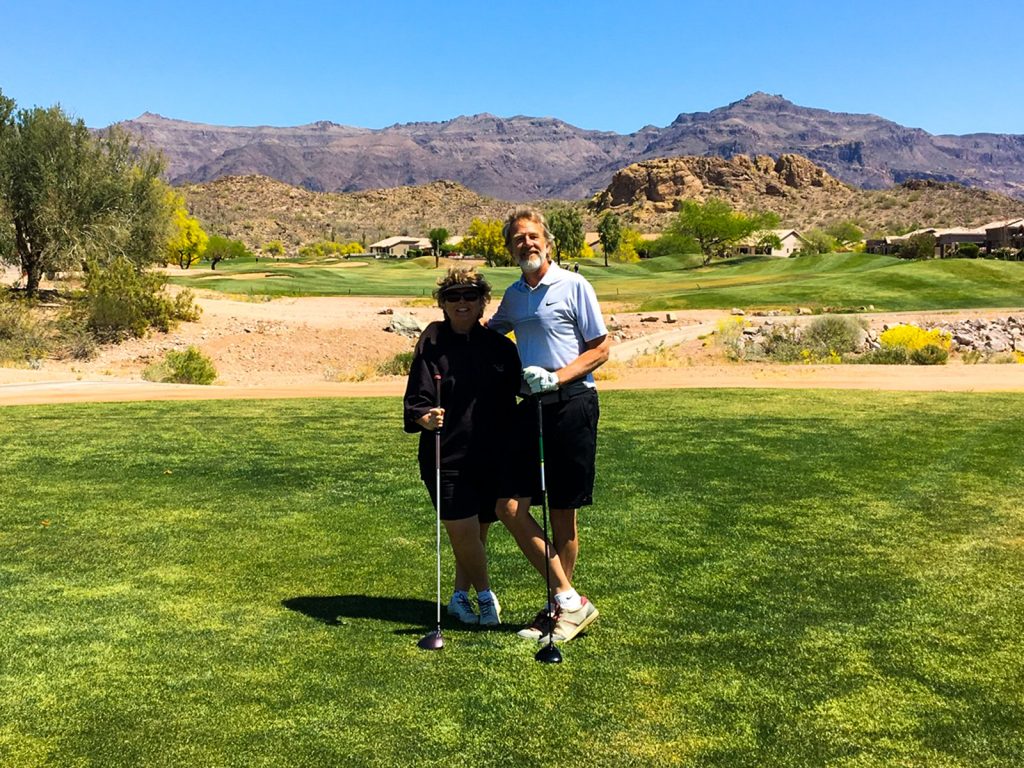 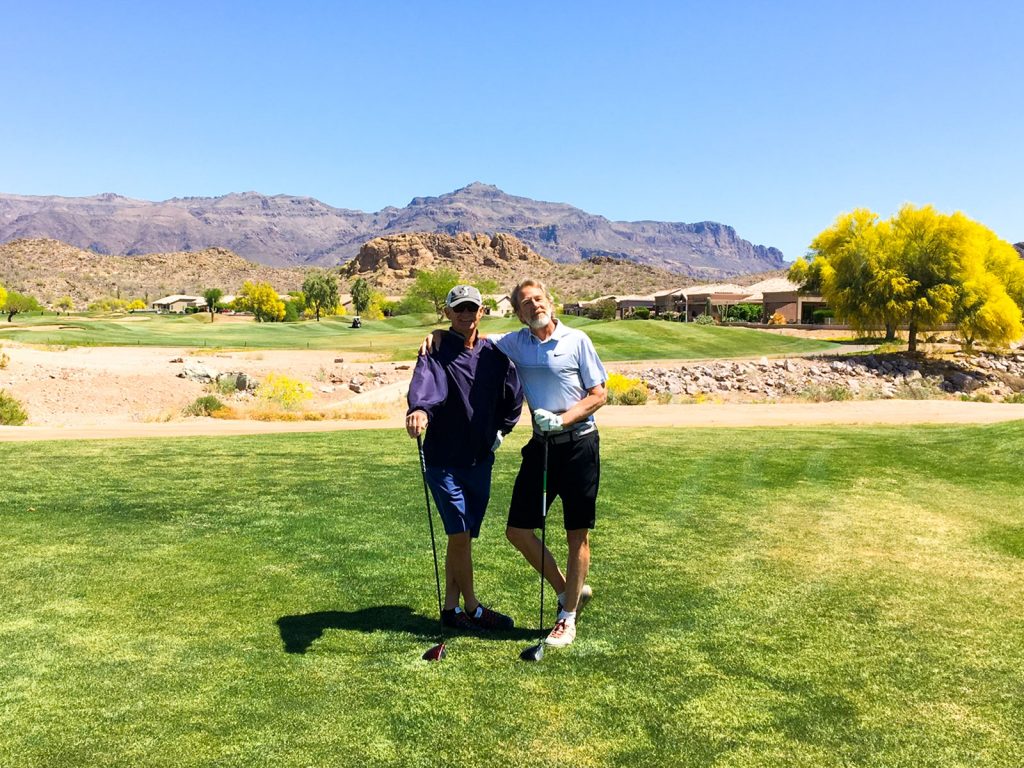 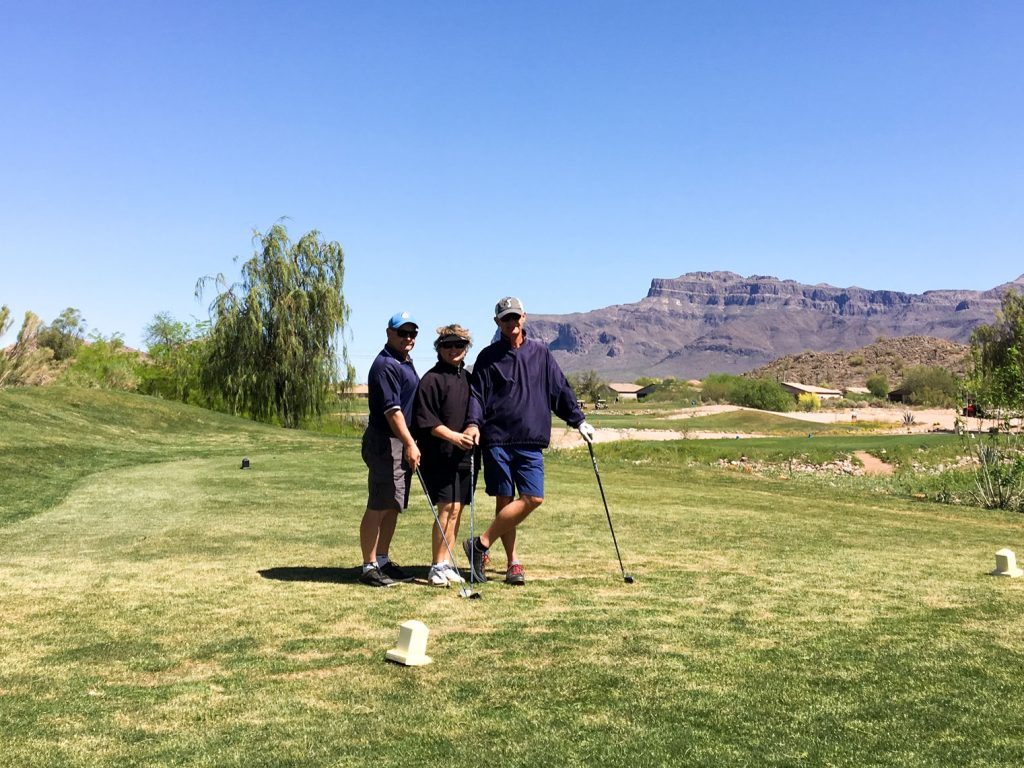 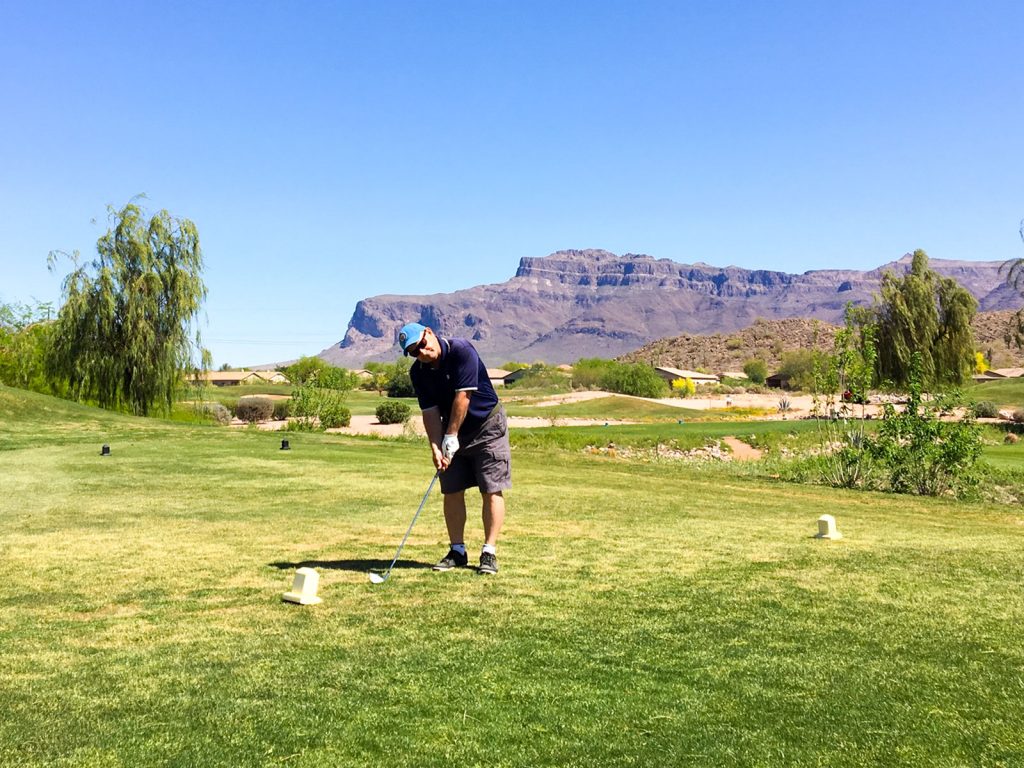 We went home at around 2:30, a couple of hours before todays’ crucial (second) Stanley Cup playoff game against the Minnesota Wild.

The Dycks stopped by for ‘happy hour’ before it was time for the ‘O Canada’ from the game. We sat around drinking our gin and tonics and refused  to touch the chips and salsa that the gracious host (me) put out before us. Then we hopped into Robert and Arlene’s Honda and zipped over to Wahoo’s, hoping that they would still be showing the game on at least one of their TVs even though the Rogers’ deluxe NHL online package was letting us down. And sure enough, the first TV we spotted inside the bar was already showing Winnipeg’s “white out” fans going wild outside the MTS Bell Centre. It only took Dave a minute or two to spot his wife MaryLou right there in the middle of all those crazy fans, cheering on the Jets.

We quickly ‘reserved’ a table with a front-row seat for the game and began the task of cheering on the Jets. Vigorously.The guys sitting at the bar who kept giving us ‘dirty looks’ every time we got a bit loud ultimately decided to leave rather than to confront us. The poor Minnesotans sitting in front of the TV next to us didn’t have a chance against us rabid Winnipeggers tonight. We out-cheered them. Our Jets would not be denied tonight. 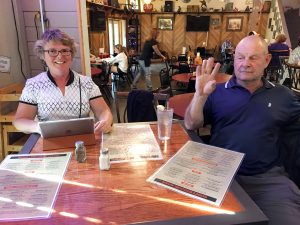 By the time we’d washed down our taco pizza with a few Kilt-lifters the Jets had not only out-shot the opposition, they had out-scored them too. Good thing! I don’t think we could have handled anything but a win.

We boys nominated Arlene to drive us back to the house, where we continued the celebration by finishing off the two ice cream bars in the freezer and the two leftover partial bottles of port. All was right with the world. The Jets are up 2-zip.

The celebration continued for a little while at our house. Although it was still relatively early in the evening, by nine o’clock our guests had had enough and it was time to say good-night. We will meet again tomorrow afternoon at Sidewinder for one more golf game.

I still had to write my journal entry for today. I opened my laptop and began writing my journal.

It was after eleven when I awoke. Dave had gone to bed. The TV was on. My computer was open on my lap. The last paragraph I’d written was incomprehensible. I turned out the lights and went upstairs to my bedroom. Took out my contact lenses. Deleted the last few paragraphs of jibberish from my blog. Uploaded the photos I’d taken on the 16th tee box today. Done.

Tomorrow is my last day here in Gold Canyon. One more day and one more night. My time here has gone quickly. It’s been fun. But now it’s time to go to sleep.