Well, my month here is coming to an end. Tomorrow morning Dave and I will begin our road trip back home.

I woke up early. Dave slept for another hour or so. I made coffee and had some fruit. I started gathering things to pack. At around 9 o’clock I went for one last bike ride — up and down the hill on Don Donnelly twice. I guess it will be a while until I ride it again. And it sure is pretty here in the desert now — so many desert plants are blooming. Dave went on a bike ride after I got back. I took the bikes apart so they are ready to pack into the van. 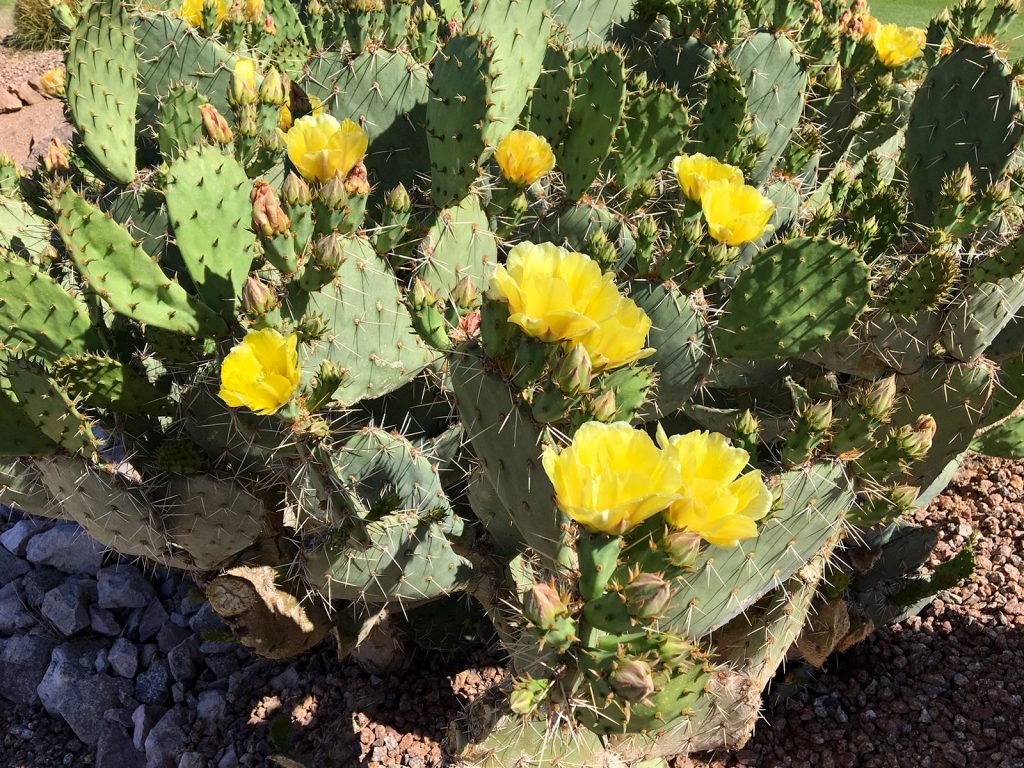 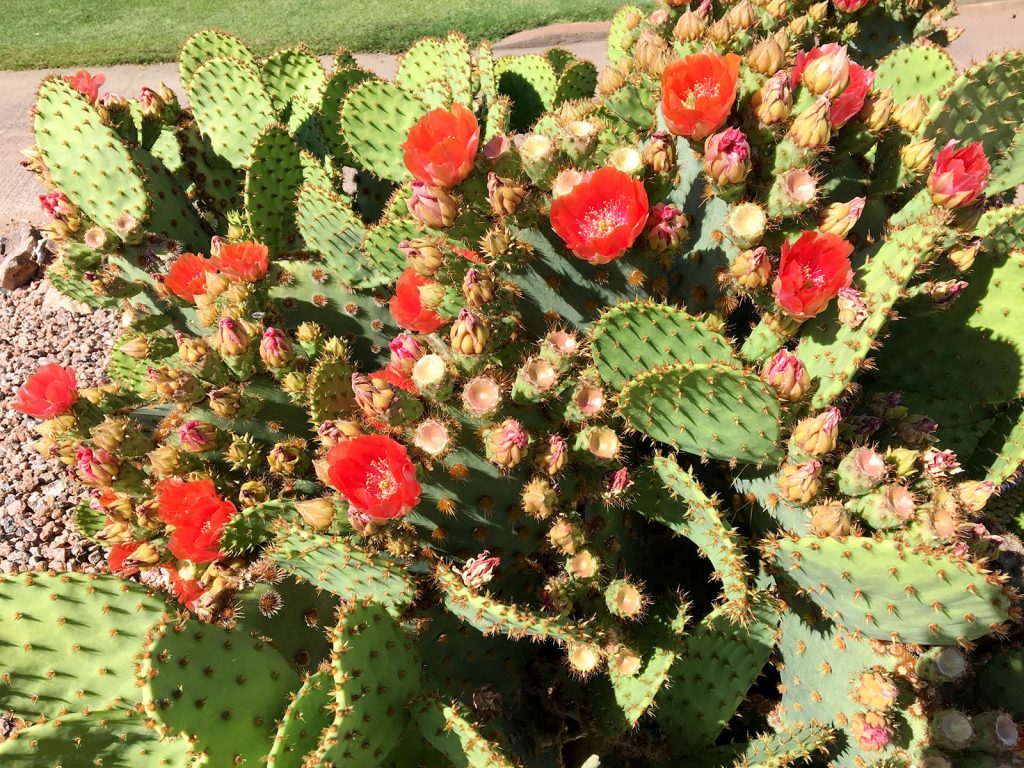 After my shower I put a load of laundry in. While that was going I packed my clothes into my big suitcase. At lunch time Dave and I made sandwiches with whatever was still in the fridge. Then Dave had a nap on the couch while I continued to pack.

At around 2pm we drove to the Gold Canyon Golf Resort. Robert and Arlene were already there, waiting for us. Their clubs were in my van! We registered and were at the tees about 20 minutes BEFORE our 2:38 tee time.

I golfed better than I often do. Dave, on the other hand, was having a tough day on the course. The conditions were perfect. The temperature was a comfortable 24 degrees, there was a light breeze, and we never had to wait for the group ahead. And as the afternoon turned to evening, the shadows added to the spectacular views. 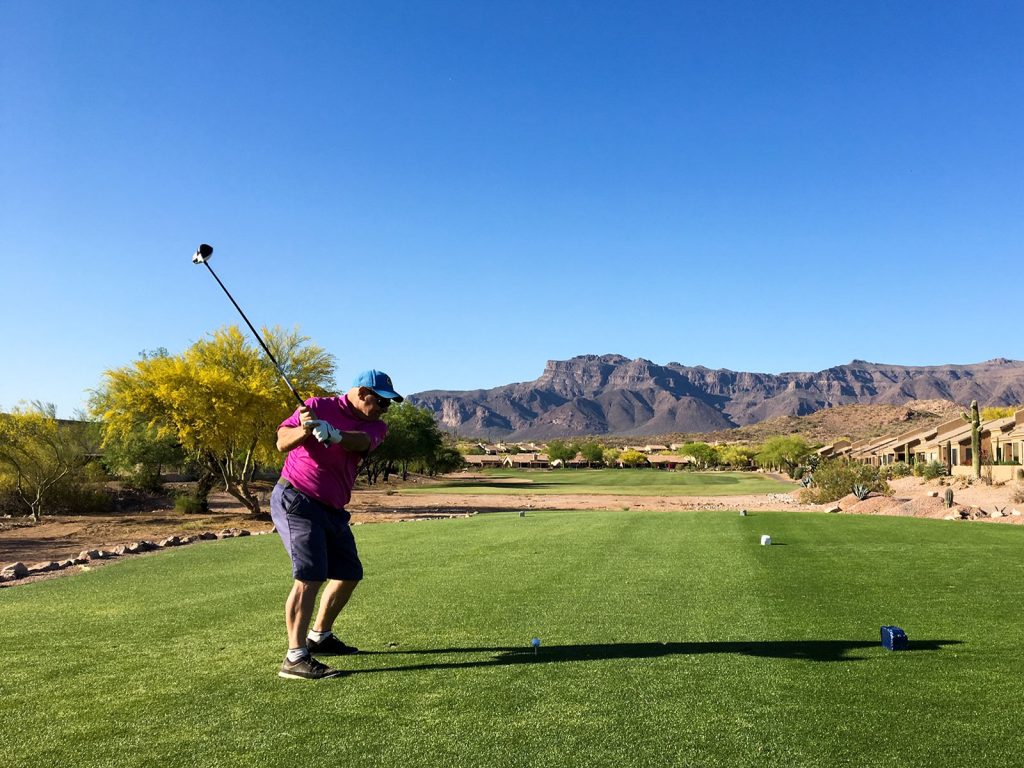 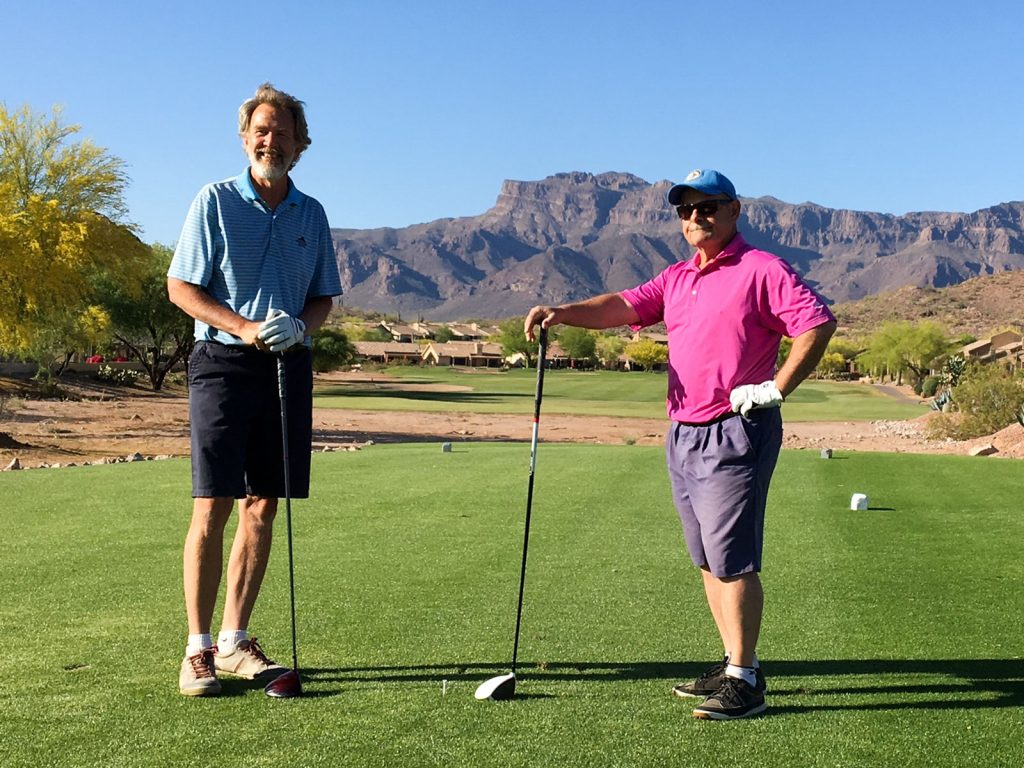 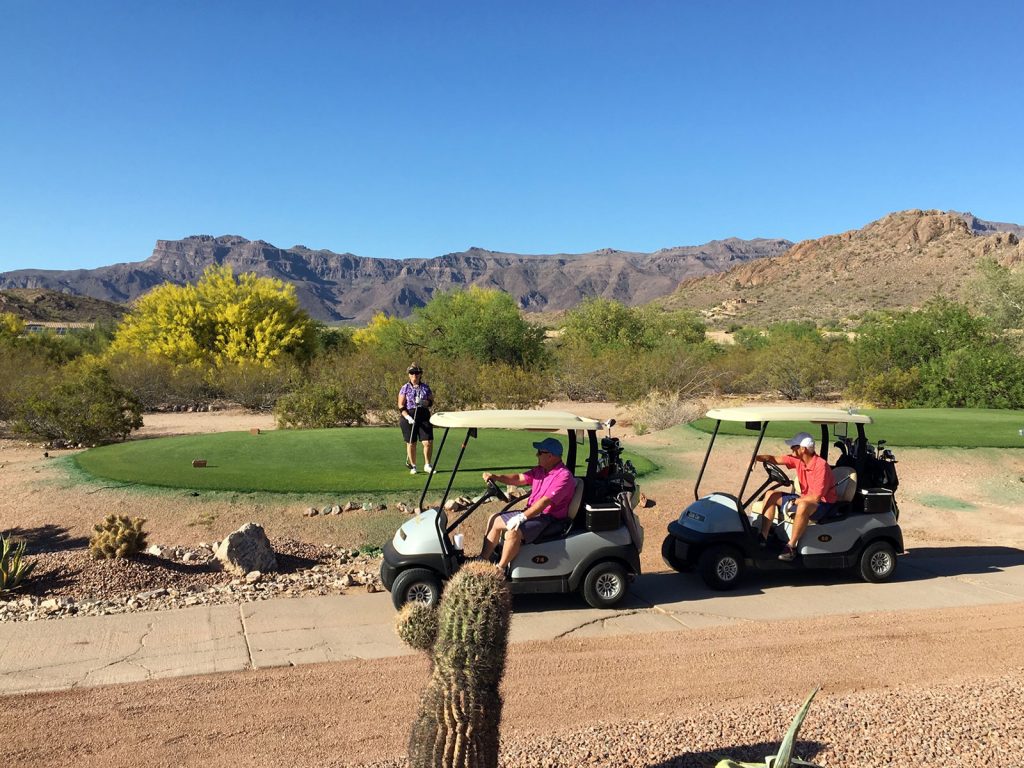 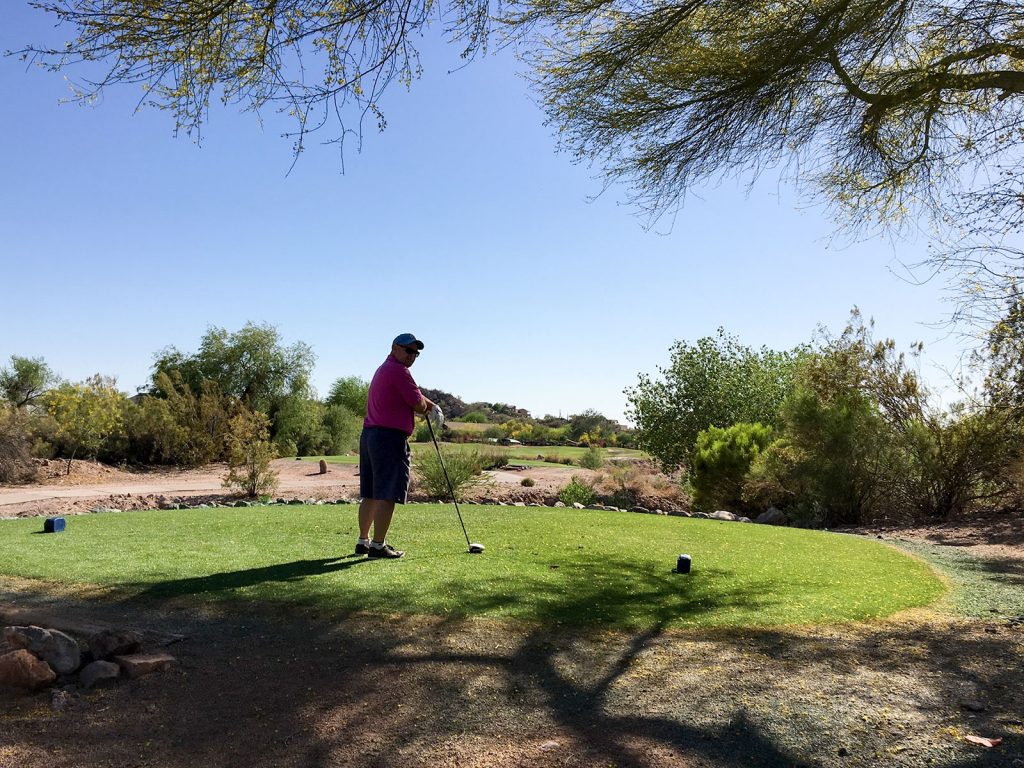 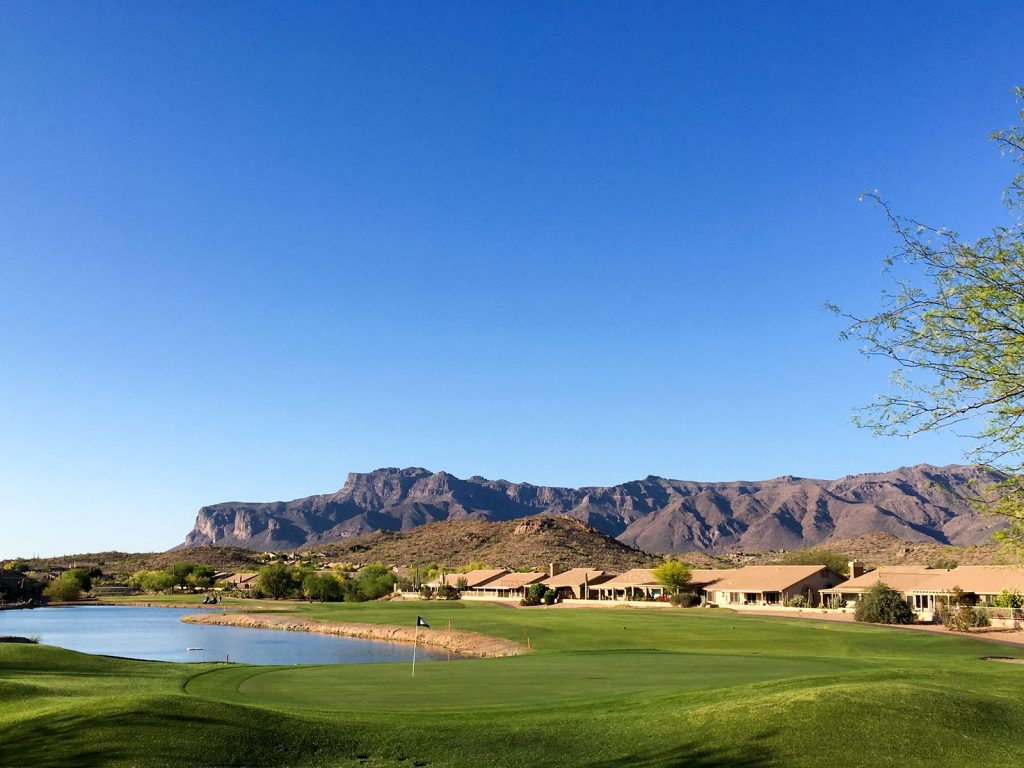 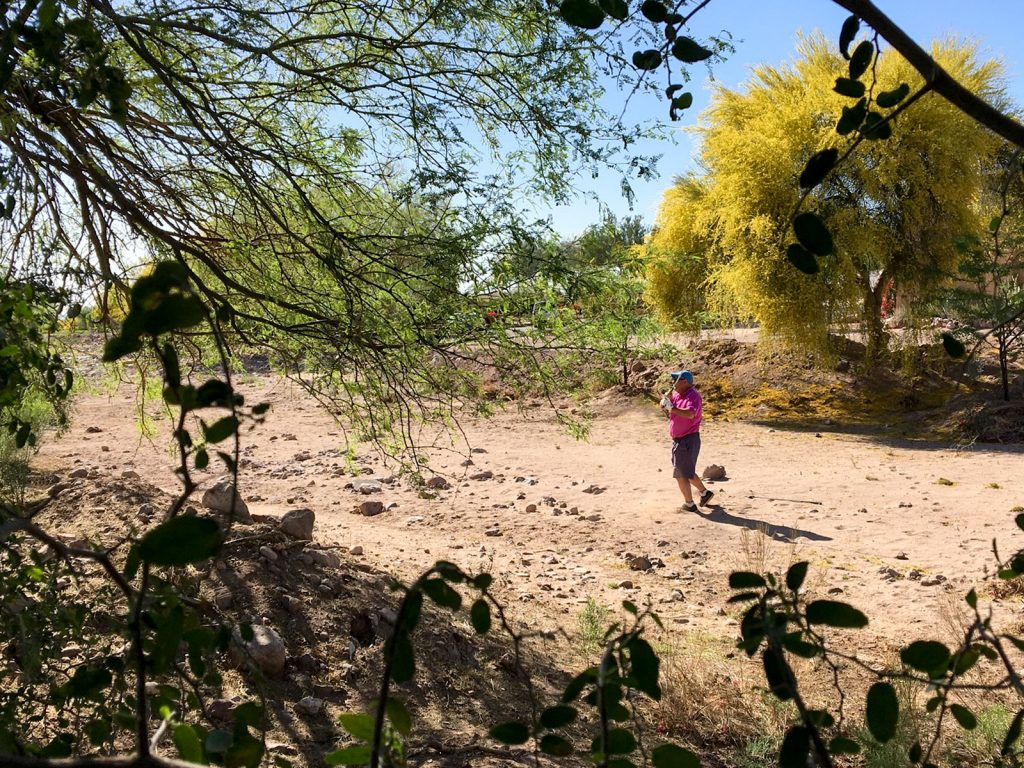 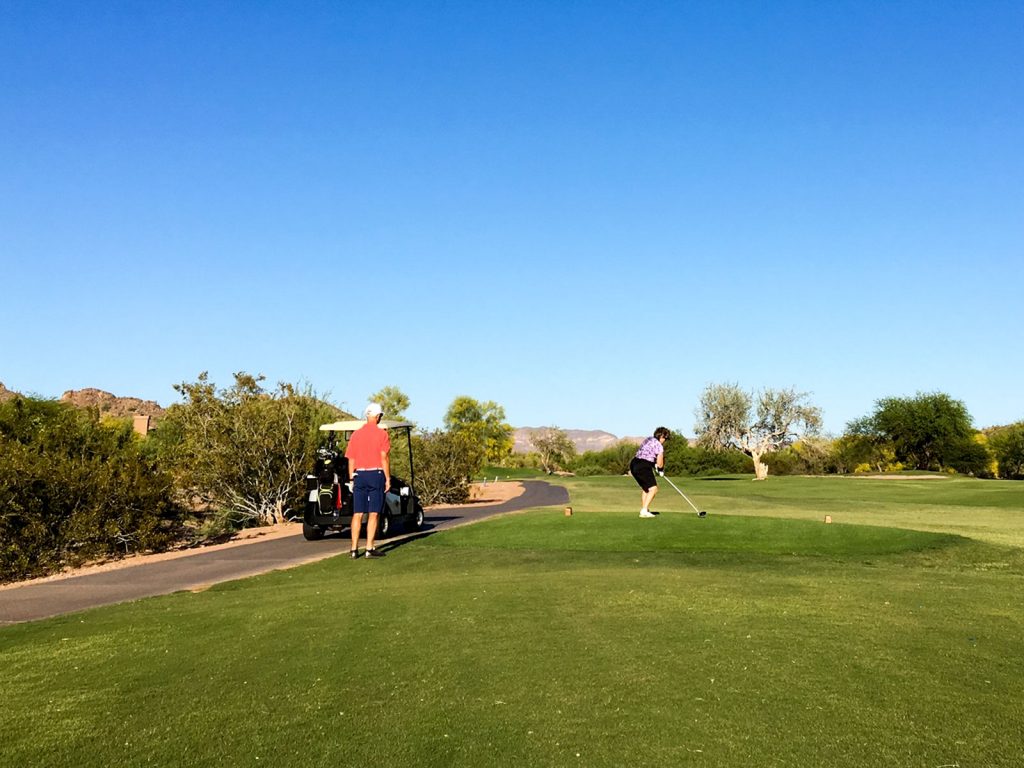 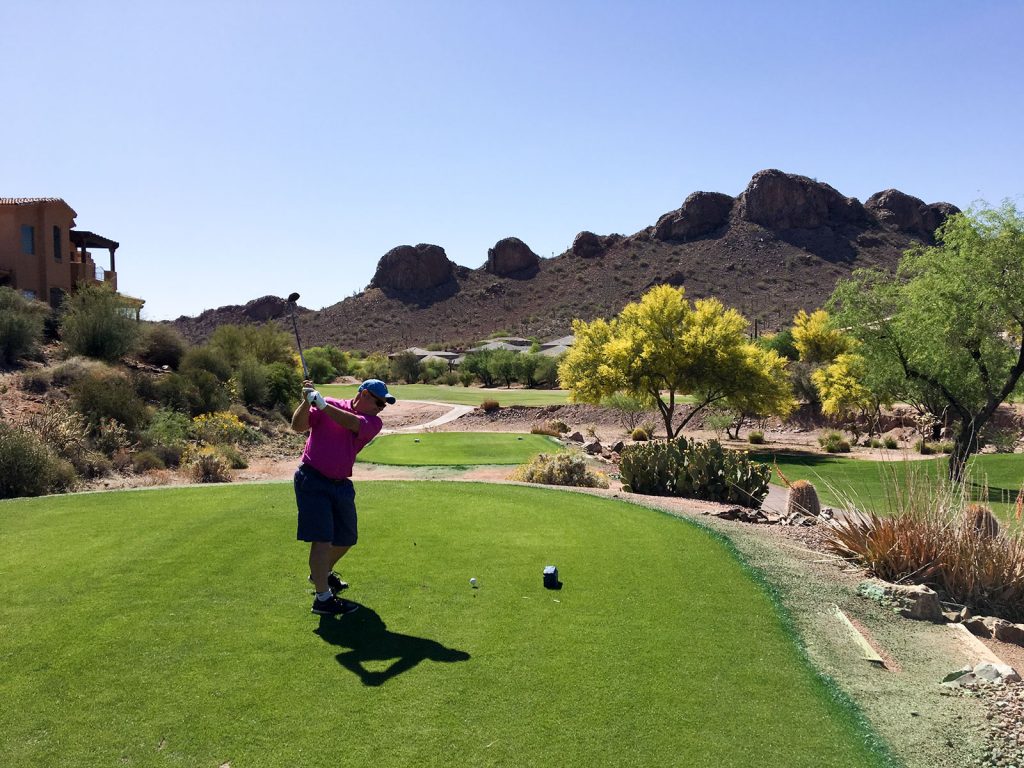 After our round we drove into Apache Junction to visit the Handlebar Pub & Grill. It was on Dave’s ‘to-do’ list, and Robert and Arlene had never been there before. We waited outside for about half an hour and then got a table near the band. We ordered hamburgers and listened to two guys on guitar singing familiar songs. 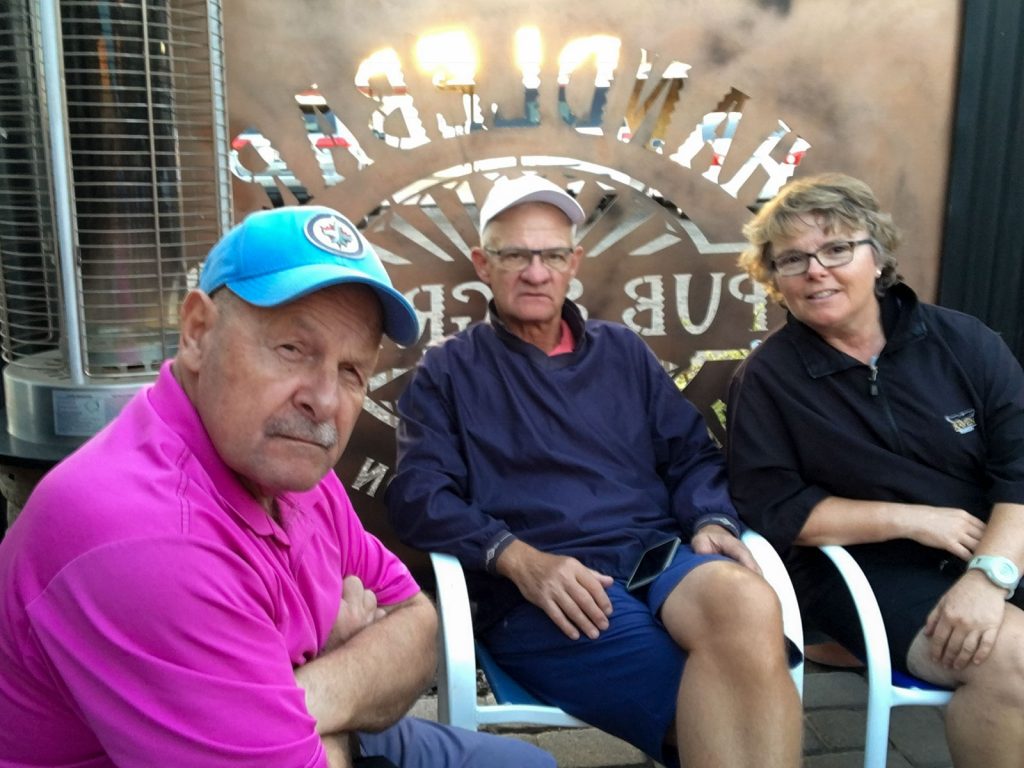 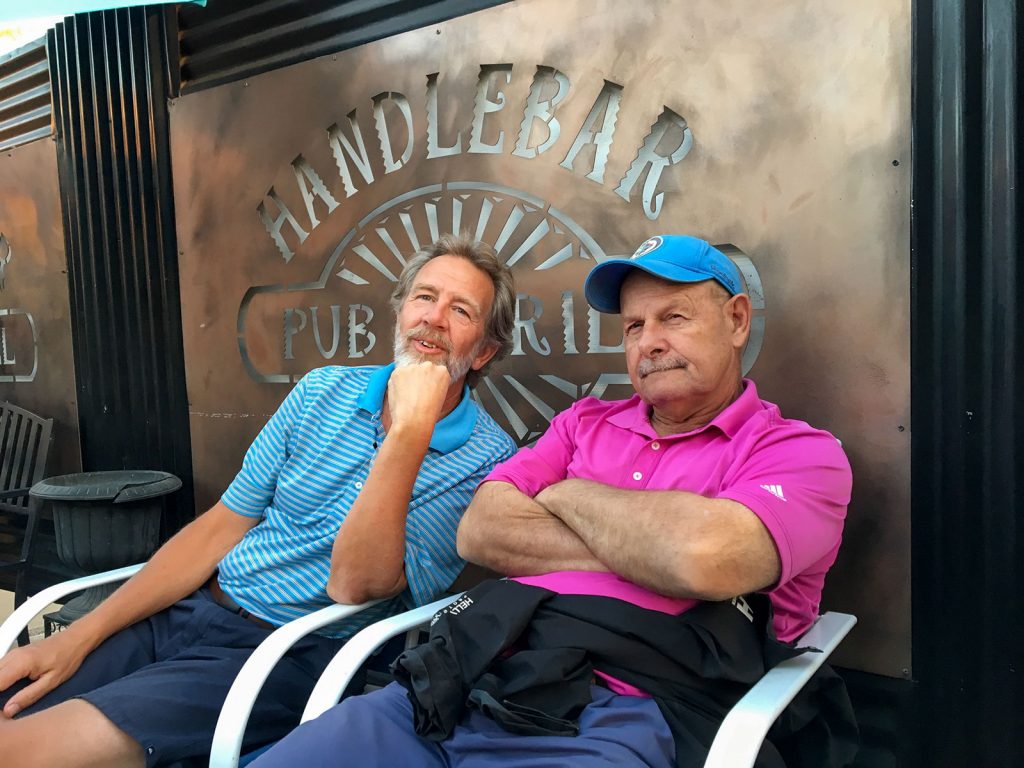 After our meal it was time to say goodbye. Robert and Arlene were getting up VERY early tomorrow morning for a flight to Calgary — they have a meeting there but will fly back on Tuesday and then drive their motorhome back home beginning on Wednesday. It’s been good to have their company here at the beginning and at the end of my stay here.

Dave and I stopped in at Walmart and then at a gas station to fill up so we’re ready to leave early tomorrow. Our plan is to stop at Bashas’ for morning coffee and pastry, then head down the #60 through Globe on our way to either Albuquerque or Santa Fe, New Mexico. We may try to get one more round of golf in, perhaps in Show Low.

When we got home I packed the bikes and clubs into the van. I watched Saturday Night Live and then shut it down for one last night here on Hidden Treasure Lane. Good-night.