For the righteous falls seven times and rises again, but the wicked stumble in times of calamity. Proverbs 24:16

It was another slow day in paradise. After yesterday’s hard workout on the golf course, Dave and I were taking a day off. We needed a break. Our bodies need a ‘recovery’ day. So even though it was a very pleasant (cloudy) day, we didn’t take advantage of it. After breakfast each of us found a quiet corner to do our own thing. I was too tired to write my journal last night, so I did that this morning. And I had a little FaceTime visit with Alex and Max. I started reading a new book I downloaded to my Kindle.

Around lunchtime, Dave and MaryLou headed out to the La Isla mall to do some shopping. I set up my laptop on the kitchen table and went back to work on my coding project. 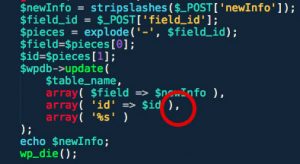 The cool thing about writing computer code is that it’s okay if you make a mistake. If you make a mistake no one will get mad at you or yell at you or mark your work with a big red X. No, when you are programming you get to ‘debug’ your code. It’s a normal part of programming. Everybody does it. I sort of wish all my mistakes were like that. It’s true, I was getting quite frustrated with my project — I just couldn’t get it to ‘work’ — and I knew that it was my responsibility and that ultimately I would have to figure it out and fix it. And that’s what I did today at a little before three o’clock. I found the error — I had omitted one little comma — and I fixed it. And after hours and hours of looking through website tutorials and trying a hundred different things, it WORKS!

Pepe was walking by my open window just about that time. I had just poured myself a celebratory Modelo Especial. He stopped to chat. He suggested that maybe a bit later he might take us for a tour of that big fancy golf course a couple of miles north of us. So when Dave and MaryLou got back from their shopping trip I let Pepe know that we’d be ready to go whenever it was convenient for him.

Pepe came by just before 5 o’clock. MaryLou decided she’d rather stay home, so it was just Dave and me on the tour. We drove through the front gates of the 8-year-old country club and stopped at Pepe’s twin brother’s house. Antonio is a member of the exclusive club. He would show us around. The Jaguar Course is a signature golf course designed by Jack Nicklaus. It is ranked as one of the top courses in México. 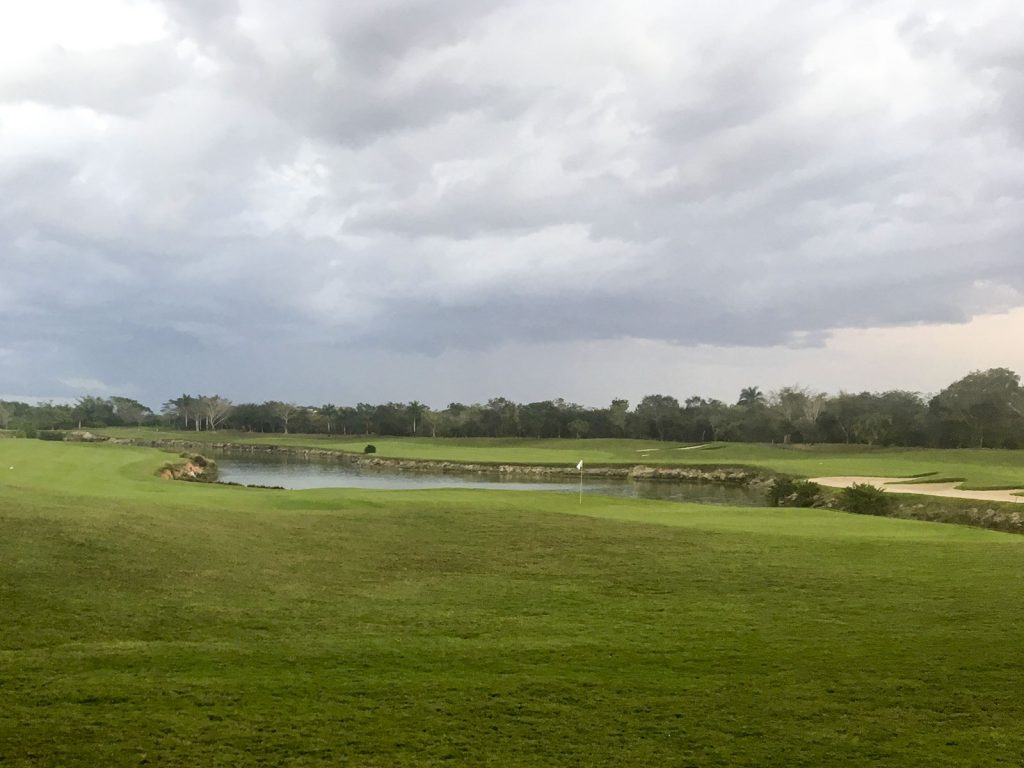 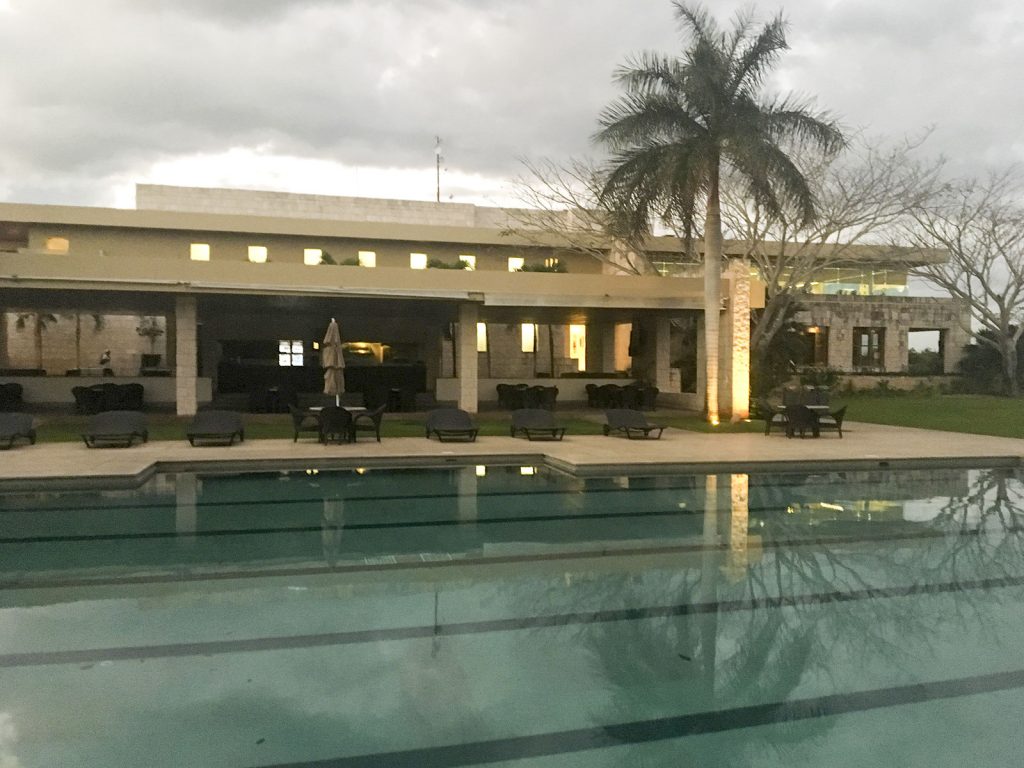 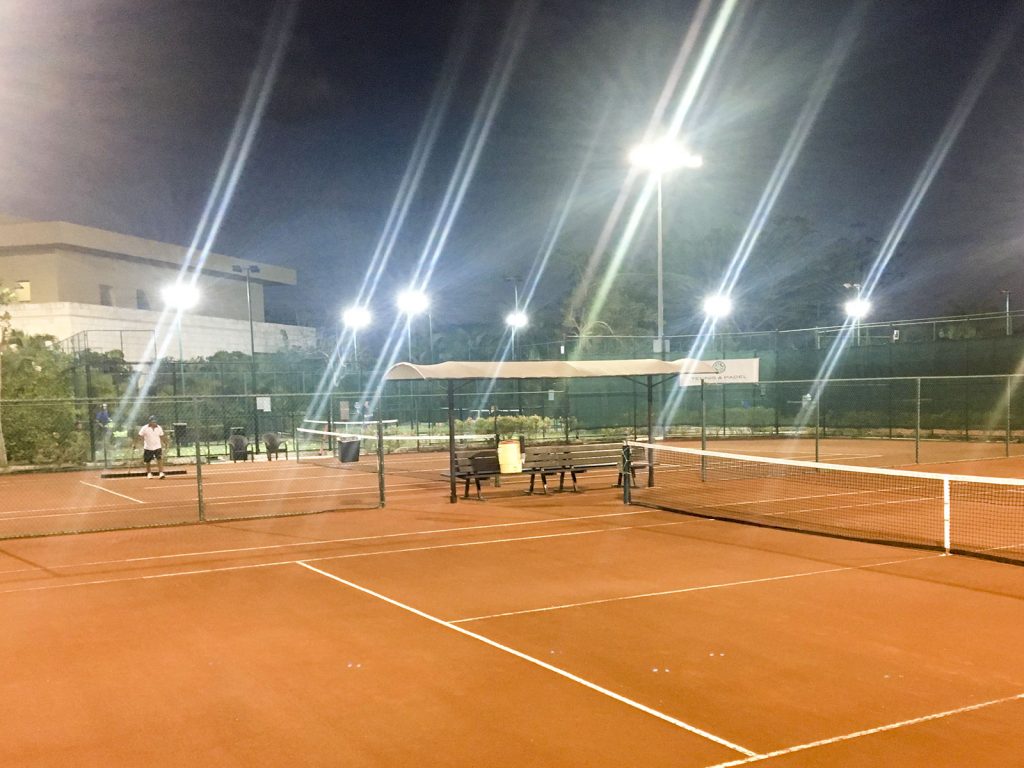 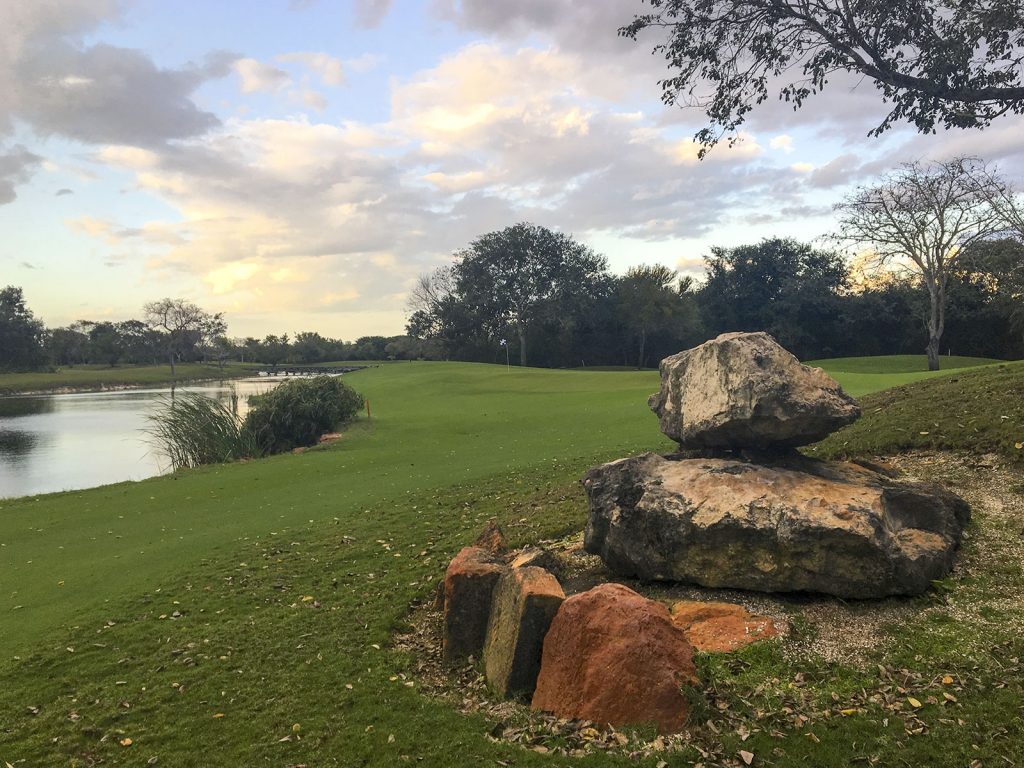 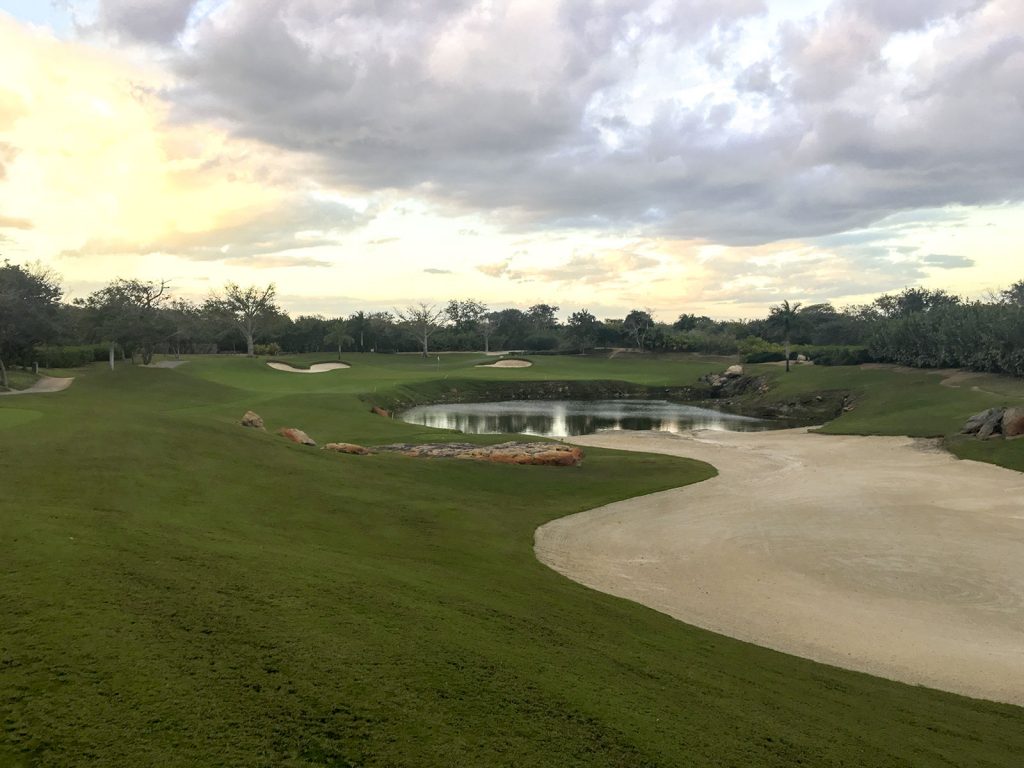 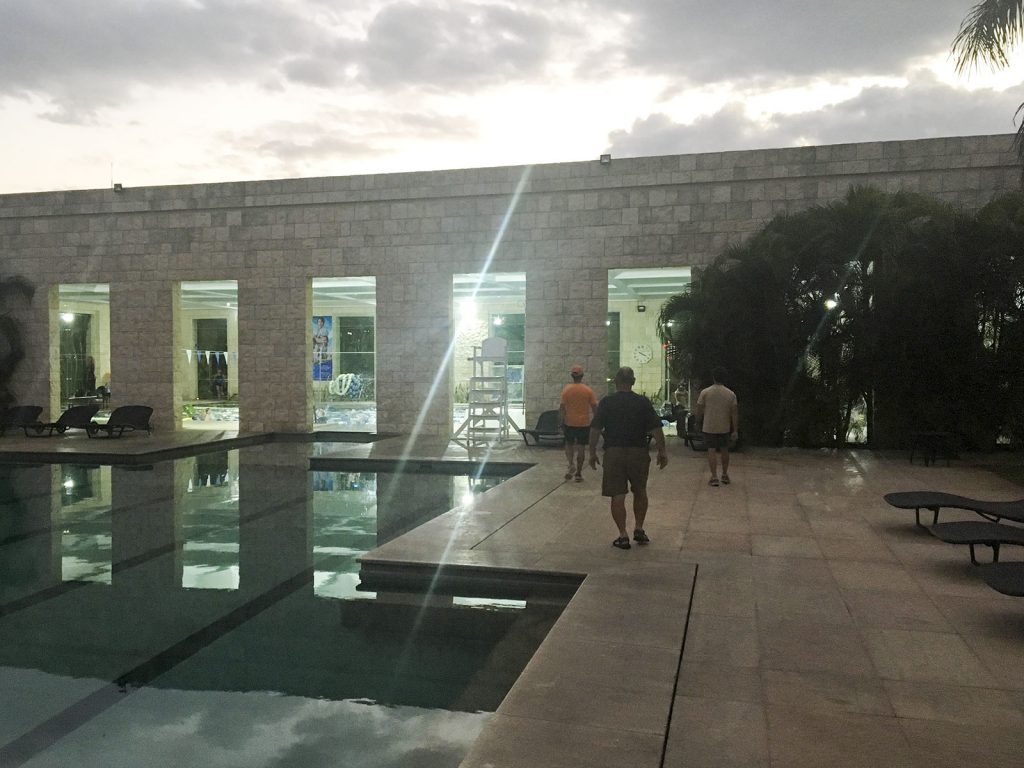 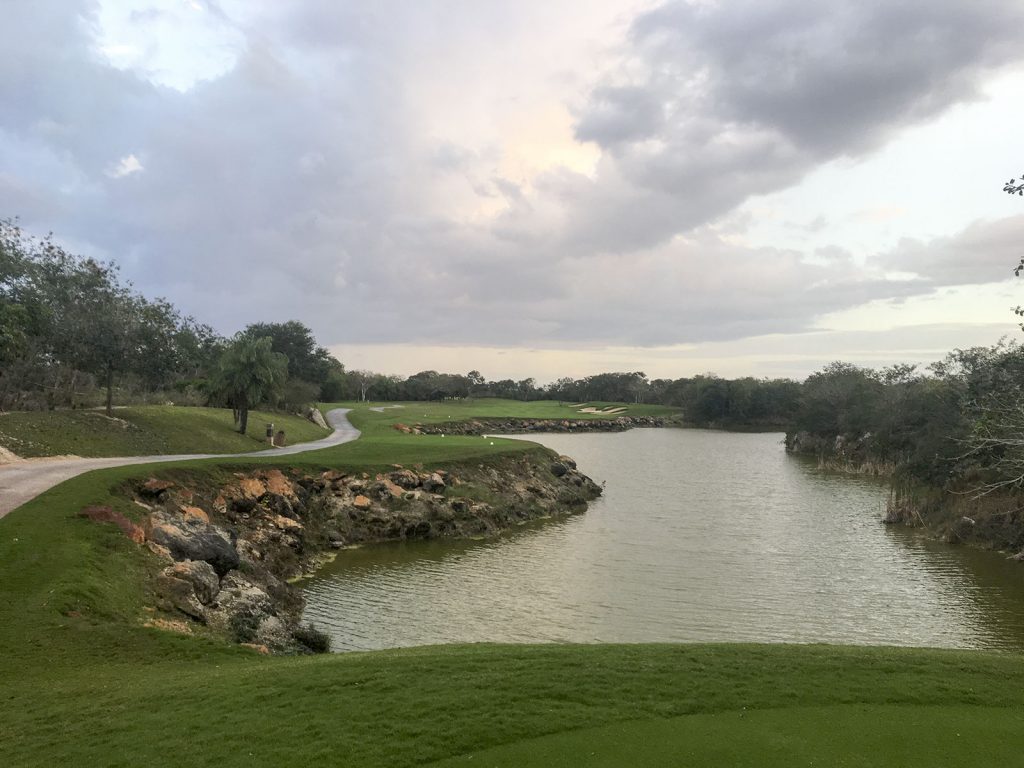 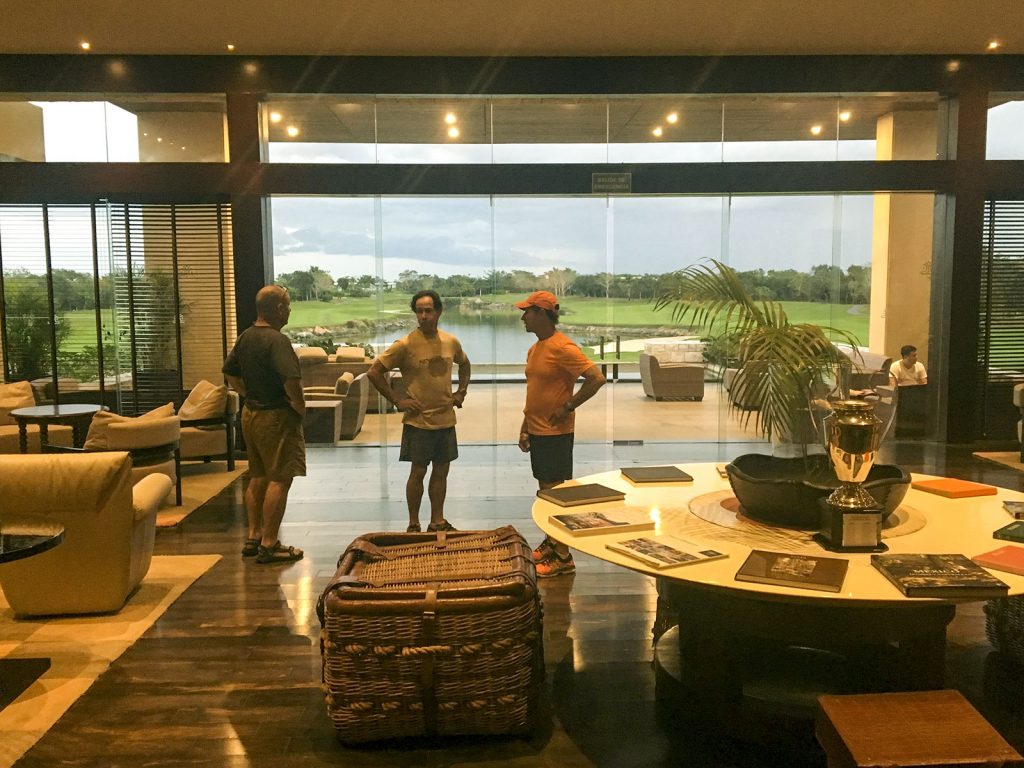 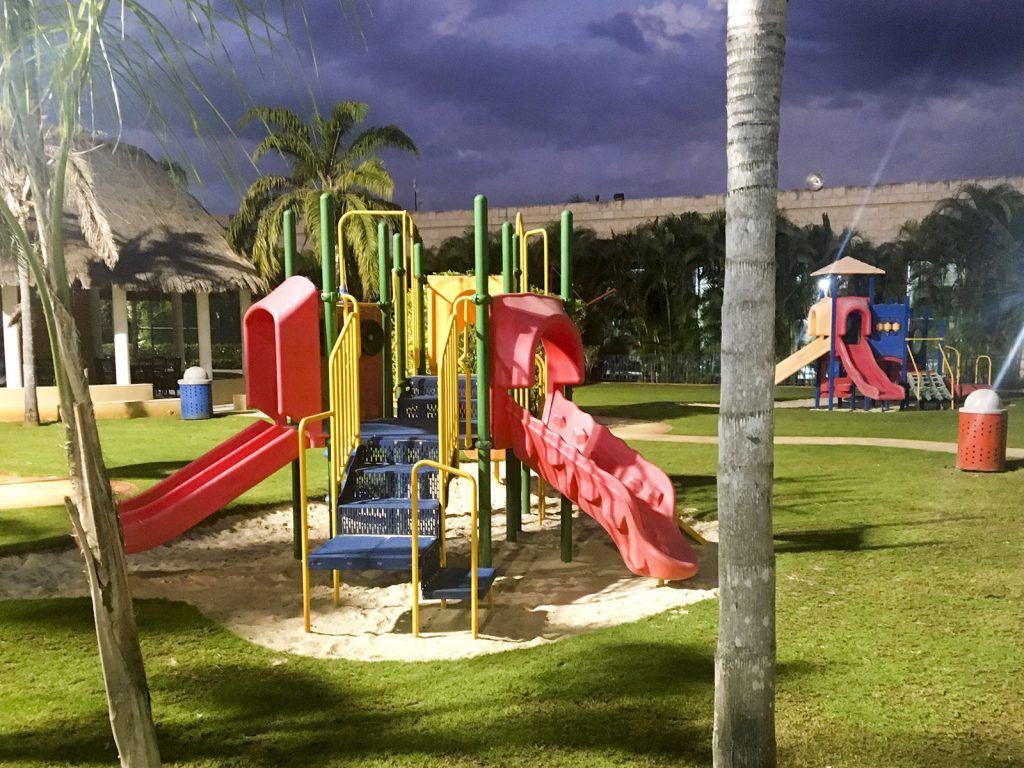 We started by walking a few of the holes on the course, which is closed to golfers on Mondays for regular maintenance. There had been a major tournament here on the weekend so there were quite a few club marks and divots on the fairway. But the grass on the course was lush and green.

We went for quite a long walk, and by the time we got to the clubhouse and the big sport complex in the center of the country club it was getting dark. Antonio took us into the lounges and the gym and the Mark Spitz swimming pool and the clay and hard surface tennis courts. It was all first-class and very impressive.

Antonio called his wife to come pick us up from the country club. We squeezed into her car and she gave us a ride back to where Pepe had parked his car. We said goodbye to Antonio and thought that was the end of the tour. But Pepe had more to show us. He drove around the exclusive development and although it was quite dark by now, showed us some of the very expensive homes there. And then we went to an apartment complex where Pepe owns a suite which he rents out. So we took another walk to see the gym and the pool and the man-made lake, etc. It was getting close to 7pm. MaryLou was already texting, wondering where we were staying and what about supper.

We drove back into our La Ceiba country club and parked the car. We thanked Pepe for the tour and said goodnight. But no, we’re not done. Pepe wanted to show us HIS home as well. So we walked across the street and were invited into Pepe’s home. It turns out to be quite an unusual building. His house is octagonal, with a central courtyard. It’s really a lovely home, and Pepe and his wife Kiki were proud to give us a tour. We finally bid another goodnight and got back to our house. I think MaryLou had watched a movie and a mini-series on her laptop while we were gone!

Dave made special (boiled AND fried) hotdogs to go with the authentic Mexican salad MaryLou had learned to make on her recent cooking tour here in Merida. I made caesars.

After supper MaryLou went upstairs while Dave found a basketball game on his iPad. I cleaned up the dishes and went upstairs to look at my photos of the golf course and listen to music.

I went downstairs for the (Krispy Kreme) night snack. I ended up watching the Whitney Houston story on Netflix before going to bed. Patio door is open, screen door is letting some nice night air into the bedroom. I’ll go to sleep thinking about missing commas.