Not in that order.

Had a lazy morning. Sue phoned almost all her friends all morning. I phoned my mom and dad. Fiddled a bit more with my TV antenna — I now get NINETEEN channels over the air, originating from Tucson, some are even in English! After lunch Robert came by and we drove out to the parking lot at Superstition. It was a bit cloudy, not too hot, perfect for a hike. So, instead of NO photos today, I have a whole gallery! 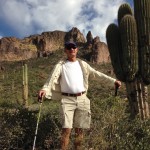 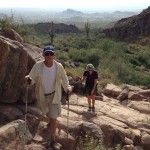 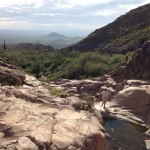 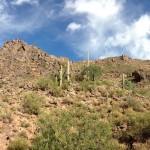 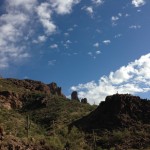 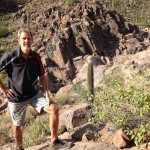 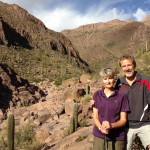 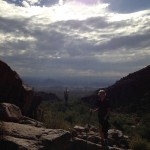 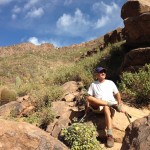 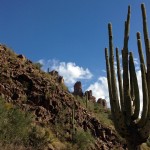 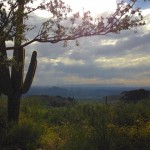 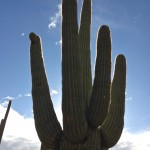 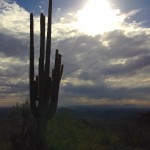 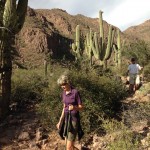 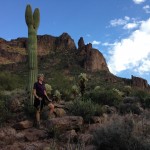 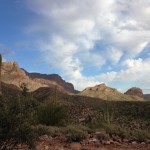 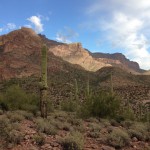 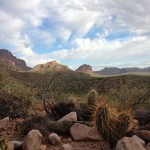 We decided to go out for pizza and a movie on our descent. When we got home and checked the movie times online I realized the movie I had chosen wasn’t even being shown until mid-December. Plan B. Sue chose another movie — “Gone Girl” — a movie she’d seen before and thought we would all find entertaining. The showtimes for “Gone Girl” meant we would have to hurry to the pizza place, eat an early supper, then get to the theatre in time for the 6:30 show. We called the Dycks and it was arranged. 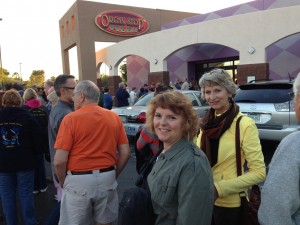 We’d heard about the Organ Stop Pizza place from others who had been there. I was a little leery about it, but I figured we should at least check it out. It had been described as a big pizza restaurant built around a huge Wurlitzer organ, with hourly performances. When we got there the sign said it opened at 5:00pm. We were 5 minutes early! And there was a lineup! This MUST be a good place! 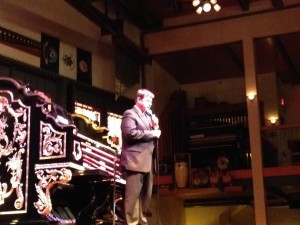 Once inside all our worst fears were realized. After ordering at the counter (first your pizza, then another line for drinks, then another line for ice cream) we entered a large hall with rows of picnic tables and sat down to wait for our order number to appear on the overhead display. And while we were waiting for our number to come up, the show began! Up from the stage arose a over-sized ‘Liberace-style’ organ. The organist took requests and then played various movie themes and 80’s love songs accompanied by lights and pipes and drums and keyboards around the hall danced along. Chuck-E-Cheese for seniors!

Too bad we didn’t have time for the ice cream dessert! We had a movie to catch. We drove back along Hwy 60 to the Harkins movie theatre. Had to hurry there too — the theatre was almost full. Luckily Sue found us four seats in a row on the far left, row 2. And for the next two-and-a-half hours we lay back in our chairs, necks craned back, and watched “the most elegant, exquisitely made trash”. Twists and turns and sex and violence all rolled into one big beautiful entertainment package.

Robert delivered us to our place after the movie. Not too much discussion on the ride home — we would need some time to process all we had heard and seen tonight. We said goodnight and soon headed off to bed. Tomorrow’s Saturday — we’ll have bacon and eggs.